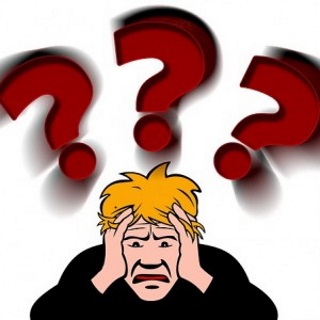 Most People Cannot Even Imagine That An Economic Collapse Is Coming
The idea that the United States is on the brink of a horrifying economic crash is absolutely inconceivable to most Americans. After all, the economy has been relatively stable for quite a few years and the stock market continues to surge to new heights. On Friday, the Dow and the S&P 500 both closed at brand new all-time record highs. For the year, the S&P 500 is now up 9 percent and the Nasdaq is now up close to 11 percent. And American consumers are getting ready to spend more than 600 billion dollars this Christmas season. That is an amount of money that is larger than the entire economy of Sweden. So how in the world can anyone be talking about economic collapse? Yes, many will concede, we had a few bumps in the road back in 2008 but things have pretty much gotten back to normal since then. Why be concerned about economic collapse when there is so much stability all around us?

Unfortunately, this brief period of stability that we have been enjoying is just an illusion.

The fundamental problems that caused the financial crisis of 2008 have not been fixed. In fact, most of our long-term economic problems have gotten even worse.

But most Americans have such short attention spans these days. In a world where we are accustomed to getting everything instantly, news cycles only last for 48 hours and 2008 might as well be an eternity ago.

In the United States today, our entire economic system is based on debt.

Without debt, very little economic activity happens. We need mortgages to buy our homes, we need auto loans to buy our vehicles and we need our credit cards to do our shopping during the holiday season.

So where does all of that debt come from?

It comes from the banks.

In particular, the “too big to fail banks” are the heart of this debt-based system.

Do you have a mortgage, an auto loan or a credit card from one of these “too big to fail” institutions? A very large percentage of the people that will read this article do.

And a lot of people might not like to hear this, but without those banks we essentially do not have an economy.

When Lehman Brothers collapsed in 2008, it almost resulted in the meltdown of our entire system. The stock market collapsed and we experienced an absolutely wicked credit crunch.

Unfortunately, that was just a small preview of what is coming.

Even though a few prominent “experts” such as New York Times columnist Paul Krugman have declared that the “too big to fail” problem is “over”, the truth is that it is now a bigger crisis than ever before.

Compared to five years ago, the four largest banks in the country are now almost 40 percent larger. The following numbers come from a recent article in the Los Angeles Times…

And the assets of JPMorgan Chase & Co., the nation’s biggest bank, have ballooned to $2.4 trillion from $1.8 trillion.

At the same time that those banks have been getting bigger, 1,400 smaller banks have completely disappeared from the banking industry.

That means that we are now more dependent on these gigantic banks than ever.

If someone came along and zapped those banks out of existence, our economy would totally collapse overnight.

So the health of this handful of immensely powerful banking institutions is absolutely critical to our economy.

Unfortunately, these banks have become deeply addicted to gambling.

Have you ever known people that allowed their lives to be destroyed by addictions that they could never shake?

Well, that is what is happening to these banks. They have transformed Wall Street into the largest casino in the history of the world. Most of the time, their bets pay off and they make lots of money.

But as we saw back in 2008, when they miscalculate things can fall apart very rapidly.

The bets that I am most concerned about are known as “derivatives”. In essence, they are bets about what will or will not happen in the future. The big banks use very sophisticated algorithms that are supposed to help them be on the winning side of these bets the vast majority of the time, but these algorithms are not perfect. The reason these algorithms are not perfect is because they are based on assumptions, and those assumptions come from people. They might be really smart people, but they are still just people.

If things stay fairly stable like they have the past few years, the algorithms tend to work very well.

But if there is a “black swan event” such as a major stock market crash, a collapse of European or Asian banks, a historic shift in interest rates, an Ebola pandemic, a horrific natural disaster or a massive EMP blast is unleashed by the sun, everything can be suddenly thrown out of balance.

Acrobat Nik Wallenda has been making headlines all over the world for crossing vast distances on a high-wire without a safety net. Well, that is essentially what our “too big to fail” banks are doing every single day. With each passing year, these banks have become even more reckless, and so far there have not been any serious consequences.

But without a doubt, someday there will be.

You would certainly call that bookie a fool.

But that is what our big banks are doing.

Most people have absolutely no idea how incredibly vulnerable our financial system really is.

The truth is that these “too big to fail” banks could collapse at any time.

And when they fail, our economy will fail too.

So let us hope and pray that this brief period of false stability lasts for as long as possible.

Because when it ends, all hell is going to break loose.