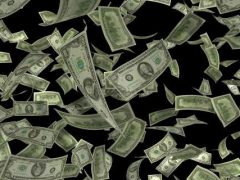 We are in the process of committing national financial suicide, and most Americans don’t seem to care.  As  you will see below, the federal budget deficit for the fiscal year… Read more »

Earth’s magnetic field is getting significantly weaker, the magnetic north pole is shifting at an accelerating pace, and scientists readily admit that a sudden pole shift could potentially cause “trillions… Read more »