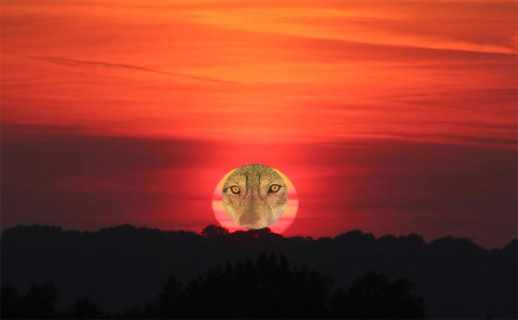 3 Weeks After The Blackout

John had been taking up the rear while Steve about 200 yards ahead had been setting the pace while out on patrol.

Ever since the blackout had sent the world tumbling into chaos, their small rural community had banded together for resources and protection once they had realized the power wasn’t coming back any time soon.

It had been 3 weeks already and word was out that there had been an EMP attack.
Several high altitude nuclear EMP detonations launched from 3 freighters just offshore – one on the west coast and two on the east coast – had knocked out electricity and electronic devices in much of the continental United States. At least that’s what Dave said, who was monitoring a battery operated shortwave radio which had survived the EMP damage.

He had kept the radio in a metal filing cabinet in the basement, which was electrically grounded to a cold water pipe – which had protected the radio from damage from the electro-magnetic pulse.

John knew what the outcome would entail, and it wasn’t pretty. In fact he knew it would be horribly bad. Fortunately for him and his small community of neighbors, they were not in a high population zone and would stand a better chance of making it through what was to come.

He thought about the people in a moderate size town several miles away – at least it wasn’t a city, but he knew that people there were beginning to starve. The stores were looted of all food after the first week and people were now walking out beyond their town to find others with food. He knew this because he and Steve had crossed their paths while out on patrol.

On this day, late in the afternoon as the sun began to transform the world below into that golden hour – when the shadows are longer and the colors are deep with yellows and orange, John was jolted into the hear-and-now when he heard the shot. Then another.

It was Steve out in front. John could barely make out his shape in the glint of the sun, and there were shadows of shapes moving around him. Some of them moving closer. John started to run to help, and knew that this was bad. He could see Steve fall down as he began swinging his rifle at the objects that were apparently attacking him. Another shot.

It seemed like forever but as John closed the distance between him and Steve, he saw them… a pack of dogs.

Grotesquely he could see one of them, what looked like a German Shepard, biting and chewing at Steve’s neck and another smaller but just as viscous dog tearing his leg.

As he closed the distance between them and was close enough, he dropped to one knee, aimed and began firing. The two that were on Steve ran off with the first report of his 308. There were at least half a dozen others that had been circling around Steve, and John managed to finish two of them as the rest ran off just into the brush of the wooded edge.

He was stunned at what he saw. These were not wolves or coyotes, they were dogs!

Then it hit him. He realized that with all the chaos and lack of food, these dogs were starving and had probably been abandoned or let loose. Some of them had become feral and had reverted to their wild state, and were hunting to stay alive. He had never thought of that possibility. They were out there, forming packs, and would present a very real danger for all of them – whenever they were outside.
So, that was my short story segment which could potentially become a reality if things ever really get bad in a true SHTF collapse.

Imagine how many people have pet dogs. Lots! If people are starving, do you think the dogs will too? Unfortunately, yes. Some will die as they are too domesticated and won’t be able to find food for themselves. But others will hunt. It could become very dangerous in areas where there are high concentrations of people and dogs. Some of these dogs will revert to the wild and will kill for food. And that could be you…

…just another thing to think about 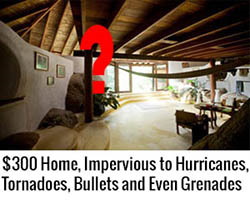 More Important Than Preps And Skills…

A Survival Blanket Can Save Your Life, Are You Covered?