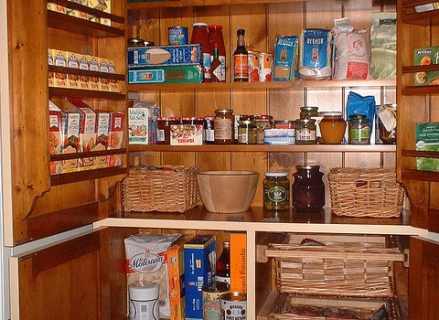 One of the biggest concerns people have with food storage is shelf life. After all, nobody wants to dip into their emergency food supply during a real honest-to-goodness disaster and find that all of their “imperishable” goods have decomposed into brown sludge. It’s true, many foods such as canned goods and frozen meals don’t last as long as you might expect. But what can you do? Well, for starters, you can do some in-depth research into what you decide to store (which is probably why you’re here in the first place). For another thing, you can stock up on foods that really will last forever. Here are five of the longest lasting emergency food storage items available.

1. Salt- Although, depending on who you talk to, salt may not technically be a “food,” this mineral has been used in conjunction with food for the better part of, well, forever. Evidence of salt extraction operations dates back about 9,000 years. To give you some scope, the wheel wasn’t invented until about 3,000 years later. Being a mineral instead of any sort of organic material, salt is completely immune to microbial attack. That means that it won’t spoil, and it helps prevent spoilage in other foods. It also enhances taste, so if you do catch yourself in a situation where you have to live off of bland emergency food, you’ll be happy if you’ve got some salt nearby. As for its shelf life, well, it’s a rock; it will last forever, or until you eat it.

2. Honey- Honey is a wonderful substance. Unlike salt, it is 100% organic. It’s also 100% healthy for you to eat. Raw honey has natural antibacterial, antimicrobial, and anti-fungal properties, it boosts the human immune system, and can even be used to soothe symptoms associated with the common cold. It’s high in calories, so in a low-food situation it will give you much needed energy on an otherwise empty stomach. You can also spread it on burns for temporary relief, making honey a useful first aid supply too. Perhaps most amazing is that honey doesn’t seem to ever go bad. For example, 3,000 year old honey unearthed from an Egyptian tomb was still edible. It may change its consistency and crystallize/harden, but when heated it will simply return to its original state. Be warned, however, honey can be dangerous for children under 1 year of age, so keep it away from them.

3. Dried white rice- If properly stored, white rice can last upwards of 30 years in storage. I know that doesn’t sound too impressive compare to the forever shelf lives of salt and honey, but come on, 30 years is a really long time. If you were to start your food storage on the day you were born, and live to be 90 years old, you’d only have to replace this stuff maybe three times. White rice also has a variety of uses. It’s filling, contains calories, protein, and certain vitamins and nutrients, and is easy to prepare. Brown rice has more nutrients than white, but it doesn’t store quite as well.

4. Freeze dried foods- Freeze dried foods are made by rapidly freezing meals, and then leaching the water from them leaving only a frozen, dry substance that can be easily packaged and stored. Adding a little boiling water will reconstitute the food into something not only edible, but downright palatable and healthy. See, the freeze drying process is able retain the taste and nutrients of the original meal. Different freeze dried foods can be safely stored for varying lengths of time, but regardless of what you use, their shelf lives usually end up being about 20–30 years. Compare that to most canned goods, which only last for 3–5 years.

5. Dehydrated foods- Although not quite as long-lasting as freeze dried meals, dehydrated foods still have long shelf lives. This is because they follow the same basic process: moisture is removed and then the item is packaged. The difference is that with conventional dehydration techniques, only about 90% of the moisture is removed (as opposed to freeze drying, which removes approximately 98% of the moisture). Thus, dehydrated foods only last about 15–20 years before needing to be replaced. Still, that’s really not bad, when you think about it.

AUTHOR :  Lee Flynn is a freelance writer who promotes home safety and preparedness through the proper use of food storage.