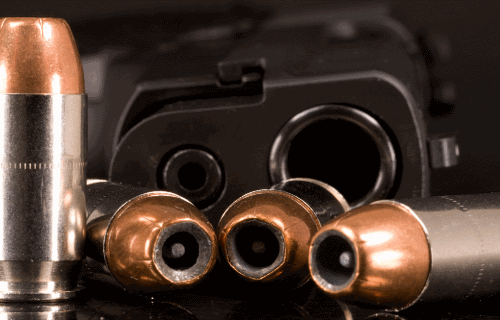 In what many saw coming a mile away in the aftermath of both the Las Vegas Massacre and the Texas Church mass shooting, liberals in the government, with the help of their mainstream media allies, are now pushing what amounts to plans for gun confiscation, outside of normal law, for Americans across the country.

The new push for gun control from the left comes courtesy of ABC News which recently published a piece promoting the use of an Extreme Risk Protection Order (ERPO) that many believe is nothing more than a thinly veiled confiscation plan that would allow a judge to “issue an ex parte order” for the direct confiscation of an American citizens firearms.

Unbelievably, the order can actually be issued without the firearm owner even being present, which would in turn end with police at the citizens door demanding he hand over his weapons or face violence from the state.

As of now, only Washington, California, Connecticut and most recently Oregon have ERPO laws (while Indiana and Texas have modified risk warrant statutes). Over the past year, however, spurred by a string of mass shootings beginning with the Pulse Nightclub attack that killed 49 in June 2016, legislatures in 19 states and Washington, D.C., have taken up 32 separate ERPO bills for consideration, according to Everytown for Gun Safety, a nonprofit organization that advocates for gun control.

Everytown’s deputy legal director, William Rosen, told ABC News that list will grow. “We expect to see at least as much interest in 2018,” he said.

“There is a growing consensus,” added Lauren Alfred of the gun violence prevention group Sandy Hook Promise, “that this is the first step we should be taking when we are talking about people who are at risk of hurting themselves or others.”

Current laws barring gun ownership are limited. Generally, a person with a long history of mental health issues can still legally buy or possess firearms if they don’t fall into specific statutory categories such as having been adjudicated mentally ill or under a domestic violence restraining order. But, as was the case with Texas church gunman Devin Kelley, even these restrictions may not work if the person’s troubled past is not recorded on a background registry.

With an ERPO, however, if family members or police can show a gun owner to be an imminent danger to themselves or others, they can force the person to surrender their weapon(s).

Keep in mind that Everytown for Gun Safety is a Michael Bloomberg funded, left-wing gun control group that was created as part of a rebranding effort by the billionaire gun grabber after his previous group, Mayors Against Illegal Guns, was outed by multiple former members as actually pushing an agenda of full-scale gun confiscation.

The Extreme Risk Protection Orders scheme seems to be nothing more than another attempt at slowly eroding the right of lawful Americans to own firearms.

As AWR Hawkins reported in an April 2017 article about a similar law being pushed in Oregon, “Oregon state Sen. Brian Boquist (R-Dallas) is pushing a confiscation bill that would broaden the number of prohibited gun purchasers as well as require certain individuals to hand over any guns in their possession.”

At the time, gun rights activist and NRA member Keely Hopkins rightfully described the law as an attempt to remove your Second Amendment rights by using a third-party who would need little evidence to declare you unfit to own a firearm. (Imagine a vengeful ex-wife/husband)

“This bill allows for a protective order to remove your Second Amendment rights, not because of a criminal conviction, but based on third-party allegations using an evidentiary standard that falls far below what’s normally required for the removing of fundamental rights.”

It is also important to note that gun control advocates and the mainstream media are using The Las Vegas Massacre, which the authorities are openly lying about (there were at least 7 different shooters) as a pretext to further take away Americans right to bear arms. This is, and has always been, the modus operandi of the power elite.

Defense Strategy and Capabilities .Conflicts and alliances around the globe are shifting constantly, enhancing the need for reliable and timely research and analysis. CSIS analyzes a wide range of issues related to defense strategy and capabilities.

“If you are an ordinary person, then you can prepare yourself for war by moving to the countryside and building a farm, but you must take guns with you, as the hordes of starving will be roaming. Also, even though the elite will have their safe havens and specialist shelters, they must be just as careful during the war as the ordinary civilians, because their shelters can still be compromised.”
Henry Kissinger

Disaster preparation has received a lot of attention in the recent past. In fact, people who live in every corner of the world prepare for various disasters such as famine and war. Some of them even prepare for zombies. It is always better to prepare to face disasters as they can hit us at unexpected times. However, it should be done according to a plan. That’s where The Lost Ways comes into play. This guide follows a scientific approach to help people prepare for disasters. In fact, it would let people know about the secret methods followed by the ancestors to survive disasters. They include a variety of disasters such as droughts, diseases, financial crisis, wars, famines and everything else life threw at them. For More Information about The Lost Ways Survival Guide Click Here