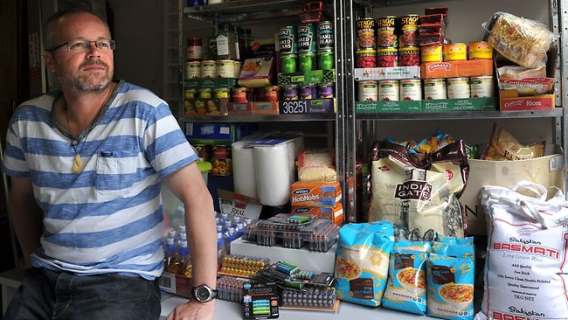 Survivalist Robert Bast is preparing for the end of the world and has written a book on survival. Picture: Mike Keating
The Apocalypse: What time will it all end?
Happy Doomsday!
THE problem – as Mayan apocalypse expert Robert Bast puts it – is that if you build it, they will come.

And that’s why the man who wrote the book on the impending end of the world.

Asked to take us to the safe house, he and his wife and three children will be fleeing to today, he was adamant that its location had to remain secret.

”I’ve turned down every request for a visit,” he said.

”One of the fundamentals of prepping is you don’t let anyone know what you’ve got or why you’ve got it.”

The reason for the secrecy has less to do with paranoia and more to do avoiding awkward situations, he said.

Usually preppers only stock enough for them and their family. 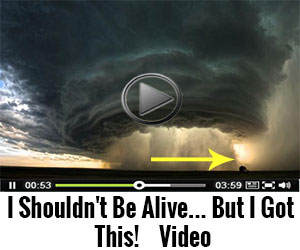 ”It would be horrible having people come up to the place begging,” he said.

”It’s an intolerable situation so you just don’t let anyone know.”

Mr Bast said he’s been stocking up for years on supplies like water, canned goods, equipment and medical supplies even though he can’t say for sure what is going to happen.

A giant solar storm that could blow up transformers, knock out power grids and leave humanity in darkness and in financial ruin is the most likely scenario, Mr Bast said.

”It would be a real end of the world as we know it for Western society as we rely on electricity for everything, our banking systems, hospitals, pumping water to our homes, sewage away from our homes, filling cars with fuel, for communications,” he said.

Mr Bast rates the chances of a solar storm happening at 10 per cent but says he’s still scared enough to prepare for the worst.

But not everyone agrees on what might happen today.

South Australian survivalist Leo Boersma told News Ltd that today will mark a ”period of transition” and the beginning of dramatic changes to the global financial system.

”Everything will come crashing down,” Leo said.

”Extreme cold, extreme heat, tsunamis and tornadoes will be on the increase, but it won’t all happen on the 21st.”

RELATED : 5 Food Storage Items That Will Last Longer Than Any Apocalypse

The small business owner, who sells health supplies, said he would be taking a backpack full of essentials like a torch, batteries and water filtration with him to the Blue Mountains where he will be spending time with his 32-year-old son and some other family members.

Despite the dramatic climate patterns that Leo expects will begin today, he is adamant they are not the result of global warming.

”Our solar system is going through a period of change which happens every 2500 years or something,” he said.

”Imagine you’re a cave man living in a cave and someone said they were imposing a carbon tax on it.”

Owner of survival supply company Survival Storehouse, Mark Barrett, told News Ltd that he sold out almost all his supplies over the last three months and has made ten times as much profit compared to December last year.

The Storehouse had delays in their stock orders due to Hurricane Sandy in the US, where the supplies were coming from.

”Our next shipment comes in today and nobody’s going to buy it,” he said.
The Mayan apocalypse: What it is (or probably isn’t)

What it actually means: The Mayan Calander will end on the 21st of December 2012. No Mayan prophecy has ever actually predicted the end of the world, but this hasn’t stopped people from forming their own conspiracies. Just time for a new calender, is all.

How it will happen: The top three suggestions are death by solar storm followed by starvation, the collapse of financial systems and disease, death by comet unseen, death by planetary alignment.

Should I be worried: Absolutely not. That said, given the increase in natural disasters over the years, it doesn’t hurt to keep a small, sensible amount of supplies so that if your town floods you don’t have to fight off panicked masses in the supermarket.

The Dangers of the Common Good