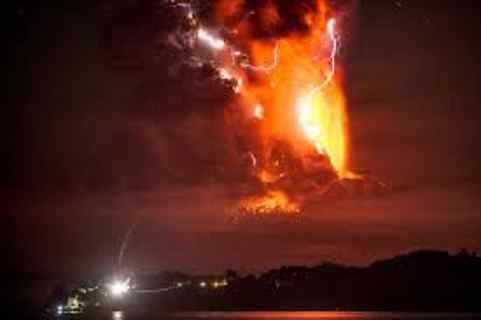 Thousands of people have been evacuated after a volcano in Chile erupted for the first time in 42 years spewing ash across the surrounding area.

The Calbuco volcano in the south of the country erupted on Wednesday, forcing authorities to relocate 1,500 inhabitants of the nearby town of Ensenada and two other smaller communities.

A high alert has been issued by Chile’s national mining and geology service, which bars access to the area around the volcano, 620 miles south of the capital Santiago.

Alejandro Verjes, the regional emergency director of the Los Lagos region which covers Calbuco, said that the eruption was a “surprise” and the volcano had not been under observation.

While a huge column of ash was emitted from Calbuco, eyewitnesses said no lava or hot rocks had been observed.

No injuries have been reported, but there has been localised disruption.

The education department closed schools in the affected area and flights to Puerto Montt, a nearby city, have been cancelled.

Calbuco, a 2,000m high volcano, last erupted in 1972 and is considered one of the three most dangerous of Chile’s 90 active volcanos.

Last month saw another smaller eruption in Chile. Villarica, one of the continent’s most active volcanos, standing at almost 3,000m, billowed ash and lava forcing the evacuation of many thousands of people.

Rodrigo Penaililo, the interior minister, said: “This is clearly a much larger eruption than the one we saw with Villarica some weeks ago and therefore we need to take bigger and faster measures.”

The government has sent water to the region, in case local supplies become contaminated with ash, and police and the military have been deployed to assist with evacuations.