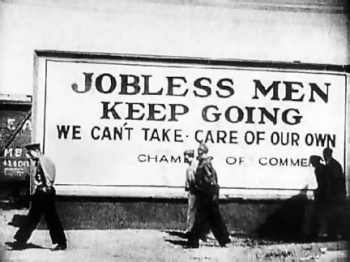 Our county sits at over 16 trillion dollars in debt, with unfunded obligations that make the actual debt numberabout $120 trillion. The reality of the situation is there’s really no way out of the situation. Our government, thanks to both political parties, has spent us into a hole that we cannot dig ourselves out of. The facts, that nobody seems to want to talk about, indicate our country is still heading towards a complete meltdown of the financial system.

You can choose to believe the lies that are being spoon feed to you by the mainstream media, or you can look at the reality of the situation; our Economy is still facing some enormous challenges, and the prospects for a full economic recovery don’t look very good. The financial problems that lead to the housing / financial market crash of 2008 have not been fixed; in fact, many of these problems are even worse today than they were in 2008.

Preparing for an economic collapse

Twenty years ago, most people would have said you were crazy for thinking our system could collapse. Even today, most of our country is either unaware, or has forgotten how closely we came to a complete collapse of the financial system during the banking crisis of 2008.

Here we sit five years after our government spent $700+ billion to bail out a system they told us would never fail, and our system is still in just as much danger of collapse as it was in 2008, maybe more. If you’re not prepared, you need to start taking steps to protect yourself and your family from future troubles.

Before depositing any kind of money in the bank, you need to research the financial soundness of that bank. Since the so-called end of the financial crisis, when the government spent over $700 billion dollars to “fix the system”, over 440 banks have failed.

That means almost every week since 2008, the FDIC has had to shut down at least one troubled bank. It’s estimated that they have already had to pay out over $65 billion to cover these FDIC insured deposits.

While many people believe they’re money is protected by the FDIC, the simple truth is, there’s not enough money to protect everyone. If the system collapses, your FDIC insured account is anything but certain.

Realize your dollars may become worthless. 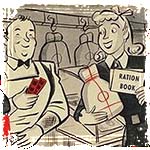 You must seriously look at the possibility of an all-out collapse of the system. If this were to happen, your dollars would quickly become worthless.

You must start to take a balanced approach to being financially prepared for the future. While investing in your financial future is important, the same can most definitely be said for investing in your ability to survive future disasters. If you haven’t started preparing for the possibility of economic troubles, now is the time to seriously consider stocking up to survive future problems, financial or otherwise.

To do this I recommend investing in long-term consumable goods. 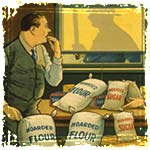 This means stocking up on items that you will need and use in the future, or stocking items that you can barter with in case the system fails.  By stocking up on food, water, survival gear & supplies, and bartering goods; you will have a nice stockpile of supplies that will help see you through almost any disaster situation.

Another upside to investing in consumable goods is these goods are completely secure from financial market volatility, and will continue to hold their value after the collapse. In fact, most consumables will probably skyrocket in value in a post collapse world.

Always have cash on hand.

If you’re wondering why I recommend keeping cash, especially after telling you your dollars may become worthless, you need to realize that during the initial stages of a collapse, most people are going to be doing anything they can to get their hands on money.

People do what they know; du 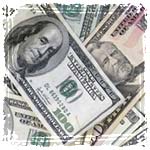 ring an economic collapse, 99% of the population will still perceive paper currency as something that has value. Most will be in denial, making your paper money useful for buying goods for at least a couple of weeks after the collapse, maybe months. If you’re 100% certain the system has collapsed, you should immediately use this money to stock up on any last-minute supplies or bartering items.

Remember, you can’t count on any of the money you have in the bank; most banks simply don’t have enough cash to deal with a run on the bank. During a collapse situation, your money is probably as good as gone. To prepare for the possibility of collapse, you need to have some cash on hand at all times. 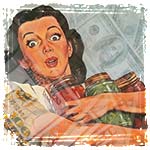 While I would never advise anyone to completely give up on our financial system, I do advise preparing for a worst case scenario.

There are some very real problems that have yet to be addressed by our politicians in Washington. When it comes to protecting your wealth, and ensuring you will be able to live a comfortable life in the future, you are the only person that can guarantee your long-term financial security. You must decide what that means for yourself and your family, and then take the necessary steps to ensure your future security.