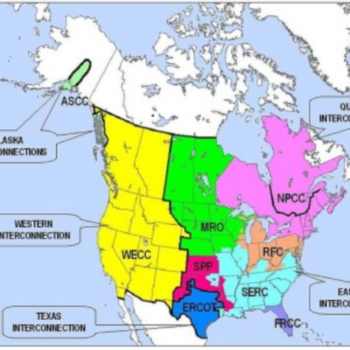 What would you do if the Internet or the power grid went down for over a year?  Our key infrastructure, including the Internet and the power grid, is far more vulnerable than most people would dare to imagine.  These days, most people simply take for granted that the lights will always be on and that the Internet will always function properly.  But what if all that changed someday in the blink of an eye?  According to the Federal Energy Regulatory Commission’s latest report, all it would take to plunge the entire nation into darkness for more than a year would be to knock out a transformer manufacturer and just 9 of our 55,000 electrical substations on a really hot summer day.  The reality of the matter is that our power grid is in desperate need of updating, and there is very little or no physical security at most of these substations.  If terrorists, or saboteurs, or special operations forces wanted to take down our power grid, it would not be very difficult.  And as you will read about later in this article, the Internet is extremely vulnerable as well.

When I read the following statement from the Federal Energy Regulatory Commission’s latest report, I was absolutely floored…

What would you do without power for 18 months?

FERC studied what it would take to collapse the entire electrical grid from coast to coast.  What they found was quite unsettling…

In its modeling, FERC studied what would happen if various combinations of substations were crippled in the three electrical systems that serve the contiguous U.S. The agency concluded the systems could go darkif as few as nine locations were knocked out: four in the East, three in the West and two in Texas, people with knowledge of the analysis said.

The actual number of locations that would have to be knocked out to spawn a massive blackout would vary depending on available generation resources, energy demand, which is highest on hot days, and other factors, experts said. Because it is difficult to build new transmission routes, existing big substations are becoming more crucial to handling electricity.

So what would life look like without any power for a long period of time?  The following list comes from one of my previous articles…

-There would be no heat for your home.

-Water would no longer be pumped into most homes.

-Your computer would not work.

-There would be no Internet.

-Your phones would not work.

-There would be no television.

-There would be no radio.

-ATM machines would be shut down.

-There would be no banking.

-Your debit cards and credit cards would not work.

-Without electricity, gas stations would not be functioning.

-Most people would be unable to do their jobs without electricity and employment would collapse.

-Commerce would be brought to a standstill.

-Hospitals would not be able to function.

-You would quickly start running out of medicine.

-All refrigeration would shut down and frozen foods in our homes and supermarkets would start to go bad.

If you want to get an idea of how quickly society would descend into chaos, just watch the documentary “American Blackout” some time.  It will chill you to your bones.

The truth is that we live in an unprecedented time.  We have become extremely dependent on technology, and that technology could be stripped away from us in an instant.

Right now, our power grid is exceedingly vulnerable, and all the experts know this, but very little is being done to actually protect it…

“The power grid, built over many decades in a benign environment, now faces a range of threats it was never designed to survive,” said Paul Stockton, a former assistant secretary of defense and president of risk-assessment firm Cloud Peak Analytics. “That’s got to be the focus going forward.”

If a group of agents working for a foreign government or a terrorist organization wanted to bring us to our knees, they could do it.

In fact, there have actually been recent attacks on some of our power stations.  Here is just one example…

The Wall Street Journal’s Rebecca Smith reports that a former Federal Energy Regulatory Commission chairman is acknowledging for the first time that a group of snipers shot up a Silicon Valley substation for 19 minutes last year, knocking out 17 transformers before slipping away into the night.

The attack was “the most significant incident of domestic terrorism involving the grid that has ever occurred” in the U.S., Jon Wellinghoff, who was chairman of the Federal Energy Regulatory Commission at the time, told Smith. 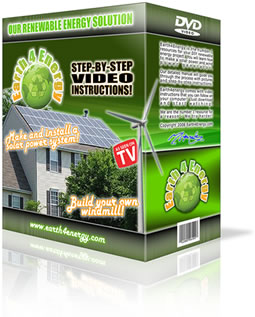 Have you heard about that attack before now?

Most Americans have not.

But it should have been big news.

At the scene, authorities found “more than 100 fingerprint-free shell casings”, and little piles of rocks “that appeared to have been left by an advance scout to tell the attackers where to get the best shots.”

So what happens someday when the bad guys decide to conduct a coordinated attack against our power grid with heavy weapons?

In addition, as I mentioned at the top of this article, the Internet is extremely vulnerable as well.

For example, did you know that authorities are so freaked out about the security of the Internet that they have given “the keys to the Internet” to a very small group of individuals that meet four times per year?

It’s true.  The following is from a recent story posted by the Guardian…

The keyholders have been meeting four times a year, twice on the east coast of the US and twice here on the west, since 2010. Gaining access to their inner sanctum isn’t easy, but last month I was invited along to watch the ceremony and meet some of the keyholders – a select group of security experts from around the world. All have long backgrounds in internet security and work for various international institutions. They were chosen for their geographical spread as well as their experience – no one country is allowed to have too many keyholders. They travel to the ceremony at their own, or their employer’s, expense.

What these men and women control is the system at the heart of the web: the domain name system, or DNS. This is the internet’s version of a telephone directory – a series of registers linking web addresses to a series of numbers, called IP addresses. Without these addresses, you would need to know a long sequence of numbers for every site you wanted to visit. To get to the Guardian, for instance, you’d have to enter “77.91.251.10” instead oftheguardian.com.

If the system that controls those IP addresses gets hijacked or damaged, we would definitely need someone to press the “reset button” on the Internet.

Sadly, the hackers always seem to be several steps ahead of the authorities.  In fact, according to one recent report, breaches of U.S. government computer networks go undetected 40 percent of the time…

A new report by Sen. Tom Coburn (R., Okla.) detailswidespread cybersecurity breaches in the federal government, despite billions in spending to secure the nation’s most sensitive information.

The report, released on Tuesday, found thatapproximately 40 percent of breaches go undetected, and highlighted “serious vulnerabilities in the government’s efforts to protect its own civilian computers and networks.”

“In the past few years, we have seen significant breaches in cybersecurity which could affect critical U.S. infrastructure,” the report said. “Data on the nation’s weakest dams, including those which could kill Americans if they failed, were stolen by a malicious intruder. Nuclear plants’ confidential cybersecurity plans have been left unprotected. Blueprints for the technology undergirding the New York Stock Exchange were exposed to hackers.”

And things are not much better when it comes to cybersecurity in the private sector either.  According to Symantec, there was a 42 percentincrease in cyberattacks against businesses in the United States last year.  And according to a recent report in the Telegraph, our major banks are being hit with cyberattacks “every minute of every day”…

Every minute, of every hour, of every day, a major financial institution is under attack.

Threats range from teenagers in their bedrooms engaging in adolescent “hacktivism”, to sophisticated criminal gangs and state-sponsored terrorists attempting everything from extortion to industrial espionage. Though the details of these crimes remain scant, cyber security experts are clear that behind-the-scenes online attacks have already had far reaching consequences for banks and the financial markets.

For much more on all of this, please see my previous article entitled “Big Banks Are Being Hit With Cyberattacks ‘Every Minute Of Every Day'”.

Up until now, attacks on our infrastructure have not caused any significant interruptions in our lifestyles.

But at some point that will change.

Are you prepared for that to happen?

We live at a time when our world is becoming increasingly unstable.  In the years ahead it is quite likely that we will see massive economic problems, major natural disasters, serious terror attacks and war.  Any one of those could cause substantial disruptions in the way that we live.

At this point, even NASA is warning that “civilization could collapse”…

A new study sponsored by Nasa’s Goddard Space Flight Center has highlighted the prospect that global industrial civilisation could collapse in coming decades due to unsustainable resource exploitation and increasingly unequal wealth distribution.

Noting that warnings of ‘collapse’ are often seen to be fringe or controversial, the study attempts to make sense of compelling historical data showing that “the process of rise-and-collapse is actually a recurrent cycle found throughout history.” Cases of severe civilisational disruption due to “precipitous collapse – often lasting centuries – have been quite common.”

So let us hope for the best.

But let us also prepare for the worst.