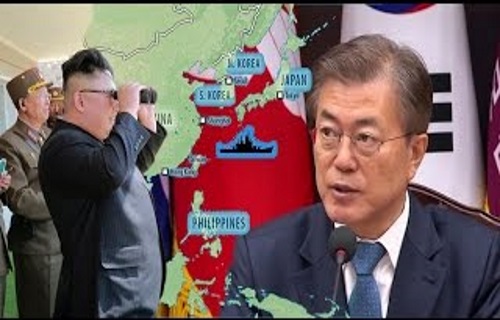 The United States has shown a tentative patience with North Korean dictator Kim Jong-un and his blatant disregard for international policy. In an effort to not end up being branded as “shoot first and ask questions later” the United States Navy has positioned itself in a way to deal with any uprising but hasn’t as of yet engaged in any sort of combat with the North Koreans.

The events of last weekend may have proved that the time for verbal negotiations is at an end. There are people who are inherently non-confrontational and reasonable. And then there are people like Kim Jong-un. This crotchety excuse for a national leader has put not only the United States but his own country at risk. Even if his beef is with us, there’s a whole lot of ground between here and there that could end up as collateral damage if a conflict ensues. And it’s not like he’s super worried about the loss of innocent life.

Here’s a little rundown of the worrisome activities that North Korea’s mentally unstable leader was up to over the weekend.

“North Korea flight tested a new intermediate-range missile the Pentagon assesses was practice for the reentry of a nuclear warhead into the atmosphere, according to defense officials.

The missile launch was tracked from Kosong in southeastern North Korea and was identified by U.S. intelligence agencies as a KN-17, a missile capable of carrying a nuclear warhead up to 3,400 miles—enough to reach Alaska and Guam. The Pacific island of Guam is a key hub for the U.S. military in the Pacific.

The missile launched around 4:30 p.m. Eastern time on Saturday and attained the unusually high altitude of around 1,200 miles to test its capability of delivering a nuclear warhead through the through the earth’s atmosphere during reentry.
‘This is a key step [in nuclear missile development] and something they currently cannot do,” said a defense official familiar with intelligence reports.

After reentering the atmosphere, the missile impacted in the Sea of Japan around 400 miles from its launch point.

The test Saturday was conducted from a static launch stand, not a mobile launcher,’ the defense official said. 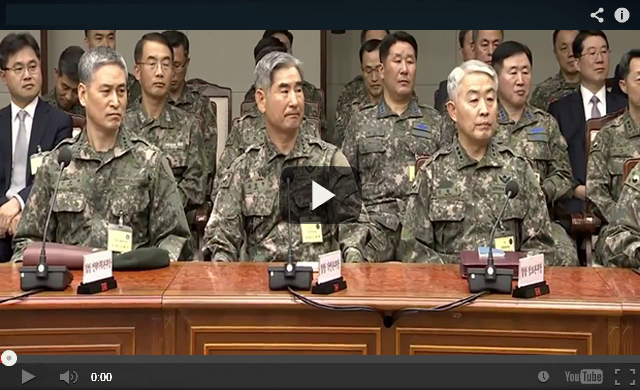 The latest missile test drew a harsh reaction from the White House.

‘North Korea has been a flagrant menace for far too long,’ the White House said in a statement. “Let this latest provocation serve as a call for all nations to implement far stronger sanctions against North Korea.”

President Trump has said he would be willing to meet North Korea’s Kim Jong Un, while Pyongyang hinted prior to Saturday’s test it might be willing to hold talks.

‘There is no question that North Korea continues to threaten the United States, our allies Japan, South Korea, and its neighbors, including both China and Russia,’ Spicer told reporters Monday.

‘We are calling on all those folks in the region, particularly China and Russia, to do everything they can in terms of sanctions and to help resolve the situation and bring stability to the peninsula.’

The fact that they’re testing these missiles means that they don’t know if it’s going to work just yet. That means that there’s at least hope that the country doesn’t already have access to a whole lot of them. The trick will be to make sure that we take care of the problem before they become so well armed that it’s impossible to do without substantial loss of life.
It’s looking like a matter of when not if we get into a conflict at this point. I understand that there’s lots of protocol and president that must be met before we just go in with guns blazing, but this is a country that is already oppressing its own people. You don’t ever hear about any defect from the United States or Ireland, but they’re taking the first ticket they can find out of North Korea, even if they’ve gotta tunnel out with a spoon. This isn’t a nice little society with a difference of opinion. This is an out of control dictator with his finger hovering over an ever growing arsenal.

If we’re putting money on this, I’d say that this is going to have to be nipped in the bud sooner rather than later. Otherwise, we might end up with one of those missile “tests” ending up on our doorstep.