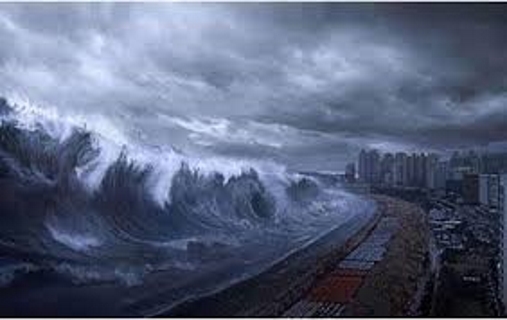 NASA will dive into its design phase of its Double Asteroid Redirection Test (DART), in a few months. That DART probe will fly into an asteroid system in 2022 at 13,420 mph and crash into the Didymoon. The missions will learn what force will be necessary to shift an oncoming asteroid off its orbit, and determine the best strategy for the planetary defense system against an asteroid Apocalypse, according to ESA officials. DART’s ability to shift Didymoon from its orbit, will be the first time humans have been able to alter a measurable dynamic of the solar system.

There is a claim that the U.S. government has knowledge concerning a looming asteroid Apocalypse, however, there is the belief that the government is keeping the knowledge a secret, so there will not be mass panic, but news has spread quickly, causing anxiety and stress for the Doomsday believers. Prophets have given warnings that Armageddon is on the way, and there is an increasing belief that an asteroid Apocalypse will hit September of 2015.

Even though the governments are purportedly keeping the upcoming Apocalypse a secret, the rich are stocking up to prepare for Armageddon, say conspiracy theorists. There are a variety of versions, predicting the impact of the asteroid Apocalypse, being circulated through the online rumor mill. Some of the rumors are combing, and it is strengthening the convictions of sensitive individuals, that are exposed to the continuous conversations of the Doomsday predictions, concerning the asteroid Apocalypse occurrence in 2015.

A self-proclaimed prophet, Reverend Efrain Rodriguez, seems to have started this growing hysteria. He has said that he wrote a letter to NASA, November 12, 2010 that was titled, “Letter to the Space Agency…meteor headed toward Puerto Rico.” Reverend Rodriguez claimed, in the letter, that he had a message from God. God had told him an asteroid would soon show up on NASA’s radar, Armageddon is approaching. Reverend Rodriguez said the asteroid would hit the ocean near Puerto Rico. He continued, that it would cause an earthquake and tsunami with massive destruction to the East Coast of the U.S., Central America, Mexico and South America. The letter instructed NASA to alert people in the “strike zone” to relocate so they would be safe from the Apocalypse.

Even though Reverend Rodriguez sent the letter to NASA, he had the belief that the necessary agencies were already aware of the Doomsday Apocalypse. He said NASA confirmed the course of the asteroid that will bring on the Apocalypse and that President Obama had been briefed appropriately. All the while, those with money and power have been planning to store extra supplies and build bomb shelters to protect themselves.

After the Reverend’s message of prophecy, many online groups popped up in a dissonance of other near predictions and claims that cause alarm and heighten fear and paranoia of the possible asteroid Armageddon. Online rumors and websites filled with conspiracy theories, have made claims that FEMA is stockpiling body bags, emergency supplies, and coffins to prepare for a major cataclysmic event in Puerto Rico, Armageddon. FEMA was forced, because of the rumors, to release a statement in 2013. FEMA denied that it was stocking up on body bags. Alejandro De La Campa, FEMA’s Caribbean Regional Director, said it is normal for FEMA to purchase and put into storage, necessary emergency supplies, and did not make any unusual or extreme purchases. However, that statement has not stopped the rumors about FEMA or the Apocalypse.(source)

Warning: Strange weather events increasing in 2015 are going to cause horrible effects around the world.

They say to expect the storm of the century freezes in the winter of 2015.

They claim these earth changes will cause massive animal deaths as well as deaths of people who cannot find shelter from these events.

Scientists say we will see the biggest weather events in history in this year of 2015.

This past winter of 2014 has also shown to be miserable and deadly in the North Eastern United States so far.

Just when you think it can’t get any worse – prepare because it definitely can!

Now less than that 500 Days to Climate Chaos according to the French Foreign Minister and John Kerry statement back in May 2014!

Illuminati Event 2015-2016: super bowl katy perry halftime show symbolism prophecy new world order
end times something is going on the big event prophecy has now begun the end of america its worse than you know martial law militarized police blood moon signs in the heavens rfid chip mark of the beast illuminati warning 2015 scary hollywood predictions the signs are here something is going to happen strange weekly events what is going on it has begun in america.

Make sure your community is ready for climate change. Climate change is happening now — and we’ve got to be ready because we’re going to see more extreme weather.
That’s why we’re taking action. Last Tuesday, the President made a historic announcement with China that sets new targets for carbon pollution reductions.
And on Monday, the Administration released the Climate Resilience Toolkit to help our communities respond to our changing climate.
Check out these easy-to-use tools, including interactive maps and visualizations, that will help prepare your community for the impacts of climate change. See how you can help your community or business get ready. The reason the White House sent me (an Australian) a warning on future extreme weather, is that three years ago, I sent my thesis Gaiaism… an environmentally based economy to Pres. Obama that included the research on a potential pole shift. Since then, I have been communicating with the White House on regular basis. Humanity is still producing one hundred million tons of CO2 daily which is destabilizing the fragile gaseous balance in the atmosphere, one of the reasons for the worldwide extremes in weather conditions. Checkout online, “NASA Scientist Predicts Food Riots, Mass Deaths And Super Earthquakes Beginning 2015 Due To Extreme Cold for a 30 Year Period” by John Casey, Nov 20, 2014. The governments throughout the world would be aware of these predictions; ‘The final 500-day countdown warning was given on May , 2014, by the Foreign Minister of France accompanied by the Secretary of State John Kerry.

Post-Apocalypse: The Cashless Society and the Mark of the Beast

Welcome to the New World Order -The Cooking of Humanity – EMR Weapons: As Powerful as the Atomic Bomb