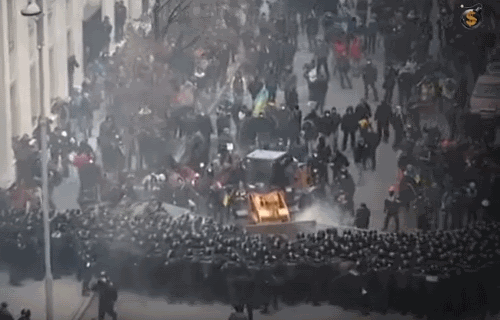 Do you have a plan?

What are key survival supplies for surviving the collapse of civilization?

Preparing for an economic collapse is very much like preparing for a disaster. It starts with a plan, and then that plan is executed at the right time.

A sample plan will be as follows:

Now that you have your pieces, placing them in the right place is paramount.

Assuming that a collapse will take place in 6 months, find ways to use any money you have left over to get the things that you still need. The one problem about plans – they change at a moment’s notice, and usually without notice.

Can you get the toilet paper with this next check? If not, how about the pasta and sauce? Can you get both items?

Prepping for an economic collapse or disaster means you will have to do without something (like a dinner out) today, in order to have something tomorrow (meals, etc). It is the highest form of delayed gratification there is. You may not have six months of food now, or ever. But what you have can be built upon to help you get through the toughest part – the first 30 days.

There are 4 things you have to have in any disaster or collapse:

Getting them now would be the most prudent decision you have ever made.

None of , water and other survival products are going to do you any good if you have no way to defend it. When times get desperate, people will do desperate things. Like Gerald Celente says, “When people lose everything and have nothing else to lose, they lose it.” Make sure that you have ammo for your firearms. A firearm is nothing more then a paper weight without ammo and ammo is becoming more and more challenging to get.

This is crucial. If you live in a big city, you need to get out! Being in a big city during a economic and social meltdown will be the worse place in the world to be. Getting out of the city once it all tumbles down will be next to impossible. The streets will become a parking lot. Try to get as far away from the nearest large city as possible. You also need a community of like-minded people. Going at this alone is a bad plan. Other people bring other abilities to the table. You can accomplish more as a group then you can alone. You can also defend your land from looters and those who want to harm you as a group better then you ever could alone.(source)

Why to prepare for economic collapse

The above list is purposely brief—a sampling of eventualities that, should they occur, will almost definitely come unannounced. As the decline unfolds, they will surely happen with greater frequency.

FEMA National Response Coordination Center in Washington where he made a point to stress that Americans who are not preparing for disaster, or who do not have emergency evacuation plans for any given scenario, could find themselves in big trouble in the near future. “One of the things that we have learned over the course of the last seven and a half years is that government plays a vital role, but it is every citizen’s responsibility to be prepared for a disaster. And that means taking proactive steps, like having an evacuation plan, having a fully stocked disaster supply kit. If your local authorities ask you to evacuate, you have to do it. Don’t wait.”

Stand up to unpredictable weather and unforeseen outages with the most trusted name in residential standby power with backup generators for homes. If the power ever goes out, your General standby generator goes on – automatically – protecting you and your home 24/7.