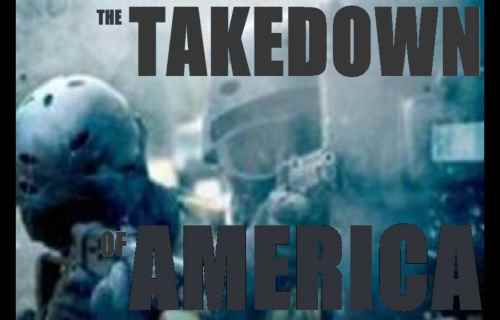 The Dollar Will Collapse on  2021 – Last Warning To America
This collapse will be global and it will bring down not only the dollar but all other fiat currencies,as they are fundamentally no different. The collapse of currencies will lead to the collapse of ALL paper assets.

When you watch mainstream media or listen to central bankers, gold is constantly deemed to be the redheaded stepchild of the investment industry.

In past issues, we’ve documented increasingly concerned billionaires warning of dangerous economic times. Many have favored gold as an alternative allocation in a world where $13 trillion-worth of debt is negative yielding, interest rates are artificially suppressed and we’re on the brink of major wars.

Over the past few years, many experts have been warning of a crisis heading our way. More specifically, the concerns have centered on the inevitable collapse of the U.S. dollar. One of these individuals is former Congressman Ron Paul, who has stated that he believes the U.S. financial system is on the road to disaster. In this article, I’ll share some of his views and discuss what could happen if such a crisis materialized.

According to Congressman Paul, a U.S. currency crisis is inevitable. At one point in the 1980s, while riding on Marine One with President Reagan, the President said, “No great nation that has abandoned the gold standard has ever remained a great nation.” A few decades ago, former Fed Chairman, Alan Greenspan stated, “In the absence of the gold standard there is no way to protect savings from confiscation through inflation.” Without a gold standard, there is nothing to limit government spending. In short, as long as the government is able to overspend, the national debt will be the norm rather than the exception.

Since the gold standard was abandoned, what is backing our currency? Confidence! Without a hard asset backing up the dollar, it is supported only by the “full faith and credit of the federal government.” If the world lost confidence in the greenback, its value would plummet and life as we know it would be severely and forever altered. How will we know when the next crisis is about to emerge?

The first sign of a currency crisis, according to Paul, will be a precipitous decline in the value of the dollar. A collapse in our currency would result in a spike in inflation. It would also be accompanied by an increase in U.S. interest rates. Paul’s prediction, although rather dire, is for the collapse of the entire U.S. financial system. If this occurs, the systemic risk would be massive. If the U.S. financial system actually did collapse, it would take the entire global financial system with it. Why? Because there is over $18 trillion in U.S. debt outstanding, with China and Japan being the largest holders. A U.S. collapse would devastate the entire globe. Let’s turn our attention to the national debt, an issue which weighs heavily on the minds of millions of Americans.

Russia and China in particular have been aggressive buyers of gold and it is certainly possible that sales were engineered to provide liquidity to the market and to ensure additional economic leverage accrued to BRICS countries.

In addition to China buying physical bullion, they have also made strategic moves to supersede western commodities exchanges. Back in April, the Shanghai gold exchange launched a new benchmark price fix for the metal to challenge the long established, Rothschild created, benchmark in London as well as the COMEX exchange in New York.

China isn’t the only country in Asia leveling the playing field. In July, Japan’s TOCOM exchange announce a new physical market for gold where market participants can trade gold in futures and physical at more transparent prices.

As we’ve pointed out numerous times, Western elites are working overtime to “even out” the economies of developing and developed countries. In fact, this is one of the reasons for the creation of the BRICS – to make clear that there is a formalized alternative to Western economies.

It should be clear to anyone who examines the position of the BRICS closely – especially China – that Western powers have played an extraordinary role in elevating the industrial might of these countries.

The idea of course is to facilitate further globalism and eventually world government. But presumably not all central banks are eager to support this strategy at the expense of their own solvency.

In other words, central banks may have been content to sell gold in the past, but now faced with an oncoming financial hurricane they are having second thoughts – as well they should.

In fact it may have occurred to central bankers that the solvency of their own institutions has been purposefully jeopardized because a global central bank will likely have little need for local and regional ones.

With gold spiking nearly $70 at one point during today’s trading, today the top trends forecaster in the world warned King World News that the global crash of 2016 will be twice as devastating as the 2008 collapse.

Gerald Celente:  “Well, people should be scared to death of deflation.  And it’s more than oil prices that are deflating.  According to the Bloomberg Commodity Index, commodities have now plunged to 1991 levels.  Eric, this deflation is really a global depression….

“We are now looking at the Panic of 2021 and the second round of what has been politely called the ‘Great Recession.’  And for many countries it’s going to be a full-blown depression.  That’s why prices are plunging across the globe, along with worldwide stock markets.”

It is getting to be VERY interesting times when central banks are counterfeiting their own currencies and buying gold mining stocks with the proceeds! We’ve been buying gold and gold stocks for years because we knew we’d arrive at this point in time when things started to get crazy. The craziness has just begun, by the way, and there is still a long way to go and we expect gold and gold stocks to be much, much higher in the next few years.

My suggestions are these: Keep an eye on the price of gold. Watch for a spike in interest rates, especially for the 10 year U.S. Treasury bond. Anticipate the beginning of a sharp correction in the stock market. Look for a sharp fall in bond prices associated with panic selling. Another QE may be tried but will not restore confidence the next go-around. The money lost in the coming bear market in bonds will far exceed the very big losses that will occur in the stock market. Turmoil will surely come to Wall Street and beyond.

Let people know that they need to plan and prepare. Being prepared looks like – water, food, meds, firearms, ammo, weapons, tools, alternate currency, alternate energy, alternate travel, self reliance, growing food, being healthy, and being informed. – its going to get bad ..!

That the Global Crash of 2016 is going to be twice as devastating as the one in 2008.  The central bankers of the world have built up a massive debt bubble of over $225 trillion, and now the bubble has burst.  The damage will not only rattle global markets, it’s going to hit everyone.  And the chaos is going to spread wide and far.  People better prepare for this.  They better learn how to survive and prevail.” Rebalance once or twice a year. That means regularly skimming off profits from any asset class that has grown substantially. That will protect you from losing most of your savings in an economic crisis.

RELATED : What Will Happen First, An Economic Collapse or World War 3? And How to Preparing for This