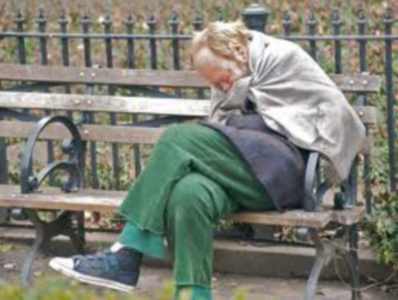 Coming Chaos: No Banks, No Public Facilities, No Food and Rampaging Gangs of Desperate People

Bob Chapman,  says it’s time to prepare for the worst, comparing our impending economic crisis to that which was experienced at the onset of 1348 and the following century and a half.

The Black Death is estimated to have killed 30% to 60% of Europe’s population, reducing the world’s population from an estimated 450 million to between 350 and 375 million in 1400. This has been seen as creating a series of religious, social and economic upheavals which had profound effects on the course of European history. It took 150 years for Europe’s population to recover. The plague returned at various times, resulting in a larger number of deaths, until it left Europe in the 19th century.

While Chapman does not suggest we will experience our own black plague pandemic, he predicts that the consequences of our economic collapse may lead to total destabilization and wars, much like post-plague Europe.

As you are now well aware Fannie and Freddie are going to punish people who have stopped paying their mortgages, who can pay them, and who are paying other bills instead. This leaves lenders with foreclosures and much more inventory than they ever imagined. This additional problem will bring on the double dip that Wall Street and Washington so fear. As a result of this and other failures we are about to experience the worst economic collapse sine 1348. The stock market is topping out readying itself for its most disastrous fall in history.The fall will be followed by years of depression, all of which has been deliberately created to bring the world economically and financially to its knees in an attempt to bring about world government by Illuminists. Some market analysts understand where the market is headed, but most who do understand, write and talk about the mundane observable trappings and not what the situation is really all about. We have several analysts talking about a market collapse. They do not talk about the real forces behind our misfortune.

There are always these lone voices in the wilderness, which at best  some 15% of the populace listens too. You had better listen this time because it could well cost you not only your assets, but your life, especially when another war is being prepared for you to engage in. Nothing is really as it seems to be and there are no coincidences. You are about to enter a world of chaos from which few will survive unscathed. A world of no banks, no public facilities, no food and rampaging gangs of desperate people. Unemployment of 50% and little law and order. Violence will be rife. This is not a pretty picture, but we have spared you the details. The world had better wake up fast so they ll be prepared to deal with what is to come. If you were not aware of it the dark side really exists.

…
We are now entering the next to last phase of our journey. The wanton creation of wealth, inflation and perhaps hyperinflation, which will rob you of your assets. A stealth attack on what you have left by the people who control your government. Such monetary creation is the only way these people can keep the game going. They know it won’t last, but they proceed anyway. For awhile they’ll keep the multitudes at bay with extended unemployment and food stamps, but that will fade in time for lack of financial control, as the system begins to break down.

You already see all fiat currencies under fire, as is sovereign debt. Can it get any worse? Of course it can, and it will. Implosion is the word everyone is going to discover and understand.

The picture Bob Chapman paints is one that may lead to an initial reaction of, “What? No way that can happen.”

Perhaps it can’t happen. Perhaps, it really is different this time and our benevolent leaders and the powers that be are capable of managing this crisis. Perhaps they will restore jobs to pre-crash levels. Perhaps home prices will go back up to record 2006 levels because tens of thousands of buyers will appear in the market. Perhaps the Federal reserve will be able to sell of their toxic assets, not have to print more money to bail anyone out, and the world will demand that the dollar remain the reserve currency of choice. Perhaps all of these people in delinquency on their mortgages will be able to catch up on those late payments. Perhaps governments will stop spending more than they take in and all of their debts will be paid off. Perhaps the globe’s top financiers will figure out a way to deleverage the trillions of bad debt currently working it’s way through the system.

Or, perhaps they will not be able to reverse course.

Let’s assume that they can’t reverse course. How bad can it really get?

This is something that our elected officials and those at the Fed, Treasury and large institutions will not overtly discuss.

But clues have been dropped throughout the last several years. And, you need to look no further than those very same officials.

President Obama, during the green shoots recovery of 2009 and 2010, told the American people that a depression was avoided. Thus, we can assume that a depression is a strong possibility if we are in fact about to see another economic collapse.

In 2008 and 2009, former Secretary of Treasury Henry Paulson said that we were “on the brink,” in fact, after he left his position with Treasury, he wrote a book with this very title. The brink, from what we can surmise, meant a complete collapse of our financial, economic and political systems. The result would have been martial law. Hard to believe? Yes. Impossible? No

If you are a prepper – someone who is planning on worst-case scenarios in order to preserve your life, liberty, and wealth – then you, like us, should assume that theworst case scenario has not been avoided.

We’ve discussed possible outcomes before, as well as ways to prepare if the worst does happen.

We realize that sometimes we sound like a broken record, but at the very least, make sure you have reserve food, water, self defense weapons, ammunition, and if possible, a way to get out of the city if you happen to live in one.

The worst of it is still ahead.