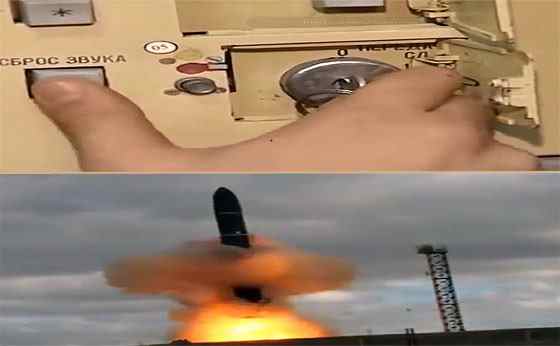 Are the elites that ‘crazy’?

The way I see the ‘bigger picture’ of the coming inevitable United States dollar hegemony collapse, while Russia (the West’s new ‘bad guy’) will not back down from the escalating brinksmanship of economic and currency warfare:

Have you been wondering why the United States has been making a recent enemy of Russia?

In my opinion we are witnessing an Empire end-time struggle of the U.S. dollar hegemony over the world – the result of which may become the end of the dollar as we know it and grave financial pain for the American citizen, or even worse, World War 3.

You’ve probably seen or heard the word ‘hegemony’ before. But what is hegemony? Hegemony is the political, economic, or military predominance or control of one state over others. We are seeing before our eyes – the most critical clash of our time – the increasingly desperate attempts to sustain global dollar hegemony and dominance. What you need to know is that this ongoing battle is coming closer to a tipping point. The dollar is going to collapse. One day.

You better do what you can to understand what’s really going on – to see through the propaganda and misinformation – and to prepare and protect yourself from the results of a global chess game and perhaps soon to be ‘checkmate’.

You’ve heard that desperate people do desperate things, but will we (the pawns) be led to major war while the protected elite call the shots? There is a looming collapse of the dollar and it will be caused by losing it’s reserve currency status. When the ‘currency war’ fails, the elites in desperation will lead us to the next major world war – which might even go nuclear. Why? Because the U.S. is not ‘playing’ with an Iraq this time. This time it’s playing with Russia, a major nuclear power with a strong military, in alliance with China. This time it’s different…

While the dollar is in a temporary rally, don’t be fooled. While the chess game may even take one to three years to play out till checkmate, once the ‘king’ is tipped over, once the dollar goes, the United States ‘empire’ status is finished. Believe me – I do NOT wish for American hardship, as I am an American – but it’s just how I see the unfolding right now – and while I hope we do not suffer because of it, I do prepare for the uncertainty.

In case you didn’t know, the reason we (the United States) are able to sustain astronomical deficits, mind-boggling national debt, seemingly limitless spending on government and it’s programs, is because the dollar is the world’s currency reserve. For those who have not been paying attention, this notion has been slowly slipping, and is being challenged and seen for what it really is – and is facing serious challenges ahead. In fact serious is not strong enough a word – more like desperate.

The thing is, the elites are running out of moves in this chess game. Their spending policies (while having enabled an enormous dependent class of serfs), have destroyed much of the middle class – who themselves are just a paycheck or two away from serfdom. When the dollar falls down – even just a teetering – the tipping point will have been reached as the systemic house of cards collapses on itself while a state of anarchy erupts in the United States. The elites know this and they will do anything to keep it going until the very end. This is where our new apparent ‘enemy’ comes in… Russia.

The United States is making an enemy of Russia.

You see, any nation that has chosen to NOT use the dollar as a currency medium of exchange is first hit with economic sanctions. If that doesn’t work they’re hit with attempted government overthrow by way of internal (provoked and assisted) revolution. If that doesn’t work, the bombs start dropping. The problem is, and the illustrating fact that the United States is so desperate, is that we’re doing it to Russia. We’re in phase 1 and 2 right now. Phase 3 will not end well.

Russia and China are two neighbors (look at a map). Russia and China have entered a number of alliance agreements with each-other that do not include the dollar. And in fact, just today, China launched a Yuan (Chinese currency) swap trade agreement with Russia and their Ruble (Russian currency) as a backstop. Their alliance (and/or independent currency actions without the dollar) are a MAJOR threat to the dollar. If it is not stopped, the dollar’s reserve currency status will likely be one day brought to it’s end.

Back to Russia… Russia has been moving outside the dollar. Do you think that the Ukraine situation just happened out of coincidence? No, it did not. You see, while the United States has severely sanctioned Russia (which is hurting but not collapsing them), the U.S. can’t just go to war with Russia (at least not yet). First it needed a Ukraine. Ukraine is on the southwest Russian border – a Russian speaking people of Russian descent – generally half of whom ideologically side with Russia (Eastern Ukraine), and a portion who hope for more ties with Europe (Western Ukraine). The perfect place to set up a revolution… and then place blame on Russia after they’re drawn in – resulting in an excuse for more sanctions. Why else would the U.S. be so concerned about a country so far away on the other side of the world?

Russian sanctions are not destroying the country. They are not enabling a revolution or Putin overthrow within Russia. The sanctions have damaged the Ruble, but Russia is finding other backing and trade solutions (e.g. China) than the utilization of the western dollar and the (SWIFT) system of international commerce.

The growing dollar-free axis of Russia, China, and others is a direct play in the ongoing currency war. Like I said earlier, the only way for the United States and it’s dollar to avoid collapse is to maintain it’s reserve currency status. The fact that desperation has set in (e.g. slapping the Russian bear) leads us to a very dangerous time indeed. Will the elites lead us to World War III when all else fails? Are they that ‘crazy’? 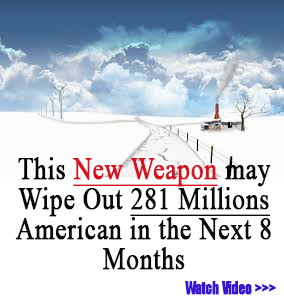 Opt out of dollar and US Empire will die: Analyst