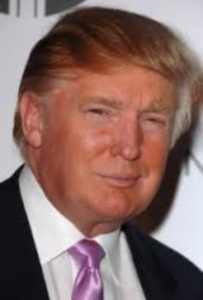 Donald Trump has said and done some strange things in his lucrative and storied career. However, his recent slamming indictment of the United States economy is definitely one that many Americans could agree with. Immense debt levels, high unemployment numbers and an inevitable credit downgrade are all ingredients for “financial ruin,” says Trump.
Speaking in an interview with Fox News (via Money News) over the weekend, Trump purported that the U.S. is no longer a rich country and cited the $16 trillion debt levels and the continual borrowing from China and other nations (SEE: Foreign investors continue to shed U.S. debt at record pace) as an example.
Citing the enormous national debt, Trump warned that it’s going to be a lot higher by the time President Obama finishes up his term. When the country faces a $22 trillion debt then there is going to be a downgrade “no matter how you cut it.”

Moreover, Trump argued that the real unemployment rate is actually more than double than what is being reported right now, noting that the seven percent jobless figure “isn’t a real number.” If real calculations were inserted then the unemployment rate would be between 15 and 21 percent, a statistic alluded to by many contrarian investors and Austrian economists.
“Right now, frankly, the country isn’t doing well,” Trump stated. “Recession may be a nice word.”
Bubble Warnings
Warnings of more bubbles and a second economic collapse have been written about extensively this year. Recently, well-known consumer advocate Dan Barnabic wrote in the Wall Street Journal that bubbles are forming all across the economy and when they burst it’ll unleash havoc against everyone.
“The stars seem to be aligned for the bubble to burst within almost all sectors of the economy. This may spell a serious hardship for an average American,” Barnabic averred. “Whether it’s going to happen later on this year, or in the next three years, isn’t a question anymore. The question is, how severe will it be and are Americans going to have enough resources to sustain and recover from it?”
What exactly is in a bubble? Barnabic pointed to stocks as possibly being in the third-biggest stock bubble in market history, while real estate may be overvalued by as much as 50 percent, a troubling number considering that the Federal Reserve has attempted to stimulate this sector of the economy.
Even Fed Chair Janet Yellen warned last month that certain parts of the stock market, like social media, may be overheated, overvalued and in a bubble.
“If real estate was to crash simultaneously with the stock market, the future doesn’t bode well for the North American economy,” he cautioned. “It may now be time to sell your stock and real estate and hold on to your cash. Later on, you can buy the stocks and real estate cheaper once the bubble bursts and devaluation takes place.”
In other words, the U.S. could soon become like Greece or Spain but on a much larger scale. What does this mean? The empire will crumble like all other empires before it. Too much debt, overextension and credit will be the downfall of the U.S.(source)