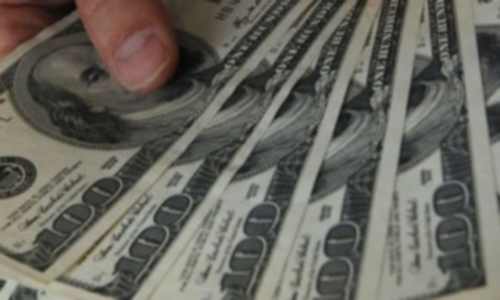 Economic Collapse-American Riots Will Be The Worst In The World!  If the dollar fails, America will fail, and even the upper middle class who duped themselves into believing that the homeless were the saddest cases, will have to watch their own households fall before they abandon their illusions about the forces no longer in play around them.

The financial crisis and Kennedy assassination were all part of a world-wide red shield conspiracy?!?!?!?!?!?

Both parties have been selling out America for decades from Reaganomics to NAFTA. In order to have a strong economy you must have a strong middle class with people working in good paying jobs. That builds the community necessary to invest, buy goods, services and pay taxes. What we have now is an illusion propped with lies and promises. Exporting your industry and destroying your tax base is a good way to bring a country down with no one realizing it until it is too late. What is really sad is that the middle class is not the only target, people who think they are wealthy are going to wake up one day and find that their house of cards economy has fallen down and their vast wealth is not worth the paper it is printed on. Divide and conquer play on greed and a very select few will eventually have total control of all the worlds resources.

The military might of the USA was in it’s industry and it’s ability to build and maintain it’s defense. We have allowed corruption to dismantle our might to the point that the USA can no longer sustain itself, we now exist on borrowed money and borrowed time. There used to be a program called workfare that gave an alternative of training and jobs instead of welfare but our government seems to have done away with it. I wonder why? The only thing I can think of is that corruptions the rule and the worlds full of fools. What this country needs is training and jobs yet we are doing anything but. Schools have become institutions of indoctrination rather then educations, we have lost generations of children and are paying dearly for it. The ACA aka Obamacare is a scam on us all, insurance in the concept of investing in a strong economy to pay out for losses wasn’t a scam but insurance today backed by underwriters solely for the purpose making money by charging people for goods and services they will never receive is. Insurance also allows a market to take more profit from the market then the market can bear by getting people to pay more for goods and services because they are caught up paying even when they don’t get goods and services. The people pay into the system the Medical and Insurance Industries feast and then charge people even more on top of it. Lobbying is not free speech it it graft and corruption, wake America are you really so stupid to think anything will change with this kind of corruption? The whole problem with insurance and pensions is that it needs to be backed by investment in a strong economy to have any chance of working .

We don’t have a strong economy, what we have is a House of Cards economy bubbled up by the Fed with monopoly money to give the illusion of a strong economy. Share holder value that’s a big joke, how many companies funnel their profits into dividends? How about the companies that corporate raiders have taken for sweet profits from while running them into the ground leaving the stockholders and workers holding the bag.

Of course that was all the fault of the stockholders not investing wisely and the employees for not getting better jobs.Ross Perot warned of the big sucking sound with free trade agreements while our so called leaders promised prosperity for all. You can’t compete with countries that allow slave labor and the freedom to cut costs polluting due to little or no regulations. The only way to compete with a third world country is to become a third world country. It is corruption that is bringing the US down from within not any foreign enemy and this corruption is not only in the government but the entire country that feeds on the lies and promises. Both parties are destroying the country from within while the voters complain and vote them right back in office so who’s the dummy here? If your government is no longer serving the people why do you keep electing the same sellouts to office? There should be a massive firing of all incumbents at the next elections for the job they have been doing but there won’t be. We should be raising up third party candidates not sold out to corporations but we won’t. So America you deserve everything you have coming to you and have no one to blame but yourself, God help your children because you have failed them.