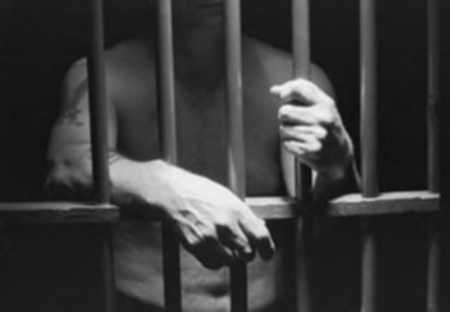 Though exact claims about the purpose and nature of the camps vary from one crank to another, a common theme is that they will be used to detain dissenting US citizens after the consolidation of the North American Union in preparation for the establishment of a one world government. The camps allegedly come complete with boxcars for moving people around and plastic coffins for burying them. (Why not just burn the corpses Nazi-style?)
FEMA, naturally, is the shadow government which will run the show after the puppet government dissolves through a series of executive orders issued by the President. The idea that FEMA could pull off such a masterstroke is surprisingly widespread, considering their massive display of incompetence during Hurricane Katrina.

There are several videos purporting to show footage of the camps, as well as shots of ominous-looking fences and webpages listing locations of over 800 camps, allegedly all fully guarded and staffed full-time despite being completely empty. In addition to the implausibility of such a massive conspiracy being kept totally silent, the evidence is damaged by the fact that the videos and pictures actually depict everything from National Guard training centers to Amtrak repair stations to North Korean labor camps.
The FEMA camp conspiracy theory has been alluded to by Republican leadership candidate Michele Bachmann, though she did not say FEMA. Glenn Beck, who to his credit later backpedaled and hosted a debunking segment featuring a guest from Popular Mechanics, promoted the theory as well. Still, the theory remains popular among the survivalist community and the militia movement, and there’s no shortage of adherents on the Internet.
So far the only flaw in this otherwise brilliantly executed conspiracy was the mistake of publicly advertising jobs to work at the camps. It’s always the small details the conspirators slip up on.

The idea that the US government is planning to intern masses of people has some history: In the 1980s, opponents of Ronald Reagan’s Central America policy on the left thought that FEMA was planning a mass roundup of them just before the imminent U.S. invasion of Nicaragua. Barely skipping a beat, it became a theory on the right-wing black helicopter/militia circuit in the ’90s, among Alex Jones followers and truthers in the 2000s, and today by the more insane opponents of the Obama administration.
The theory’s proponents don’t express a lot of worry about the Centers for Disease Control, which actually does have the power to intern large numbers of citizens pretty much immediately as needed.

A recent claim is that House Resolution 645 from 2009’s 111th Congress authorizes the creation of FEMA concentration camps. There really is a H.R. 645,  and a careful reading of the bill shows that they are making camps and that FEMA is involved. However, anyone with reading comprehension beyond the average third grader will notice that the bill is for humanitarian assistance and temporary housing after disasters (and “other appropriate uses”) and that FEMA is only involved in the sense that the locations of the camps are set up along FEMA’s districts. Oh, and the camps for practicing responses to national disasters are with coordination between federal, state, and local authorities. The reason you don’t have private access to the camps is that they’re on military installations, which are generally not open to the public. Not scary.

There over 800 prison camps in the United States, all fully operational and ready to receive prisoners. They are all staffed and even surrounded by full-time guards, but they are all empty. These camps are to be operated by FEMA (Federal Emergency Management Agency) should Martial Law need to be implemented in the United States and all it would take is a presidential signature on a proclamation and the attorney general’s signature on a warrant to which a list of names is attached. Ask yourself if you really want to be on Ashcroft’s list.

The Rex 84 Program was established on the reasoning that if a “mass exodus” of illegal aliens crossed the Mexican/US border, they would be quickly rounded up and detained in detention centers by FEMA. Rex 84 allowed many military bases to be closed down and to be turned into prisons.

Operation Cable Splicer and Garden Plot are the two sub programs which will be implemented once the Rex 84 program is initiated for its proper purpose. Garden Plot is the program to control the population. Cable Splicer is the program for an orderly takeover of the state and local governments by the federal government. FEMA is the executive arm of the coming police state and thus will head up all operations. The Presidential Executive Orders already listed on the Federal Register also are part of the legal framework for this operation.

The camps all have railroad facilities as well as roads leading to and from the detention facilities. Many also have an airport nearby. The majority of the camps can house a population of 20,000 prisoners. Currently, the largest of these facilities is just outside of Fairbanks, Alaska. The Alaskan facility is a massive mental health facility and can hold approximately 2 million people.

Now let’s review the justification for any actions taken…

Executive Orders associated with FEMA that would suspend the Constitution and the Bill of Rights. These Executive Orders have been on record for nearly 30 years and could be enacted by the stroke of a Presidential pen:…