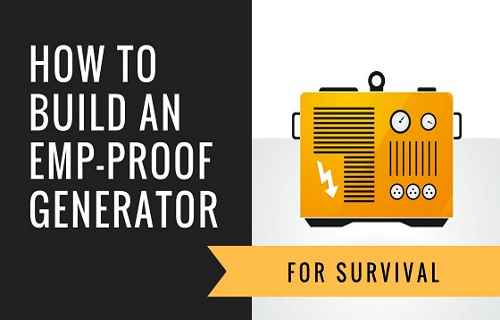 If you’re like me and seriously concerned about the threat of an Electro Magnetic Pulse attack taking out your ability to generate enough electricity to:

Then check out this video on how to build your own EMP Proof Generator for a post “EMP attacked” society.

These aren’t the kind of generator’s that could run your whole house, but they could make you the only person left with the ability to recharge batteries, in the NEW Electricityless world that would follow an EMP attack.

How To EMP Proof A Portable Solar Generator

The first step to building the first type of EMP Proof Generator starts off by getting yourself a Faraday Bag that meets Military Specification.  This type of EMP proof bag allows you to take small critical pieces of electronics, that could be damaged by an EMP, and SHIELD them from an EMP attack.

And we’re going to need this Faraday bag for EMP Proofing the first generator I’ll show you how to build today, The Portable Solar Generator, by taking the three parts of a Solar Generator that would be destroyed by an EMP, and protecting them in one of these bags. 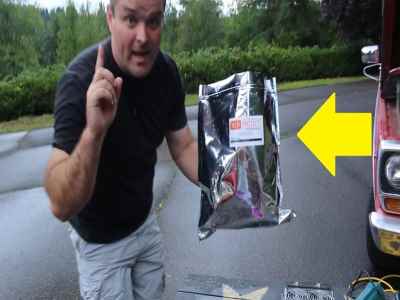 Which three parts should you store in your EMP Proof Faraday Bag?

Well you could store a LOT of things… LORD knows I do… because they protect ALL electronics from an EMP.  So I put my night vision optics, battery Chargers, and electonic perimeter security devices that I don’t want to be destroyed by an EMP.

But if we’re just talking about building an EMP Proof Generator, the two parts you MUST put in one of these Faraday Bags is: 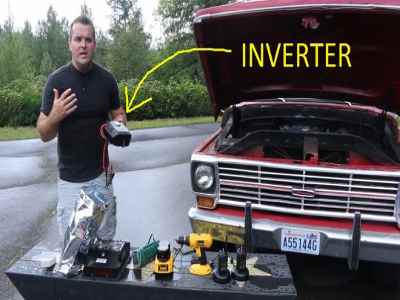 nverters are devices that will be destroyed by an EMP if unprotected.  Normally they are left inside a Solar Generator so that it can convert the DC power that comes directly out of a big battery into AC power that you can plug most of your electonic devices into.  But I recommend you have two.  One that stays inside your Solar Generator, and the other that stays protected inside a Faraday bag for the day AFTER an EMP attack.

This type of inverter was a unit I bought at the local Car Part’s shop for around $80 that allows me to take the ‘positive’ and ‘negative’ clamps and hook them onto any battery.  I personally like to hook it to a BIG RV battery that I installed in my Solar Generator, but you can hook it to any battery you wanted.  This is something the Portable Solar Generator Industry doesn’t like to reveal, because they like to sell you expensive ‘Black Boxes’ that can’t be repaired post EMP. 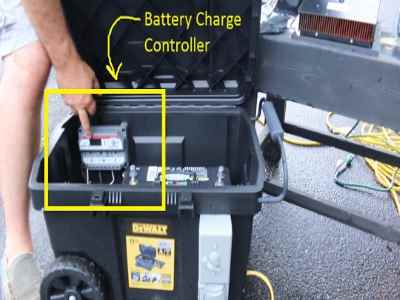 I personally just leave mine hooked up to a Solar Panel all year long and let my Charge Controller Trickle charge it.  But in the event of an EMP, that charge controller would go capooey, so I’d need to have a second back up one protected in a Faraday bag.

But now we have a final problem, and that is that Solar PANELS are not EMP proof either.  So they will be destroyed by an emp if not protected, and they don’t make a Faraday bag big enough to fit a decently sized Solar Panel.  Now you could throw a small collapsable Solar Panel in one of these bags and it would work, but they are PRETTY weak on power. 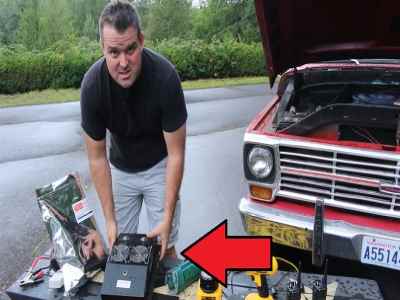 The unit in this picture is called a Thermal Electric Generator.

It takes HEAT off of a wood stove and can convert it to 45 watts of electricity.

Now that’s not enough to run a freezer or anything, so we’re not talking about setting any power generation records here.  But its ABSOLUTELY enough to keep a big battery from a Solar Generator charged up enough to keep radios, perimeter security systems, and tool batteries topped off if an EMP fried your Solar Panels.

Now you do need a wood stove for these to work, but by having these three parts; an inverter, charge controller and a Thermal Electric Generation unit on hand and and protected by Faraday bags; it would keep you from swimming up $&!T creek when an EMP fries everything in your world.

f you’re not sure about which types of each of these to get, we have plans for properly building and sizing your own portable solar generator here. 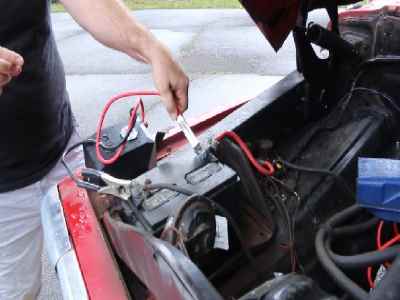 Remember that inverter we took out of my Solar Generator and protected from an EMP using a Mil-Spec Faraday bag?

Well don’t forget that you can hook it up to ANY type of battery.

And what a lot of people forget about is that the one type of battery that can still be powered by a gas powered engine after an EMP is an older vehicle that doesn’t use advanced computers to run things like the fuel injection.

If you can find one that is all run on mechanical parts, it’ll still run post EMP attack!

Now the key here is picking the right kind of INVERTER that is STRONG enough to power the devices you’d like to still power with this type of EMP Proof Generator. (More on that in a second)

Now, this is NOT the most economical way to go when it comes to how much your paying for the Truck and Inverter, compared to how much electricity you are generating.  Many generators are cheaper… the only problem is they won’t work post EMP attack.  Plus I can’t drive one of those.  So personally I felt like hunting for a good bargain on a pre-early 70’s truck was like an insurance payment for a post EMP attacked world.

If right now the grid went down from an EMP, because I have my truck, I could use the power this inverter can suck off my 1969 Ford’s battery, to  keep my freezers running long enough to use my other off grid food preservation methods to preserve the meat for long term storage, by canning it all up without electricity, dehydrating it into Jerky with my Solar Dehydrator, or Smoking it in an impromptu smoke house.

You wouldn’t want to keep burning up preciously stored gas for more then a few days post EMP attack… but if you could buy yourself an extra handful of days you could help save a LOT of food from spoiling.  And we all know IF an EMP attack does happen, eating is going to become a VERY important thing to pay attention to, so this little hack could just save your life. 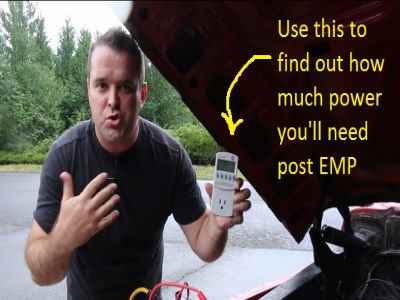 If you are new to the world of Electronics like I was, am, and will forever probably still remain… if you learn one thing from this post it is that you need to buy an inverter capable of powering the things you’re betting your life one having Post EMP attacked world.

And to run the pump in your well you can need an inverter capable of around 4,000 peak watts.

So the question is…

To find YOUR answer to that question, what I recommend you do is get this tool that I’m holding in the above picture called a Kill-a-watt.

The Kill-a-Watt is a device that you can plug all your electrically powered items that you want to still work post EMP into, and calculate how much power it takes to keep them running.

This is always the first step I give people when I help they go through my Plans On Building A Solar Generator; because almost everyone makes the mistake of under-prepping for electrical needs, and this one tool helps you get it right the first time!

If you’d like my plans for how to size the right portable Solar Generator for your family, click here for the plans and blueprints.  One of the reasons our plans are so popular is we give you the tools to size a system for your needs, and then we give you 3 different pricing options for parts depending on your budget.  So whether things are tight, or whether you have extra cash, you can make sure you build a unit that’s really rugged and dependable for MANY years to come. 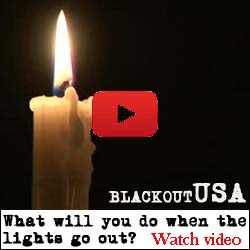 How to Build a Homemade Thermoelectric Generator

Homemade Bio-gas As An Energy Source