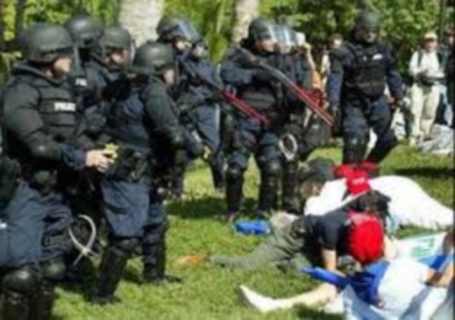 I had the opportunity this week to reconnect with Peter Schiff, CEO and Chief Global Strategist of Euro Pacific Capital.

It was a powerful interview, as Peter indicated the Fed is trapped in a long-term position of destroying the dollar, while mainstream voices cheer resultant new highs of the stock market. Such dollar debasement Peter explained, means “the price of gold is going to skyrocket”—once the negative propaganda wears off.

In response to this week’s conflicting policy statements issued by the Fed, Peter said, “They checked into the ‘Roach Motel’ of monetary policies because they can get in—but there’s no way to get out. So what they do is they bluff. They pretend there is an exit strategy knowing that exit is impossible…they just have to maintain the pretense as long as they can, before the market figures out the true predicament they’re in.”

“No matter what Ben Bernanke says, between now and the time he’s supposed to taper, he will come up with an excuse why he can’t and I think he already knows this. But he can’t let the market know that the whole recovery…is merely a temporary by-product of the QE, and that the minute you remove the QE—we’re right back in recession.”

Everything is going to be just great. Haven’t you heard? The stock market is at an all-time high, Federal Reserve Chairman Ben Bernanke says that inflation is incredibly low, and the official unemployment rate has been steadily declining since early in Barack Obama’s first term. Of course I am being facetious, but this is the kind of talk about the economy that you will hear if you tune in to the mainstream media. They would have us believe that those running things know exactly what they are doing and that very bright days are ahead for America. And it would be wonderful if that was actually true. Unfortunately, as I made exceedingly clear yesterday, the U.S. economy has already been in continual decline for the past decade. Any honest person that looks at those numbers has to admit that our economy is not even close to where it used to be. But could it be possible that we are making a comeback? Could it be possible that Obama and Bernanke really do know what they are doing and that their decisions have put us on the path to prosperity? Could it be possible that everything is going to be just fine?

Sadly, what we are experiencing right now is a “mini-hope bubble” that has been produced by an unprecedented debt binge by the federal government and by unprecedented money printing by the Federal Reserve. Once this “sugar high” wears off, it will be glaringly apparent that by “kicking the can down the road” Bernanke and Obama have made our long-term problems even worse.

How to prepare for Martial Law

But is that really the case?

Everything is fine, but the city of Detroit has just filed for Chapter 9 bankruptcy. It will be the largest municipal bankruptcy in U.S. history…

Detroit filed for the largest municipal bankruptcy in U.S. history Thursday after steep population and tax base declines sent it tumbling toward insolvency.

MORE : The Depopulation Agenda For a New World Order Prepared for This (VIDEO)

The filing by a state-appointed emergency manager means that if the bankruptcy filing is approved, city assets could be liquidated to satisfy demands for payment.