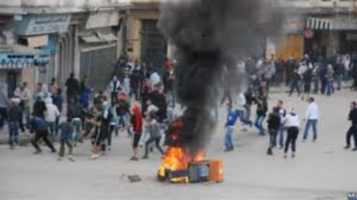 High level government documents reveal that the Pentagon is preparing in full force for ‘large scale economic meltdown’ and massive revolt via the US public — exactly what we are criticized for doing.

You see the Pentagon and agencies like the Department of Defense (DoD) are in full scale emergency readiness in their own words for ‘cataclysmic’ events that are believed to ultimately ignite riots in the face of chaos and economic collapse, and it’s all out in the open. And it’s one of the reasons that we’re seeing such a massive amount of spying on activists of all kinds, alternative news writers and personalities, and basically anyone preparing for themselves.

The US government is dedicated to logging such information into a major database in order to ‘prepare’ for the coming collapse that they are predicting in their own documents for all to see. Collapse predictions that have turned into ‘war games’ by the Pentagon, which in 2010 were orchestrated to prepare for what the Pentagon dubbed ‘large scale economic breakdown’ and the disappearance of essential services like food.

In this same ‘war games’ exercise dedicated to domestic response, exercises were ran in order to prepare for ‘domestic order amid civil unrest’.

MILITARY TO STOP ‘DOMESTIC RESISTANCE’
A thread that is seen throughout these tests is the concept that civil unrest will unfold and prompt military action against the public. One of the largest examples of this is the US Army’s Strategic Studies Institute paper that talks about about the ‘threat of domestic crises’ that are expected to lead to massive unrest throughout the nation. Spurring more paranoia into the notion that every citizen is a terrorist, the report starts talking about everything from economic collapse to a loss of functional political order brought upon by a ‘hostile group within the United States’ that could access weapons.

In such scenarios, the report discusses how the DoD would then be ‘forced by circumstances’ to come in and stop ‘purposeful domestic resistance or insurgency”:

MORE : Gerald Celente and Peter Schiff – Economic Collapse Martial Law – Prepare Now – It Will Happen Really Quick – No One Will Be Immune

“DoD might be forced by circumstances to put its broad resources at the disposal of civil authorities to contain and reverse violent threats to domestic tranquility. Under the most extreme circumstances, this might include use of military force against hostile groups inside the United States. Further, DoD would be, by necessity, an essential enabling hub for the continuity of political authority in a multi-state or nationwide civil conflict or disturbance.”

To go along with this, and the idea of the military coming in to stop domestic resistance in the midst of an economic collapse, the Pentagon has gone and created a force consisting of 20,000 troops whose sole purpose is to be available for civil unrest and catastrophes – all based on the 2005 Homeland Security program to prepare for ‘multiple, simultaneous mass casualty incidents‘. Yet again we see this link.

But don’t worry, changes have been made just one month ago to allow for the Pentagon to directly have absolute authority over domestic emergencies and ‘civil disturbance’ at large. As reported in a Long Island news publication and properly summarized by The Guardian as further preparation for some form of domestic meltdown:

“Federal military commanders have the authority, in extraordinary emergency circumstances where prior authorization by the President is impossible and duly constituted local authorities are unable to control the situation, to engage temporarily in activities that are necessary to quell large-scale, unexpected civil disturbances.”

And going by the Pentagon documents mixed with the DoD papers, it appears the military believes America may take to the streets amid an economic collapse or ‘domestic disturbance’ of large caliber. And you can be sure that virtually all citizens that question the government are the targets of military intervention, as we see in the DoD’s own Army Modernisation Strategy, detailing ‘anti-government and radical ideologies that potentially threaten government stability‘ as a major threat.

Yes, you read that right. The DoD is classifying ‘anti-government and radical ideologies’ as something that threatens government stability. When a major ‘domestic disturbance’ comes along that all of these documents are discussing, such as perhaps in the form of mass protests, it’s the ‘anti-government extremists’ they will be coming after.

ABOUT THE AUTHOR (AUTHOR PROFILE)

Google Plus Profile Anthony Gucciardi is the creator of Storyleak, accomplished writer, producer, and seeker of truth. His articles have been read by millions worldwide and are routinely featured on major alternative news websites like Drudge Report, Infowars, NaturalNews, G Edward Griffin’s Reality Zone, and many others. He is also a founding member of the third largest alternative health site in the world, NaturalSociety.com.

Preparing for Economic Instability: Six Ways to Ready Yourself For the Inevitable