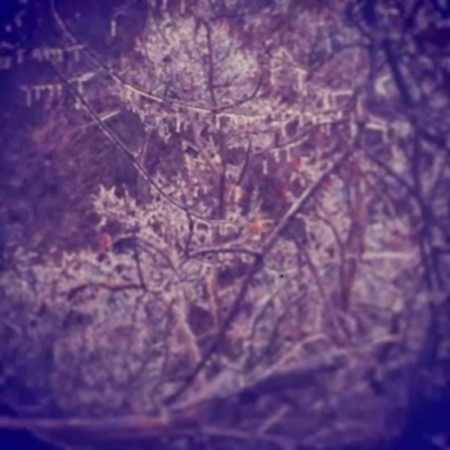 As a survivor of the Icepocalypse that recently gripped much of the South in crippling power outages and freezing temperatures, at least three lessons can be deduced from the experience.

While this statement may come as basic common sense to the majority of my usual readers, such observations do bear repeating. Indeed, it is important to remind ourselves of just how unprepared we may be, even though we may be more prepared than most of the rest of the population.

Many of those who are aware of the possibility of an economic collapse, general war, electrical grid failure, or simple natural disasters are aware through available literature of how human behavior will adjust to the new circumstances if a crisis takes place. Although much of what “preppers” are confronted with in terms of information often borders on the state of panic and fear, it is true that what is at first a tranquil community of friends and neighbors can very quickly turn into a violent mob and dangerous enemies fighting over finite resources.

While the recent winter storm did not turn out to be the Apocalypse, the days without power for many was a very important learning experience on just how prepared they were for an emergency as well as how their neighbors will react in the same situation.

As I already mentioned, there were a small minority of individuals who were prepared all along, because they had previously learned to stock up on essential items and tools for personal survival to begin with. These individuals are often called “preppers” by media outlets (mainstream and alternative alike) but, in reality, they are simply people who exercise a level of basic forethought in the manner that was once common behavior and not notable in any sense.

These individuals were able to weather the storm in conditions ranging from basic temporary self-reliance to minor discomfort and inconvenience. They had a source of food, water, and heat. They had a means to defend themselves if necessary. They did not require supplies after the fact.

Others still believed they were prepared . . . until the storm hit. They had generators but no gas. They had extra food, but no way to cook it. They had a well, but no way to pump the water. Some had fireplaces with no logs or firewood with nowhere to burn it. The list of half-preparedness is endless, but the resulting sum of that half-work is the same – they were not prepared at all.

The vast majority of people, however, did not even have the basic material needed to last through a four-hour disturbance in their normal routine. Most had not purchased extra food and water or made plans to heat themselves in some way other than electricity. Nor had they even bothered to fill up their gas tanks the day before the storm. In fact, with the exception of the usual rush to buy milk and eggs (food that will spoil as soon as the power goes out)when a storm approaches, there was not even the shockwave of panicked buyers looking to prepare. Most of the important items like canned goods were still on the shelves the day before the storm.

After the storm, however, panicked masses brought out by sudden discomfort and disruption were lining up for warm food (or any food they could find) while others lined up for a mile to purchase gas for their vehicles or generators. Any stations and restaurants with a generator were able to make a killing in one day, but the number of stores with that capability were few and far between. People congregated anywhere with signs of heat and commerce. It should also be noted that most open stores were unable to process credit and debit cards.

This was the morning after the power went out.

On the second day without power, the lines of people at the pump were noticeably more irritated, with some breaking in line by parking across the street with their gas containers and jumping in front of motorists to pump their fuel. Others simply tried to use their vehicles to push their way ahead. Thankfully, gas trucks were able to reach most areas, keeping the supply flowing, and food trucks were also able to resupply corporate fast food chains which also faced a number of line jumpers.

While power was gradually restored after the second day, the tension and panic began to subside. However, one can only wonder as to what might have taken place had the power continued to be shut off for another day or even a week. What would the city have looked like if food and gas trucks had not been able to reach the stations and restaurants freshly out of food? What if the outage continued indefinitely?

Clearly, one answer is that a great many people – particularly those who are incapable of even the slightest forethought to prepare for an oncoming storm, much less an undefined disaster which may or may not happen in the future – will be looking for food and warmth. If the crisis persists, they will not be able to find either.

With this in mind, the recent winter storm and its corresponding power outages should serve as a reminder that a little preparation is never a bad idea. However, your preparation should cover the most essential items, as well as cover a longer-than-expected length of time. Indeed, whatever preparation done now in the correct manner will be worth so much more when an actual event takes place.

Thus, a short list of basic necessities to consider in the case of a winter storm is included below. It is by no means comprehensive – but, from my experience, it will definitely keep you well ahead of even the half-prepared. Readers are encouraged to add useful tips in the comments section.

Remember, purchasing goods for the winter in the summer is usually a cheaper route than waiting until the cold has arrived.

1. Storable food and water – This does not necessarily have to be hundreds of dollars of worth freeze-dried food. It could mean something as simple as canned goods, Ramen noodles, and other foods that last a long time without requiring electricity to prepare. Bottled water or storable water jugs are always a good idea as well.

2. Guns and Ammunition – Let’s face it. If the crisis continues, you will need to defend yourself as others reap the fruits of years of television watching when they should have been preparing.

3. Generator – Although a good generator is out of the price range for many and possibly even a liability in a prolonged crisis for everyday use (it can signal who has power when everything else is silent), in a short-lived winter emergency a generator is life saver.

4. Propane and Propane Accessories – A propane cooker, for short-term outages, can provide an avenue to cook all of the food that may be in danger of going to waste if the power stays out. Similarly, having iron cookware that can be used in tandem with a traditional grill or even over an open fire might eventually become useful.

5. Heat Source – This heat source can come from a generator, but only so long as the gasoline lasts. Likewise, almost all heat sources rely on finite sources of energy – gas, oil, wood, etc. Not relying solely on one source is paramount. Wood stoves, kerosene heaters, propane, generators and more are all welcome additions for those of us who need to take heat into a consideration. Also, look into innovative means of heating your home in an emergency such as using tea light candles and other useful mechanisms.

6. Winter Wear/Extra Blankets – Eventually, if the crisis persists, the heat will run out. You need extra sets of warm clothes and several sets of extra blankets if you are to survive. Water-resistant boots can make the difference between comfort and frostbite. The same applies to gloves, jackets, and hats.

7. Flashlights – You will need light inside and outside of the house. Darkness falls quickly, and one needs light by which to locate tools, find your way around, or even to travel if need be.

8. Batteries – Lots of them. And not just for flashlights. However, batteries have incredibly short lives when they are being utilized regularly, so the more the better.

9. Candles – Eventually, batteries run out. Candles can provide steady light in the dark so flashlights can be saved for travel or emergencies.

10. Lighters – Fire is extremely important in winter, and for only a few dollars you can make sure that fire is always at your fingertips. Magnesium fire starters are also a good idea.

11. Medicines – If you or a loved one rely on prescription or non-prescription medications, always do your best to save up and keep an extra supply of medication just in case. In a real crisis, medical centers may not be open, and family practitioners/pharmacists will be in short supply.

12. Fuel! – If you know a winter storm is coming, fill up your gas tanks and your gas cans beforehand. After the storm, to do anything is always too late.

Brandon Turbeville is an author out of Florence, South Carolina. He has a Bachelor’s Degree from Francis Marion University and is the author of six books, Codex Alimentarius — The End of Health Freedom, 7 Real Conspiracies, Five Sense Solutions and Dispatches From a Dissident, volume 1and volume 2, and The Road to Damascus: The Anglo-American Assault on Syria. Turbeville has published over 275 articles dealing on a wide variety of subjects including health, economics, government corruption, and civil liberties. Brandon Turbeville’s podcast Truth on The Tracks can be found every Monday night 9 pm EST at UCYTV.  He is available for radio and TV interviews. Please contact activistpost (at) gmail.com.

1 thought on “Half-Prepping Equals NO Prepping: Lessons From The Icepocalypse”