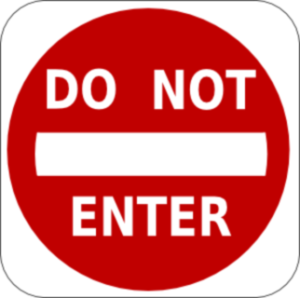 When the SHTF or any other TEOTWAWKI event occurs we will most likely be living in a lock down society. When martial law is in effect there is a complete suspension of your rights under the U.S. Constitution. Some of the elements that would go into effect under martial law are: confiscation of firearms and supplies, rationing of basic supplies, relocation, possible arrest, concentration camps, removal to a shelter, etc.. Power is very corrupting and when given to select people, such as the government and military over the rest of us during a SHTF scenario, the results are usually not leaning in our (the rest of the people’s) favor. There are many concerns that keep preppers up at night. One of those concerns is a biological threat another concern is probably martial law. How to access secure areas during a disaster.

Martial law can happen at any time for any type of emergency or disaster. It does not necessary have to be a SHTF event to trigger martial law. Riots, hurricanes, terrorist events, etc. are all possible martial law triggering events. Some preppers feel that the government is salivating over any thing that they could use to initiate martial law. Pre-martial law (before martial law) is a essential time to be on alert. You should always keep your ear to the ground and your eyes wide open. Some say “ignorance is bliss” which means that these folks are happier not knowing anything. These people want to be kept in the dark. They are like mushrooms. Mushrooms are fungi that thrives in the dark on a pile of dead plants. Most people don’t mind being mushrooms in essences, they eat whatever the media (controlled by the elite) feed them and prefer to be kept in the dark just as long as they are entertained. We preppers know better and do not wish to live like mushrooms.

Accessing Secure Areas During a Disaster

I’m sure that most preppers are all ready keen on keeping their ear to the ground and eyes wide open. We don’t live like mushrooms and pay attention to what is going on around us. When and if martial law were to go into effect people would be restricted to go out and would be kept from certain areas. There would be curfews and most people would have to either remain in their homes or listen to the authorities and be hauled off to a camp and or shelter. The only people who will have access to these secured areas (the areas they don’t want the average person in) will be military, police, emergency responders, security, etc. These are the folks that will be in these areas. The rest of us will be forbidden to roam there.

The only way to be allowed access (and not be shot) is if you were able to step in and assist. A lot of TEOTWAWKI planners will frown on this idea. A warning: This job is not for the weak of heart or the easily manipulated person. We all have our strengths and weaknesses. Some are excellent fighters, while others are terrific growers. Some people can handle pressure while others cave to the idea of pressure. You have to be able to hold your own and stay true to your roots and ideals. This job is kinda of like being a informant, infiltrating the inside to get the scoop on what they are planning next. Basically that is why you would want to access a secure area anyways. Hopefully you would never dream of robbing their stock pile of supplies because you would be shot and killed in a New York minute for sure.

It is sad that we the people (everybody in general) have allowed the elite (governments, military, etc) to corrupt what was once good. They are trying their best to change the U.S. Constitution, dabble with our rights, restrict what we can and can not eat, bring on a plane, etc. etc. etc. They (the powers that be) know that there are a lot more of us than there are of them.

They are probably afraid of the fact that we out number them. This is why they are so determined to turn so many people into mushrooms. If they keep the average folk in the dark and control what the people see, hear, and know then these mushroom people will be easily manipulated. Once under their complete control and martial law goes into effect, the authorities will just haul these people off to a camp somewhere. Don’t be a mushroom. Stay alert and keep your ear to the ground even if that means appearing to be useful to them by offering your skills during a disaster. 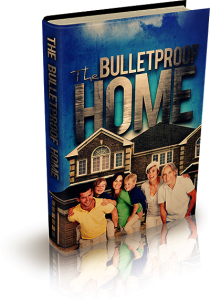 An Open Letter to the People of Connecticut: How citizens of the Constitution State must resist lawless gun control

1 thought on “How to Access Secure Areas During a Disaster”