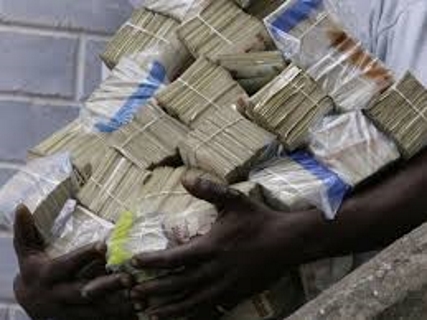 When associated with depressions, hyperinflation often occurs when there is a large increase in the money supply not supported by gross domestic product (GDP) growth, resulting in an imbalance in the supply and demand for the money. Left unchecked this causes prices to increase, as the currency loses its value.

When associated with wars, hyperinflation often occurs when there is a loss of confidence in a currency’s

ability to maintain its value in the aftermath. Because of this, sellers demand a risk premium to accept the currency, and they do this by raising their prices.

One of the most famous examples of hyperinflation occurred in Germany between January 1922 and November 1923. By some estimates, the average price level increased by a factor of 20 billion, doubling every 28 hours.(source)

Venezuelan supermarkets are increasingly being targeted by looters as swollen lines and prolonged food shortages spark frustration in the OPEC nation struggling with an economic crisis.

Fifty-six incidents of looting and 76 looting attempts took place in the first half of 2015, according local NGO Venezuelan Observatory of Social Conflict, which based the figures on media reports and testimony of observers around the country.(source) 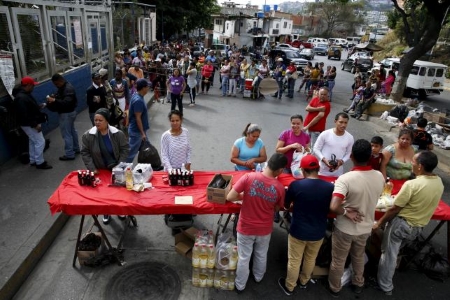 As the world’s economical crisis deepens and inequality tears the very fabric of society the discontentment of the masses manifests itself in violent public disturbances and civil disorder.

Marines with the Bravo Fleet Anti-terrorism Security Team Company on Naval Weapons Station Yorktown, Yorktown, Virginia conducted an operational readiness exercise, which evaluates the team’s ability to perform riot control. The ORE determines of the marines are ready to take their final step in pre-deployment training. After completing and meeting the requirements of the ORE evaluation the Marines will go to Quantico, Virginia for their final phase of pre-deployment training.

Hyperinflation Brought RIOTS and CIVIL UNREST to THIS City! Will Yours Be Next?

Why you need to prepare with Food for Hyperinflation! (VIDEO)