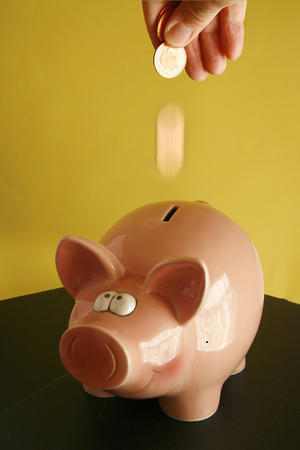 In this post we’re going to be discussing a topic that should be extremely important to every prepper. Unfortunately, if the forums and Facebook are any indication of how much importance most preppers put into their finances…well we’ve got a long way to go to truly being prepared as a community.

We’re going to start out first with defining what prepping really is and what it isn’t. Prepping is not buying a bunch of crap, maxing out your credit cards and putting yourself deeper into debt in order to buy that case of mountain house or a that new AR15. This is dumb….i’m sorry, but it is. If you’re charging thousands of dollars on your credit cards, have a battery of firearms, but yet have no savings then you are not a prepper. You’re a sensationalist, and really bad with money.

Being a prepper (and anymore that term is just losing its original meaning) is about being prepared for anything life can throw at you. Today it seems, a lot of preppers have decided they are going to prepare for that one doomsday event that they are SURE is right around the corner. This is not only silly, but is a disservice to yourself, your family and the preparedness community as a whole. Think about it… why would you prepare for an event that has a extremely low statistical likelihood of happening and yet ignore the dozens of things that WILL happen and you WILL have to deal with sooner than later?

Being a prepper…a REAL prepper, means that you’re simply ready to handle anything that life can throw at you on your own, without outside systems of support. That doesn’t mean we completely discount and ignore the possibility of the unlikely events like an EMP, global pandemic or even peak oil…but by simply preparing for one of these huge events and ignoring the rest of life, you’re basically saying “I am prepared for NOTHING except this ONE specific doomsday event!” That just seems kinda ridiculous doesn’t it?

Debt is something that is REAL; it’s affecting you and your family every single day. It’s preventing you from living the life you want to live. It’s preventing you from being as prepared as you want to be. It could be forcing you to stay a slave to a job you hate. Debt ruins marriages, destroys families and in this bloggers, opinion, is as dangerous as cancer. If you are not at least preparing or figuring out a plan to get out of debt, you (I’m sorry to say) are not a prepper… you’re simply a sensationalist.

Ive seen numerous posts on forums and Facebook talking about how debt doesn’t matter because “when the SHTF all debt is going to go away so I don’t really care…because I know SHTF is right around the corner.” I’m sorry, but if you honestly believe this… you’re an idiot… and please stop calling yourself a prepper. You’re a sensationalist.

Let’s discuss some real ways on how we can get out of debt and start using that money to build reliable, sustainable systems that we can depend on to become more self-reliant (and to steal Jack Spirko’s tagline) “for when times get tough and even if they don’t.”

THAT is what being a prepper is really all about.

There are several ways to get out of debt, however we highly endorse the Debt Snowball System coined by personal finance guru Dave Ramsey. You don’t need to pay money to Dave and sign up to his forums and become a part of his community, (I never understood that… charging people money to help them get out of debt???)  However, Dave’s strategy is sound and has helped thousands of people all over the world get their finances under control.

The Debt Snowball System is fairly straightforward and you can learn the specifics of Dave’s plan at his , however we want to go over one key point in this plan that will help ANYONE that’s trying to get out of debt.

If you’re driving an expensive vehicle with a large payment, sell it. If you’re living in a house that’s eating up half your monthly income, sell it. If you’ve got more money in precious metals than you do in savings, sell them…now.

When tackling your debt, it may seem like stocking up on preps would be impossible since all your extra income should be going to your debt. However, you can still prep while on a budget. You just have to be smart about it. Instead of buying that bucket of Mountain House or bricks of .223 ammo, maybe you should just buy a couple bags of rice and beans or practice with your .22 for a while.

Big purchases need to take a back seat while trying to get out of debt. Tackling 50 grand in credit card debt means you aren’t going to be buying your survival bunker or bug out location any time soon…and no TEOTWAWKI is not a good enough excuse to buy it now when you could easily wait a year or two until you’re out of debt…this goes for that Mad Max bug out vehicle you’ve had your eye on too. Forget about it.

This should be basic stuff to anyone that hasn’t been programmed by the media and society that being in debt is a necessity. Being in debt isn’t necessary to live a happy, productive and prepared lifestyle, even in modern times. In fact, being in debt will keep you from living the life you want. Most importantly, if you’re enslaved to the cancer that is debt, you will NEVER be truly prepared for all the little things life throws at us every day, let alone those big, Hollywood disasters.

Check out Dave’s site, get your budget together, and start living the life you can actually afford and start tackling that debt one dollar a time. I promise, when that last payment has been made, when that last call to Visa or your car loan company is done, the feeling of accomplishment, the extra money you’ll have and the security that you’ll feel by being TRULY prepared will be more than worth the sacrifices.

1 thought on “If you’re Not Getting out of Debt, You’re Not a Prepper”