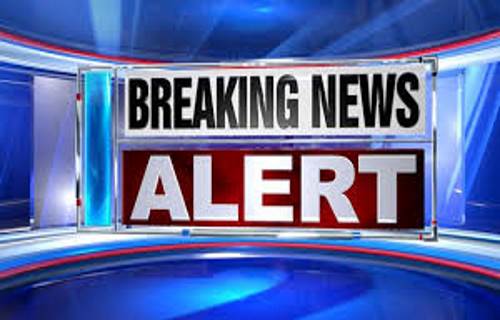 The U.S. military carried out two airstrikes in Libya against ISIS fighters on Monday in the latest escalation of the U.S. war against the self-proclaimed Islamic State. The strikes took place in the city of Sirte. Pentagon officials said the campaign would continue until ISIS has been driven from the city, which it took over last year. Libya has been engulfed in fighting after a U.S.-backed military intervention ousted longtime dictator Muammar Gaddafi in 2011. The Pentagon said Libya’s Western-backed unity government requested the airstrikes. The so-called unity government is one of three competing governments that claim legitimacy in the country. We speak to Phyllis Bennis, fellow at the Institute for Policy Studies.

A pro-ISIS “hacking” group calling itself the United Cyber Caliphate distributed its latest “kill” list this week. The group claims the list includes names, addresses, and email addresses belonging to 8,318 people, making it one of the longest target lists ISIS-affiliated groups have distributed.

In a post Vocativ uncovered on the messaging app Telegram that was written in both English and Arabic, the United Cyber Caliphate called on its supporters to “follow” those listed and “kill them strongly to take revenge for Muslims.”Click here and watch this video for more info.

Most of the names and the accompanying addresses listed appear to belong to people in the United States, Australia, and Canada. Out of 7,848 people identified as being in the U.S. alone, 1,445 were listed as having addresses in California, 643 in Florida, 341 in Washington, 333 in Texas, 331 in Illinois, and 290 in New York. Another 312 names and addresses allegedly belong to people in Canada, while 69 allegedly belong to people in Australia. Another 39 are affiliated with the U.K. and the rest are listed with addresses in Belgium, Brazil, China, Estonia, France, Germany, Greece, Guatemala, Indonesia, Ireland, Israel, Italy, Jamaica, New Zealand, South Korea, Sweden and Trinidad and Tobago.

It is unclear, however, if the list, posted on Telegram on Monday, includes any new information or details that weren’t already accessible online. It’s also unclear why the specific names and addresses outlined were selected, and whether or not they’re in some way related. The group that posted the directory is also dubious. A recent study by Flashpoint, an intelligence firm, showed that the United Cyber Caliphate—a merger of pro-ISIS groups—is incompetent when it comes to hacking. Their highest-profile “hack” involved taking credit for others’ work, according to the study.

But the latest list shows how ISIS-linked groups claiming to be hackers persist with what has become a well-known—even if potentially superficial—tactic: posting “kill” lists calling on ISIS loyalists to attack everyone from Minnesota cops to State Department employees and ordinary Americans. Counterterrorism officials have been at odds over whether such lists are simply efforts to instill fear or instead truly threaten those listed, The Wall Street Journal reported.

The United Cyber Caliphate also published satellite images on its Telegram channel showing U.S air bases around the world on Monday. The same images can be found on Google Earth.

The US is back at war. A new version of what was once known as George W. Bush’s “global war on terror” has become the central component of American foreign policy. The US/NATO assault on Libya in 2011, thousands of troops on the ground in Iraq, plans to keep combat troops in Afghanistan, drone wars rising in Pakistan, Yemen, Somalia and elsewhere—and now new air wars are underway against ISIS and others in Iraq, Syria and perhaps beyond.

In short, our ancestors lived more simply than most people today are willing to live and that is why they survived with no grocery store, no cheap oil, no cars, no electricity, and no running water. Just like our forefathers used to do, The Lost Ways teaches you how you can survive in the worst-case scenario with the minimum resources available. It comes as a step-by-step guide accompanied by pictures and teaches you how to use basic ingredients to make super-food for your loved ones.

In this newest addition to Interlink’s wide-ranging Understanding Global Issues series, Phyllis Bennis asks and answers the basic questions facing so many Americans: What is ISIS? Why are they so violent? Should Obama have kept troops in Iraq? Is ISIS the same as al-Qaeda? Can you really go to war against terror? How should the US respond to ISIS violence? What dangers lie ahead?
Moreover, U.S. militarism helped create ISIS. Bernie Sanders acknowledged this inconvenient truth in a recent Presidential debate. “The disastrous invasion of Iraq, something that I strongly opposed, has unraveled the region completely and led to the rise of al Qaeda and to ISIS,” Sanders said.

The international organization World Beyond War has proposed nonviolent options for responding to terrorism and other forms of violence. See its recent report “A Global Security System: An Alternative to War”. ISIS released a new video in which it has warned of further attacks like in Paris on the countries taking part in air strikes in Syria. In the footage, the terror group also specifically threatens to attack on Washington DC due to America’s central role in air strikes.

The ultimate criterion of my end-of-war rule is that military intervention should be employed in a manner consistent with our ultimate goal of ending war once and for all. Escalating U.S. force in the Mideast—far from taking us closer to world peace—would perpetuate militarism. Whenever the U.S. resorts to bombs and bullets to advance its agenda, it legitimizes the use of lethal force by others, including groups like ISIS.

One of the great ironies in debates about war and peace is that hawks view themselves as hard-headed “realists” and denigrate doves as soft-headed and delusional. The real delusion is thinking that U.S. military force—which over the last decade has exacerbated the terrible violence wracking the Mideast—can now dispel it.  Click here and watch this video for more info.

Without jargon, in an easy-to-use Frequently Asked Questions format, Bennis sorts through the hype to get to the root of this newest edition of the continuing global war on terror.

Phyllis Bennis is a Fellow of the Institute for Policy Studies and of the Transnational Institute in Amsterdam. She writes and speaks widely on US wars and foreign policy and is the author of numerous books including, Understanding the Palestinian-Israeli Conflict and Before & After: US Foreign Policy and the War on Terror. She plays a leading role in US and global movements against wars and occupation. The Never-Ending War: U.S. Announces New Front Against ISIS in Libya.

RELATED : Electronic Doomsday for the U.S.? An EMP Attack Would Leave The Country With no Electricity, no Communications, no Transportation, no Fuel, no Food, And no Running Water

Warning – The War Is Coming! TRUMP Getting Ready To Invade North Korea!!

Locations In The U.S. That You Should Avoid At All Costs If A Nuclear War With Russia Erupts