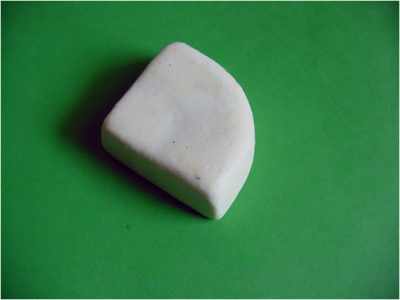 We’ve previously taken a look at wood ashes, and as promised in this article we’re going to delve into one of their most prominent uses as a soap-making ingredient. Lye soap is actually quite old, having been used by many different cultures and societies around the world as a way of profitably reusing meat drippings and the remains of old campfires. For the preparedness minded, lye soap is a convenient cleanser for the body and many other surfaces in addition to being an easily transportable barter item.

Disclaimer and Important Safety Info. I put disclaimers on most of my posts, but in this case you should really take a moment to read this. Lye in its distilled form is extremely caustic, and it can easily eat through your skin, muscles, fat, and even the nerves without you noticing until it is much too late. Always cover exposed skin, wear eye goggles, and wear thick rubber gloves when making lye or handling it when making soap. Always use lye in a well-ventilated area. Be extremely cautious with it and you should be fine.

Furthermore, despite what you may have heard, vinegar is an absolutely terrible idea when you are burned with lye, as the reaction between small amounts of vinegar and burning lye will actually cause extreme heat, which will add a thermal burn on top of the chemical one. Rather than trying to neutralize the lye with vinegar, simply dilute the lye with as much water as you can by vigorously rinsing it and rinsing it as much as possible. I would recommend that you have someone else (such as a helper!) call 911 so you can focus on washing the lye until they tell you different. This website goes into the nitty-gritty of why this is, so please check it out if you aren’t fully convinced.

With that little disclaimer out of the way, let’s delve into the soap-making!

First step, getting the lye

The first thing you need to make lye soap is, naturally, the lye. This is typically derived from wood ashes, specifically ashes from hardwood trees as they tend to be less resinous and give better product over all. The method for taking ashes from your fire and turning them into lye is as follows:

Fat is the other primary ingredient in lye soap, whether it be leftover fat from butchering or just the drippings of grease from cooked meat. Fortunately this is a lot easier and safer to deal with than the lye, though you should watch for grease fires.

Bringing it all together to make soap

Now you need to mix the fat and lye together to make your soap. The goal is to use the fat to solidify the mixture while the lye works to keep the greasiness of the fat to a minimum, making a nice liquid mixture that can harden into a bar of soap. Generally speaking the mixture should be 12 parts lye to one part fat. Take care to properly dilute the lye during this process or the soap will remain caustic and dangerous to the skin!

And that’s all you need to make your own lye soap at home. Be careful with the lye and balance the concentration correctly and you should avoid any burns and have a safe, fun time making this stuff.

Do you have anything you would add to the soap? Have you made your own before? Give us any advice you may have in the comments below!

Intelligence Insider Reveals Framework Of the Next World War: “This is How You Have to Think About Escalation and End Games”