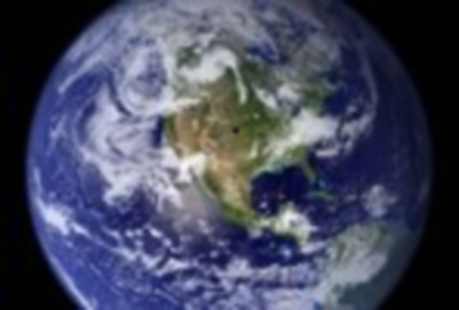 ‘Business as usual’ approach of economic elite will lead society to disaster, scientists warn
Modern civilisation is heading for collapse within a matter of decades because of growing economic instability and pressure on the planet’s resources, according to a scientific study funded by Nasa.
Using theoretical models to predict what will happen to the industrialised world over the course of the next century or so, mathematicians found that even with conservative estimates things started to go very badly, very quickly.

Referring to the past collapses of often very sophisticated civilisations – the Roman, Han and Gupta Empires for example – the study noted that the elite of society have often pushed for a “business as usual” approach to warnings of disaster until it is too late.

In the report based on his “Human And Nature Dynamical” (Handy) model, the applied mathematician Safa Motesharri wrote: “the process of rise-and-collapse is actually a recurrent cycle found throughout history”.

His research, carried out with the help of a team of natural and social scientists and with funding from Nasa’s Goddard Space Flight Center, has been accepted for publication in the Ecological Economics journal, the Guardian reported.

Motesharri explored the factors which could lead to the collapse of civilisation, from population growth to climate change, and found that when these converge they can cause society to break down because of the “stretching of resources” and “the economic stratification of society into ‘Elites’ and ‘Masses’”.

Using his Handy model to assess a scenario closely resembling the current state of the world, Motesharri found that civilisation “appears to be on a sustainable path for quite a long time, but even using an optimal depletion rate and starting with a very small number of Elites, the Elites eventually consume too much, resulting in a famine among the Masses that eventually causes the collapse of society”.

The report stressed, however, that the worst-case scenario of collapse is not inevitable, and called on action now from the so-called real world “Elites” to restore economic balance.

“Collapse can be avoided and population can reach equilibrium if the per capita rate of depletion of nature is reduced to a sustainable level, and if resources are distributed in a reasonably equitable fashion,” the scientists said.

This is not the first time scientists have tried to warn us of potentially impending global disaster. Last year it emerged that Stephen Hawking and a team of Britain’s finest minds are drawing up a “doomsday list” of the catastrophic low-risk (but high-impact) events that could devastate the world.