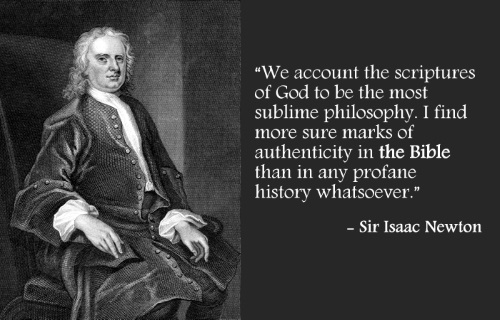 What Did Newton Think About The Coming of Armageddon

The author of the Principia mathematica was a true Renaissance man who spent decades delving in the secrets of alchemy and even longer studying the Bible, theology and church history. Leaving behind at least two and a half million words on theology, Newton was one of the greatest lay theologians of his age. A study of Newton’s theology and prophetic views illuminates the life of this great thinker and helps us understand his science.
Sir Isaac Newton was not only one of the greatest scientists of all time, but also devoted decades of his life to the study of the Scriptures, striving to learn the will of God, the truth of history, and the understanding of end-time prophecies. His revelations were uncanny. The story is amazing, dumfounding, mind-boggling! What did Newton think about the coming of Armageddon, the prophecies of Daniel, and the “end of days”?

But what people don’t know is that he dedicated the last few decades of his life to the study of the Bible scriptures and ancient history in an effort to decode God’s messages for mankind and the future. He had tremendous understanding. Back in those days if he had let his real beliefs be made known public, he would have been put to death for being a heretic. Papers were discovered in the last few decades written by Newton and recently auctioned in England. A past Nobel Prize recipient bought some of the papers and some of the papers are now at Hebrew University in Israel. It was found that Sir Isaac did not believe in the Trinity but considered it pagan and stated that the Roman Catholic Church is the “great whore of Babylon.” He was right in understanding that paganism had engulfed Christianity.
He sought to understand the meaning of Biblical prophecy, especially the books of Daniel and Revelation and the time lines in those books. Newton came up with three very basic principles of prophecy being fulfilled and that were going to be fulfilled centuries after his lifetime. He came to the understanding that in the Bible in prophetic terminology, a day equals a prophetic year being fulfilled which is a very basic principle of prophecy.

Most of Newton’s manuscripts on religion were long concealed from the world. Some would say, even suppressed, lest Newton’s Biblical discoveries should “tarnish” his reputation as a scientific genius. Others may well have wanted to cover up Newton’s prophetic and doctrinal writings because they would have the authority of such a brilliant scientist behind them, and therefore many might actually BELIEVE them, and turn from the establishment’s churches!
In 1936 Newton’s papers were auctioned at Sotheby & Co., and afterwards Professor Abraham Shalom Yahuda, a collector fascinated by the Bible and science, bought most of them, piece by piece, from the new owners. He was a Palestinian Jew and important Arabic scholar and collector of manuscripts. He believed that there was evidence of the historical accuracy of the Bible.
In 1940 Yahuda became a refugee in the United States. He brought his vast collection with him, and with the help of Albert Einstein, tried to get Harvard, Yale, or Princeton to take them over, but all three refused. On his deathbed, Yahuda bequeathed his entire manuscript collection to the Hebrew University.
16 His wife contested the will and ended up committing suicide over the matter. Only in 1969 was it decided by the courts, after an 18-year long struggle, that the will would not be broken, and the papers were delivered to the library in Jerusalem.
Albert Einstein confessed that his own discoveries would have been impossible without the scientific work of Newton and his amazing discoveries. He also wrote to Yahuda, “Newton’s writings on biblical topics seems to me especially interesting, because they reveal a deep insight into the spiritual character and the working method of this significant man. For Newton, the divine origin of the Bible is unconditionally certain. . . . From this belief arises the firm conviction that the parts of the Bible that appear obscure must contain important revelations, which require only the decoding of the symbolic language used in them in order to be illuminated. Newton attempts this decoding or interpretation by means of his acute, systematic thinking, in which he . . . These writings, mostlyunpublished, thus provide a highly interesting insight into the spiritual workshop of thisunique thinker” (signed by Albert Einstein, Sept. 1940, at Lake Saranac).

Newton’s ExegesisNewton made predictions based on his intense study of Jewish history and ideas.He studied Hebrew so he could read the Old Testament in the original language. In aJuly 26, 1985 interview with Professor Popkin, the Hebrew newspaper Hamishmarquoted Newton as saying that the Jews will return to Jerusalem in the twentieth century(Moore, p.492).Newton believed that the world “was moving inexorably toward a cataclysm, agreat conflagration, to be followed by a yet undefined form of renewal. His explication isin one of the normative exegetical traditions of the Talmudic rabbis and Puritan divines,whose underlying assumption was that Scriptures do not contain a single superfluousphrase, or even a letter that does not have significant meaning – a sort of law ofparsimony” (p.521).In his prophetic interpretations, Newton used numerous mathematical calculations,including gematria (translating the Hebrew letters of a name into their numericalequivalents). Newton’s works were also punctuated with emotional outbursts againstRoman Catholicism. According to Newton, the original Christian religion was plain, but,he said, “men skilled in the learning of heathens, Cabbalists and Schoolmen corrupted itwith metaphysics, straining the Scriptures from a moral to metaphysical sense andthereby making it unintelligible.”Newton was a careful historian of the first centuries of the Church, anddistinguished three principal agents in the propagation of the metaphysical evil – theJewish Cabalists, the philosophers, among whom Plato and the Platonists were the worstoffenders, and the Gnostics, of whom Simon Magus was the arch-culprit and ringleader(Frank E. Manuel, The Religion of Isaac Newton, p.66-69, quoted in Moore, p.522; seeActs 8 and Eusebius’ Church History). 17UCLA Professor Richard Popkin notes that a little-known revolutionaryinnovation of Newton was to use astronomy to scientifically verify and validate the time frame of Biblical events in history. He used astronomical discoveries and constructed achronology of events based upon the positions of the stars described in Scripture andother ancient writings.

He came to the conclusion that the Bible is the oldest historicaldocument and is historically accurate. More accurate than Greek, Egyptian, orBabylonian histories. Newton proved Biblical history to be accurate, and claimed thatthis meant that God had presented His message from the very beginning of the worldthrough the history of the Hebrews, and through their prophetic insights given to them(Moore, p.523, Popkins, Essays on the Context, Nature and Influence of Newton’sTheology, p.111).Popkins noted: “Newton did a great deal of original historical research to discernthe events in world history which constituted the fulfillment of the prophecies. Some ofhis interpretations have been accepted by later Bible interpreters, especially among thefundamentalists. 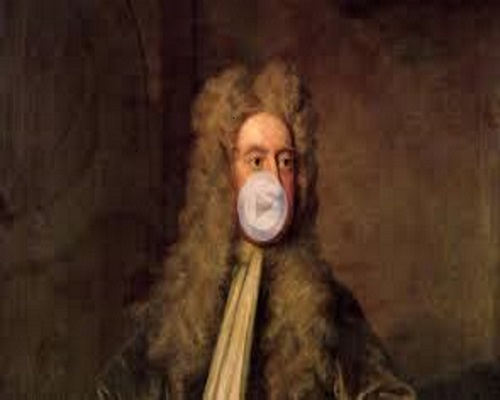 Newton studied the history of the Roman Empire, the European MiddleAges, and the rise of Islam in the Middle East in order to identify what actually happenedin history with what was predicted in prophecy. . . . Newton broke new interpretativeground both in the application of modern scientific techniques to the understanding of theBible and in the historical interpretation of prophecies” (Moore, pp.523-524, Popkins,p.114).Newton’s historical research in interpreting fulfilled prophecies was later takenover by many fundamentalists who regarded him as one of the very best in the field. Hewas in the forefront of critical scholarship of his time, applying modern science tounderstanding the Bible. Isaac Newton believed that Christ dominates both Old and New Testaments; thatall appearances of the LORD in the Old Testament are actually appearances of Christ;that it was Christ who walked in the Garden of Eden; it was Christ who gave Moses theTen Commandments, who appeared to Abraham as an Angel, who fought with Jacob, andwho gave the prophecies to the prophets.Newton and the End of Days Newton dedicated 50 years of his life to analyzing works of Bible prophecies. Hedeemed his religious discoveries too controversial for public release during his ownlifetime.

His theological studies remained a secret until recently, when scholarsdiscovered them in the collection of the Jewish National Library in Jerusalem. Newton was not trying to “set dates.” He declared in a manuscript which gives atimeline for the battle of Armageddon, “I mention this period not to assert it, but only toshew [show] that there is little reason to expect it earlier, and thereby put a stop to therash of Interpreters who are frequently assigning the time of the end.” 18The 1260 YearsIsaac Newton’s manuscript describes the events of the End Times as theculmination of 1,260 years of apostasy – a total abandonment of faith ays rather than the 2060 A.D.!That is only a few short years from now! But today, as God’s Word foretold, wewho are living at the End of Days are learning more and more as the prophecies are beingfulfilled all around us!This true understanding was “closed up and sealed till the time of the end”(Daniel 12:9). Newton had the right ideas – but his calculations were off because hedidn’t have the knowledge we have been privileged to possess! The world is now trembling on the cusp of the final fateful week of cataclysm and catastrophe, preceding the second coming of Jesus Christ, Yeshua Ha’Moschiah – theMessiah Himself – who will finally deliver this world from its woes, anguish, suffering,and travail!