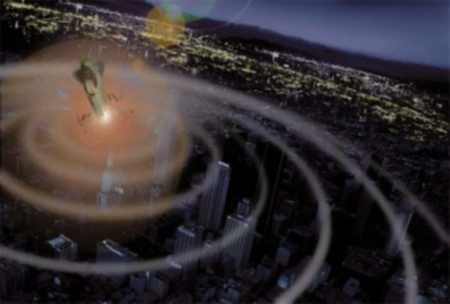 North Korea now has an intercontinental ballistic missile (ICBM) capable of delivering a nuclear weapon to the United States, as demonstrated by their successful launch and orbiting of a satellite on Dec. 12, the Washington Times reports.

In fact, the Times report says, “North Korea is a mortal nuclear threat to the United States – right now.”

t’s not just the threat of conventional nuclear attack that has experts worried. Nor is the North Korea invasion scenario in the new remake of “Red Dawn” a realistic risk.

The real concern is that North Korea now has miniaturized nuclear weapons for ballistic missile delivery and armed missiles with nuclear warheads that could destroy the U.S. in a single blow with an EMP attack that would send the U.S. back to 19th century technology a la the NBC TV show “Revolution.”

And North Korea is hardly the only threat to destroy what some other nations and rogue players call “the Great Satan.”

Imagine if all the lights in America went off – never to come back on again.

Imagine if all the computers in America got fried – never to come back on again.

Imagine if all the cars in America dependent on fancy circuitry wouldn’t start – ever again.

Imagine if the grocery stores and the gas stations had to close up – for good.

That’s the kind of scenario an EMP attack can cause. The scenarios suggest massive starvation, lawlessness and chaos beyond anything Americans can imagine.

Scientists and other experts have warned for years that the nation’s electricalks down that threat. It even outlines how our own military similarly is vulnerable to an electromagnetic pulse event due to its 99-percent dependency on the nation’s electrical grid system for electricity and communications, raising the high prospect that it may not be able to function to defend the nation in its time of greatest need.

While an electromagnetic pulse event on our civilian infrastructure could be serious, it can be managed if government at the federal, state and local levels gives a high priority to undertaking preventative action to lessen its impact and enhance our ability to recover from it. Given what seems to be a perpetual gridlock in Congress, however, don’t count on it

It’s time to learn about the worst threat Americans face – something far more calamitous than an economic crash.