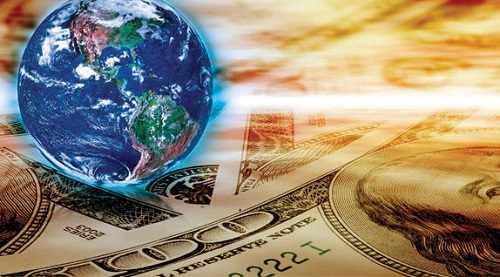 Before anybody in America ever cared about AIG, credit markets or bailouts, Karl Denninger had warned that the fuse was burning and had “gone inside the box.” This was in September of 2008, about a month before the bottom fell out of global markets and the giant kaboom was heard ’round the world. He had repeatedly sounded the alarm. A “credit event” was coming, and it couldn’t be stopped. No one listened.

The aftermath of the credit detonation that followed will go down in history as one of the most severe economic crises since the Great Depression.

Now, nearly 5 years on, we’re right back to where we started. In fact, we’re much worse off than ever before and in all likelihood we’re going to experience an event so severe it’ll make the Great Depression look like a picnic.

The time is fast approaching when the US government, the Federal Reserve and private banking conglomerates lose control of the entire system. When that occurs, confidence by the public, as well as our foreign creditors, will be lost.

And according to Karl Denninger, the math says it’s going to happen within three years time.

Employers are cutting full-time employees back to part-time to avoid the requirement of providing health insurance under Obama Care.  Trader Karl Denninger says, “As the Obama Administration runs against the economic reality of what they passed, they are now trying to find ways to dodge it. . . .The Obama Administration’s reaction to this has been to unilaterally, and by the way illegally, put off the imposition of mandate.”

This is not going to save the teetering economy as Denninger contends, “Bernanke has lost control of the bond market and, in general, his policy. . . . The reality is the Fed is not in charge, and when that confidence level breaks, you are going to see all hell break loose.”

Denninger goes on to predict, “We are setting up for a collapse that is going to be worse than 1929, and it’s going to come sometime within the next two years.  It could come as soon as the next couple of months, but it is going to happen, and there’s nothing that is going to stop it.”

Join Greg Hunter as he goes One-on-One with Karl Denninger of Market-Ticker.org:

The Financial Collapse Is Going To Hit Like A Tidal Wave

Denninger and many others who had warned us what was coming were right on target with their forecasts. They’re warning us again.

We can bury our heads in the sand.

We can hope for change.

We can pretend that the people in Washington and Wall Street have our best interests at heart.

None of it will help. The math is clear. The system is broken.

The pain is coming.