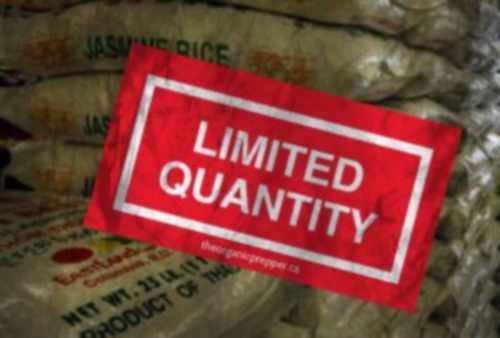 The New York State Division of Homeland Security is encouraging businesses to snitch on preppers as terrorists, urging that the purchase of MRE’s, ammunition or flash lights be treated as a suspicious activity.

s the video above illustrates, the LZ Army Navy Surplus store in Auburn, NY received a visit from a state trooper who put up a flyer in the window which encourages customers to call the New York State Terrorism Tips Line, 1-866 SAFE NYS, to report suspicious activity under the mantra of the “See Something, Say Something” campaign.

1-866 SAFE NYS is part of Safeguard New York, an NY State counterterrorism program that uses promotional material to encourage citizens to report people for engaging in “suspicious activity….which makes them stand out from others”.

Given that the tips hotline is also similar in name to the ‘SAFE Act’, recently passed legislation which outlaws the ownership of high capacity magazines and certain semi-automatic weapons in New York, it could also be used to snitch on gun owners.

The owner of the surplus store said that when she saw the sign in the window she immediately tore it down because in her mind the program is merely a way for authorities to compile a list of preppers.

Last week, a report emerged concerning how FBI counterterrorism agents are visiting gun shops in South Carolina to investigate “suspicious purchases” made by people who talk about “big government”.

In 2012, we reported on how the FBI’s Communities Against Terrorism (CAT) program was instructing businesses that banal activities conducted by millions of Americans on a daily basis were potential indications of terrorist activity.

Flyers for the program being handed out to businesses such as Internet cafes even listed paying for a cup of coffee with cash as a suspicious activity.

The characterization of preppers and storable food advocates as terrorists is particularly ironic given that the Federal Emergency Management Agency spends billions of dollars every year on storable food and encourages Americans under the Resolve to be Ready program to keep a spare food supply on hand in case of emergency.

In 2012, Infowars spoke to a National Guard whistleblower who warned that soldiers were being trained that in the event of civil unrest breaking out, “Doomsday preppers will be treated as terrorists”.

Paul Joseph Watson is the editor and writer for Infowars.com and Prison Planet.com. He is the author of Order Out Of Chaos. Watson is also a host for Infowars Nightly News.

Preppers Are Now Considered To Be Potential Terrorists?

Home Security: What You Need To Know