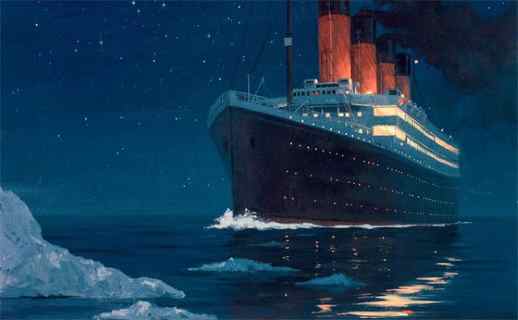 Listen up folks… As the election cycle is beginning to heat up yet once again, and as we all begin to endure the relentless bombardment of news snippets and sound bites from the next batch of D’s, R’s, and whoever else manages to get ‘air-time’, there’s something very important that you need to remind yourself of – and it’s especially true today…

Don’t look to politicians to liberate you or to save you. Only YOU will save you!
They are just politicians!

Many of you may already know that today’s politicians are, in many ways, two sides of the same coin. They are beholden to the money power structure (no matter which side of the coin they’re on) – and that’s true no matter what they will tell you.

The ONLY time that a politician will seem to represent you (and some are much better at convincing you than others) is during an election cycle.

I have been around long enough to have voted in enough elections and to have endured enough pre-election propaganda (and promises) – and to have witnessed enough post-election ‘assimilation’ into the ‘machine’ (where ‘we’ apparently vanish from their radars) – that I know how it ‘really’ works.

While I am NOT suggesting that you give up on voting (it’s our only peaceful recourse), what I AM suggesting is that you realize that these people are just politicians. They are people. No different from any other human being, except they’ve chosen a ‘career’ path of being a politician. The are NOT saviors. The will NOT liberate you. It’s NOT going to happen. Period.

Very UNLIKE the way it was intended, today’s politicians are in it for the career. Whereas the founding intentions were for people (representatives) to take a temporary leave from their existing job/life/career to truly represent the people’s interests from back home. Today? No way. It’s a career choice (with all the benefits) to be a life-long politician. Today it’s about the money. The BIG money.

We are a nation of 320 million people who are ‘led’ (?!) by 1 president, 100 senators, and 435 representatives. That’s 536 elected politicians. Likewise, your state and local elected ‘representatives’. They’re all in it for the career. While the word, ‘all’ is not entirely accurate – I think you get the drift… I would speculate that the dream of many a local politician is to make it to the state level. Then perhaps the ultimate dream by making it to the ‘big time’ FED level. That’s where the big money is…

Okay – enough of the sarcasm. Let’s get down to brass tacks.

While I care deeply about the direction this nation is headed, and while I will continue to vote in every election, I have come to the conclusion (some considerable time ago) that this great ship, Titanic, is too big to turn around – and we’re navigating waters that are filled with Icebergs. We’ve already taken several hits and gashes to the hull, and there are some major leaks and flooded compartments. In fact the ship is listing to one side and I DEFINITELY hear the music playing happily up on deck.

The heck with them. Get your own life in order. Shut off the mainstream news and focus on YOUR life and the things that you can do to weather the coming storm.

What are these things? Only you can decide. But I will suggest that you not do anything stupid. Get yourself out of the system as best you can. Don’t burden yourself with additional debt. Don’t be tricked into living beyond your means. Become more self sufficient. Become more self reliant. Become more independent. Even if you are in some way relying on the government today (no matter what it is), try to imagine your life IF that assistance were to diminish or be eliminated. Pull yourself up and do what you have to do to ensure your own health and safety. Focus on the ‘good’ that is around you. It’s there – you just have to look for it. After awhile you will see it more and more. If you have little – be happy with what you have. If you have lots – be thankful that you were so blessed.