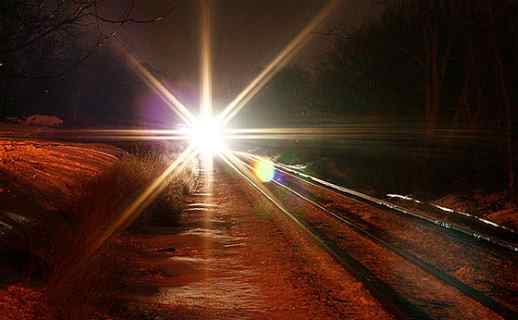 I know you can feel it… the coming global crisis. And that’s a good thing (that you know the disaster is coming). It means your eyes and ears are open. Hopefully you’re preparing. It’s coming like a freight train – one that can’t be stopped because of its enormous mass and inertia. This object is in motion and no-one’s going to stop it…

Earlier this year the Swiss National Bank cut their losses and un-pegged their Swiss frank from the Euro – causing massive moves in the currency markets. The Euro/Swiss franc went down by 30 percent. 30 percent is an enormous move! How would you deal with your ‘buying power’ going down by 30% overnight? It happens!

We will likely see more currency revaluations in the future, which will cause disastrous results for many who are unprepared. We will also likely see similar moves in bond markets and stock markets this year according to many predictions. “Wealth destruction will be massive and unprecedented.” “When the more than one quadrillion dollar derivatives time bomb explodes it will be too late to do anything.”

During a recent interview between Eric King (King World News) and Egon von Greyerz (who predicted the collapse of the Euro against the Swiss franc), he believes the global crisis is so dire (and near) that today’s gold at $1200 is a deep bargain – much more than it was during 2002 at $300.

Why does he (and many others) think this? Because world debt has grown $60 Trillion since 2008, and the problems are much worse.

The situation is now much worse than it was in 2008.

Debt is higher but not only that, massive amounts of money have been printed and interest rates have been lowered to zero and it has had no effect.

So when the next crisis starts, the governments will have no tools but they will still print money and it will lead to hyperinflation and it will be reflected in the gold price, which is going to go to levels that are unthinkable today.”

Who else knows this? China. China is buying all of the available physical gold they can get their hands on right now, which is about 100 tons each month. Any gold being dumped from the ETFs is being immediately sent to China. Not only that, but China’s purchase of U.S. Treasuries (our debt) is way down.

Eric King says the end game is now unfolding (and many others will say the exact same thing). Central banks have created artificial asset bubbles. One of the major worries is the skyrocketing debt in the industrialized world. “We are about to see the endgame unfold and there is no better store of value than gold. We in the dollar world are about to learn that lesson.”

(Given the statement by King, I will add “Invest in yourself and your preparedness first!” Then, afterwards, consider some of your excess wealth to be stored in physical silver and/or gold.)

As people continue to digest breaking news out of Greece and around the world, Richard Russell (legendary newsletter writer) recently said “I note that many advisers are warning of massive movements in the stock and bond markets ahead.” “Some are warning of a crash in the US dollar.”

“The (US) government and the Fed have praised the US economy beyond reality – in due time, the truth will come out.”

For astute observers who know that the US economy is anything but in good shape, they suspect that not only are we in a recession, but if this comes to light in the mainstream that, the dollar will crash and the Fed may even turn to QE 4. Russel says “It’s a dramatic situation unlike anything I’ve ever seen.” “Physical silver will be scarce in the coming months and is now priced below the cost of production.” (making it a no-brainer investment).

Nearly everywhere you turn in the alternative news media, the warnings of economic global collapse are ratcheting higher. (Could this be an underlying reason for Jade Helm 15 ?)

Time is running out. Many believe that we have less than a year before the SHTF storm. It is time to re-evaluate your preparedness for a possible major ‘haircut’ in your purchasing power. How will you cope with that?