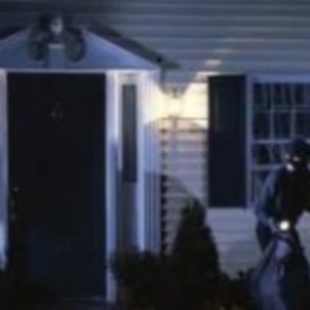 No one really likes to talk about it, but it’s a thought that is never far from a person’s mind:
“The decline of the economy and the rise of crime and chaos.”
The two things “crime” and “a failing economy” really do seem to go hand-in-hand.
As much as people try to look on the bright side, there is simply no denying the rise of crime amidst an economic collapse. You see how crime is associated in parts of cities that are economically-hurting and that’s just on a small scale. Apply that kind of effect to the country’s economy as a whole and you start to see why people are so concerned.
In times like these, a spike in sales of home security systems (among other defensive measures) can often be observed and it’s really no wonder. There are lots of reasons why people resort to these including:

Increased Crime Associated with Economic Decline
Systems are Not Prohibitively Expensive
Security Systems Greatly Minimize Chances of Break-In
Increased Crime Associated with Economic Decline
As we stated before, when the economy goes down, the frequency of crimes seem to rise. Many people who are experts on the economy blame things like the widening gap between the “haves” and the “have-nots,” but, whatever the reason, crimes really do seem to increase.
Typically they range from actual break-ins to stolen property and you’ll hear stories on the news about pretty much anything from a home invasion to people actually trying to steal the copper out of air-conditioning units.
This isn’t to suggest or blame all crime on the state of the economy. Even in a thriving economy there is still crime. The frequency just seems to increase when the economy is low, which is a good reason many people seem to flood the market with requests for home security systems.
Systems are Not Prohibitively Expensive
Even in a climate of economic-decline, most households can usually afford to include the monthly fees and other costs associated with home security. Contrary to popular belief, home security systems are no longer safety measures reserved for the rich and wealthy, and you need only research costs and services to see for yourself.
This is mostly due to the market for home security overall and the saturation of all the different services and providers a person can find. It’s reached a point where a medium-income family can simply do a search online to compare security system specials and save money and, eventually, find a provider that’s right for them.
And, depending on the home insurance provider, some security systems can actually save families money on their annual premiums. Some providers actually offer up to 20 percent discounts which are nice for the average household paying anywhere from $500 to $600 on their premiums.
Security Systems Greatly Minimize Chances of Break-In
This probably goes without saying for many people familiar with home security systems but it is one of the main reasons that typically necessitate a person wanting to get a system. Statistically speaking, homes with security systems present are about 60 percent less likely to be broken into.
In most cases, the mere presence of a home security system is enough to turn away even the most enterprising criminal. That kind of protection and peace of mind is simply invaluable to a homeowner, especially during an economic collapse.