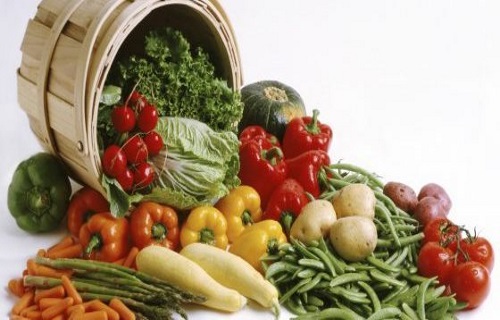 With the threat from North Korea of a potential and possibly imminent nuclear war on the horizon, many preppers have taken to gathering items which protect them from the effects of radiation.  Food can do that as well, and here are ten things you can grow to reduce that damages done by radiation.

It’s terrifying to think about, but there may come a day when the United States will be struck by one or more nuclear weapons.  Because of this, Natural News compiled a list of the ten best foods to grow in case this horrific scenario becomes a macabre reality.

In the event of a nuclear attack, one of the first organs that will be affected by the nuclear fallout and radiation is the thyroid gland. The reason the thyroid is affected first is primarily because radioactive iodine is absorbed by the gland extremely quickly. Unbeknownst to most people, though, potato skins contain high amounts of iodine, which can be used by the body to shield the cells from radioactive material, like nuclear fallout. Potatoes are also one of the easiest and heartiest crops to grow, making them a no-brainer for anyone who is serious about prepping for a nuclear attack.

Like potatoes, strawberries are extremely easy to grow. All you really need is some soil, some water and a spot on the windowsill, and in no time at all, you will be able to enjoy a plethora of fresh, juicy berries. Strawberries also contain several important nutrients and are a good source of iodine. It’s also been thought that eating strawberries can help prevent breast cancer.

The great thing about cranberries is that they contain Vitamin C and Vitamin E, both of which are capable of protecting cells from radiation. Most people are not aware that cranberries can be grown in raised beds, so long as the soil is acidic and the plants are given enough water.

Red meat will likely become unavailable immediately following a nuclear strike. But, luckily, navy beans contain a significant amount of iron, which your body can use to make blood. They are also rich in iodine, which helps defend against radiation. As most farmers and gardeners will tell you, beans are an important staple in gardens because they help the soil absorb nitrogen. For these reasons, navy beans should be on the top of every survivalist’s list when it comes to the production of sustainable gardens and nutritious foods.

Look no further than the orange for a healthy dose of Vitamin C, which can be a lifesaver. Research has shown that Vitamin C is capable of protecting healthy cells from radiation. As a matter of fact, it has been revealed that workers at the Fukushima plant in Japan were less likely to experience DNA mutations after receiving Vitamin C than those who did not. While there are many foods that contain Vitamin C, oranges are by far the best source.

Like cranberries, red bell peppers contain a significant amount of Vitamin C and Vitamin E which help to protect the body from radiation. Red peppers have the ability to shield your cells from some of the effects of ionizing radiation.  They can be grown outdoors, in containers, as well as in hydroponic setups.

On just a quarter-acre of land, you can produce fresh, organic food for a family of four — year-round! This comprehensive guide to homesteading provides all the information you need to grow and preserve a sustainable harvest of grains and vegetables

Just 1/4 of a cup of sunflower seeds is all you need to get your recommended daily amount of Vitamin E, so throw a handful on a salad.  They can give your cells protection against harmful radiation in the event of a nuclear attack. In addition, sunflower seeds contain other antioxidants and nutrients that will generally allow you to live a much healthier life.

Pumpkin seeds are a good source of Vitamin E, and pumpkins themselves contain high levels of vitamins A, B, C, and Potassium. As long as the vines have enough room to spread, pumpkins are actually more than capable of growing in containers.

In addition to being packed with important nutrients, spirulina contains molecules that can bind to certain toxins such as heavy metals. Eating Spirulina can protect your body even if you are exposed to radioactive material such as dust or debris. To grow spirulina, all that you need is alkaline water, a source of light, and a bit of dry spirulina to initiate the growing process.

Chocolate, and its main ingredient, cocoa, contains resveratrol, which is a molecule that has the ability to protect chromosomes from radiation damage. Even though food products like Hershey bars and Milky Ways have very little nutritional value, cocoa beans themselves can help you survive a nuclear attack.

One should consider prepping with at least a few of the above food items to help protect the body against the harsh effects of radiation.  In the event of a nuclear attack, food will become scarce, and having a basis for preparation could make all the difference.

*This is for educational purposes only, and not intended as medical advice.* 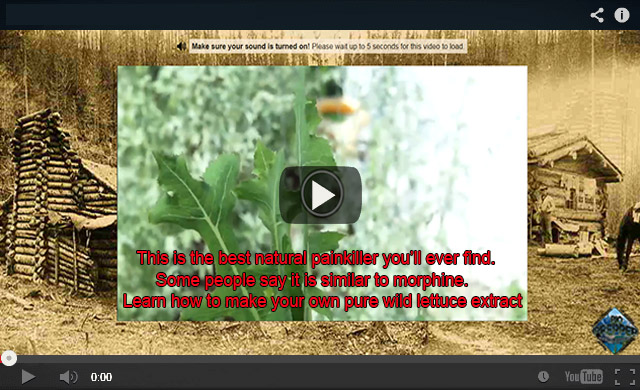 Growing Crops With No Water, The Old-Fashioned Way Dry Farming: A Sustainable Solution for Farmers?

26 Plants And Vegetables You Should Always Grow Side-By-Side

0 thoughts on “Prepping For A Nuclear War: 10 Foods To Grow To Help Reduce Radiation Effects”