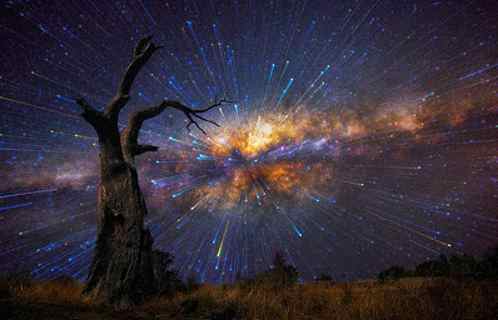 Prophetic Warning: Billions of People will Die Soon and Will Die Horribly

The purpose of this essay is to present facts and very conservative estimates which will convince the reader that billions of human beings will most likely suffer horrible deaths before the year 2050 and almost certainly will suffer those deaths before the year 2120, if they were not suffered before 2050, if human does not immediately commence rapid population decline.

Since the economies of , India have been growing explosively and are very likely to continue that growth and since the economies of many other nations of the world, including the USA, have been growing and will continue to grow, we can make the very reasonable assumption that by the year 2050 the per capita usage of resources will be at least 4.57 times as great as they were in 1950. For the 54 year period from 1950 to 2004 the per capita growth rate was 3.07 times the starting value of 1950: we are assuming that for the 46 year period from 2004 to 2050 the growth rate will only be 1.50 times the 1950 starting value, a very substantial reduction and a very, very conservative estimate. 3.07 plus 1.50 equals 4.57, the number I used for the entire period of 1950-2050. Therefore, 4.57 represents the per capita increase in the usage of resources in the year 2050 when compared with the year 1950.

Now let us consider population growth during the same period, 1950-2050. The best estimates/projections/predictions (medium) for the year 2050 are, assuming no intervening major catastrophes, the UN 9.15 billion, the US Census Bureau 9.28 billion, and the Population Reference Bureau 9.48 billion. These estimates take into consideration AIDS, the fact that some industrialized countries have low birth rates and every other factor necessary to make the best estimates. For the purpose of this essay I will use 9.2 billion. 9.2 billion is 3.68 times larger than the population of 2.5 billion in 1950.

We can now combine the increase in population with the increase in per capita usage of resources–3.68 times 4.57 equals 16.82. In very simple terms, 16.82 represents the increase in resources the earth will have to provide to humanity in the year 2050 when compared with the year 1950. While that number cannot be applied to every single resource, it can be applied to the overall usage of resources. A skeptic may argue that due to environmentalism, recycling, new technologies and efficiencies less resources will be needed in 2050 when compared to 1950 to produce a unit of economic output and the skeptic may be correct. To be very, very conservative let us assume a 100% increase in efficiency—instead of 20 mpg we assume 40 mpg, instead of using two tons of iron ore to produce something only one ton is used, instead of ten tons of water to grow one ton of grain only five tons of water is needed, garbage and human waste for each person on the planet is reduced from two tons to one ton, etc. Based on that very, very conservative assumption, the earth will still have to provide in 2050 8.41 times the resources it provided in 1950.

The simple questions become can the earth provide those resources to humanity in 2050 when the resources used between 1950 and 2050 are taken into consideration and if the earth can provide the resources for how long can they be provided? While no one can provide an absolute answers to those questions, it would be the height of folly for humanity to gamble its survival on the ability for the earth to provide in 2050 8.41 times the resources it provided in 1950 and it would be extremely foolish for humanity to gamble its survival that the earth could continue providing those resources for any length of time. Humanity has two choices—reduce population or reduce the per capita usage of resources, There are no other choices. If humanity does not reduce population and/or reduce per capita usage of resources, the earth will be unable to supply the resources civilization needs to function and the population will be reduced by nature–by war, starvation, disease, ethnic cleansing and other horrors.

Now let us look at a similar situation. According to the UN, the present Total Fertility Rate (TFR) for all of humanity is about 2.55-2.60. A TFR of about 2.05-2.1 represents replacement fertility. According to the UN, replacement fertility will not be reached until about the year 2050. While I disagree with the UN and believe that replacement fertility will not be reached by the year 2050, my disagreement is unimportant. Replacement fertility should not be confused with a stable non-growing population. If replacement fertility were achieved in the year 2050, population would continue to grow until the year 2120 and would stabilize at that time at 13.8 billion, 50% greater than the starting population of 9.2 billion. Again, assuming no major catastrophe between 2050 and 2120. Based on the assumption that replacement fertility would be achieved in 2050, the population of 13.8 billion in 2120 would be 2.03 times greater than the population in 2010 of 6.8 billion (13.8 divided by 6.8 equals 2.03). If we make the very, very conservative estimate, (after considering environmentalism, recycling, new technologies and efficiencies) that per capita usage of resources will double during the 110 years from 2010 to 2120, then the earth will have to supply 4.06 times the resources it presently supplies to humanity (2.03 times 2 equals 4.06). Before a skeptic attacks the estimate of per capita usage of resources, he/she must consider the explosive economic growth of China, India and the high economic growth of the other nations of the world. In the year 2120 the earth would have to provide the resources for the equivalent of 27.61 billion people (6.8 times 4.06 equals 27.61).

RELATED : They Will Seize Your Food and Resources: “Hoarding of Just About Anything Can Be Banned”

In my opinion it would be extremely arrogant for humanity to assume that the earth could provide those resources in the year 2120, after taking into consideration of all the resources used by humankind from 1950 until 2010 and all the resources which will be used between 2010 and 2120. Let me be more direct—as indicated above it is highly unlikely that the human population will reach 9.2 billion in 2050 and it will never reach 13.8 billion in 2120. The affluent and strong of humanity will never reduce their per capita usage of resources; the strong and affluent will take the resources from the poor and weak and either leave them to starve to death or kill them in the process of obtaining those resources. And in some/many cases the strong and affluent of one group will fight the strong and affluent of another group to determine who is ultimately the strongest. Death and destruction will be over the land.

The only possible solution is to immediately commence Rapid Population Decline (RPD) by limiting each couple to one child across the board. RPD may not prevent massive death due to the current level of population and due to the portion of the current population of humanity who are young and have not reached the age of reproduction. We can only hope and try.

How To Survive the Economic Apocalypse