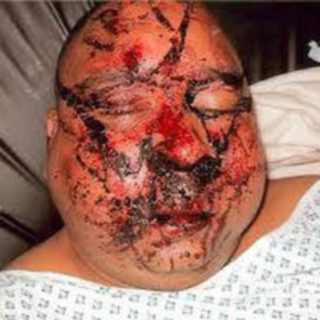 There’s a disturbing trend spreading through America called the “knockout game” where youths attack random, innocent victims by surprise and attempt to knock them out.

This is not two thugs beating the hell out of each other; these animals are attacking ordinary people for no reason other than their own twisted entertainment. More often than not, they select their targets based on perceived weakness—many of the victims have been women and elderly. Several people have even died because of the injuries they sustained.

In New York, a 78-year-old woman simply walking through her neighborhood was punched in the head by a stranger and knocked to the ground. In Washington, a 32-year-old woman was attacked by a mob of teenagers who struck her in the face. In Jersey City, a 46-year-old man died after being sucker-punched and falling into an iron fence.
This is beyond poor judgement, and it certainly is not a game. This is a life and death matter.

My regular readers know that I’m a huge advocate of being prepared for anything, and in this case, a handgun and/or knife could be a game changer—but only if you maintain situational awareness and are prepared to act without hesitation to defend your life.

Avoiding the confrontation, if possible to do so safely, is usually the best option, but it depends on a vigilant awareness of your surroundings, an understanding of human nature, and the ability to read people. My initial motivation to write this article was to give people the knowledge to protect themselves from this “knockout game” epidemic, but these principles are equally effective anywhere, at anytime.

1. Be aware of your environment

In my younger days I felt invincible and would often wander alone through the back streets of third-world countries, day or night. (With age comes wisdom.) Today, I live in the suburbs, so crime—especially violent crime, is pretty rare but things change dramatically in the city and there are many areas I avoid at all costs. You need to know the areas that are relatively safe and the areas that you should avoid. Generally, densely populated and/or poverty-stricken locations have higher rates of crime, but bars, sporting events, and low-visibility areas such as alleys or poorly lit parking lots often breed crime as well.

People seek the path of least resistance—especially criminals. They want a weak target, and if you look like you’re scared of you own shadow, or are so wrapped up in your iPhone that you have no idea what’s going on around you, you’re it. Be alert, carry yourself with confidence, and look people in the eyes. It wouldn’t hurt to stop and look behind you from time to time, or even use the reflection in a store window to check your six.

Many, especially the criminal element, also have a pack mentality. It’s a lot easier for them to attack someone when six of their buddies are standing there ready to back them up, so if you see a group of people who appear to be a threat, be especially aware.

3. Develop the ability to read people

When news reporters interview eye witnesses, you’ll often hear things like “all of a sudden he just started punching the guy” because most people are oblivious to the subtle cues presented long before the altercation. Anytime I’ve seen a fight, it was clear to me that it was going to happen several minutes or longer before words were even exchanged.

It always amazed my wife, as if I had a sixth sense or special Jedi powers, but it’s really quite simple once you know what to look for. They will often stare at (or follow) their intended victim for a considerable amount of time before attacking. They might even strike up a conversation, but it will often be superficial and awkward. You might notice them adjust their clothing to provide a greater range of motion, or pull their cap further down to conceal their face. They may even hand their belongings, like cell phones, keys, or wallet to friends. Often, they will act unusually cocky or nervous, and will probably look around continuously to the point of appearing paranoid.

4. When all else fails, defend yourself with no mercy

If you are forced into a situation where you must defend yourself, do so with absolute commitment and do not stop until the threat ceases to exist. This means that your attacker or attackers should either be dead or incapacitated. This could involve a few well-placed hollow points, several knife cuts to vital organs or arteries, or a flurry of punches and kicks. Don’t expect a single punch to scare these predators away; the only safe way to deal with them to to ensure with complete certainty that they are incapable of continuing their attack.

EMP Attack How It would Affect Us. What The Government Is Not Telling You! (VIDEO)