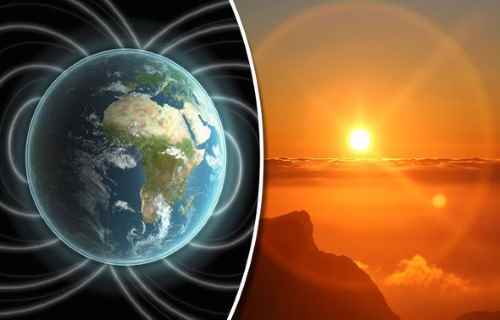 The new information on Nibiru is more mysterious than its own origins. Not too many people know the true details of Nibiru, and why it exists in our solar system.

Astrologist, Ex Government officials, Political insiders are all saying the same thing… 2016 is the year we have all been hearing about. The return of Planet X or Nibiru to some, Wormwood to others. Is John Moore correct in his statements that Planet x, or Nibiru, Wormwood are actually on a close approach of Planet Earth? Research delving into the issue of Wormwood, Planet “X”, aka Nibiru. With Obama’s recent speech on Global Warming, take notice to what he also had to say about a possible end of life as we know it here on earth. Why was this said? With so many conspiracy’s of the end times coming already spreading around the world. Why make such a statement?

Let me tell you some basics first about this planet. Planet Nibiru, which was referred by the Sumerians as Planet X, was supposedly the 12th planet in our solar system. The true meaning of planet Nibiru is ‘Planet of Crossing’. In the hydrophilic of Sumerians, and Egyptian, they talked about how planet Nibiru had an elliptical orbit than a normal horizontal orbit.

The planet took around 750,000 years to come between Mars and Jupiter, and when it did, it created devastation on all the planets during its flyby. Archaeologist Zecharia Sitchin and Burak Eldem also suggested this planet, which looks a lot like CR 105, with the similar orbit; however, the crossing path of CR105 is very different than Nibiru or Planet X. Nibiru’s 80% of orbit lies much further from the sun, where CR105’s orbit is 60% away from the sun, and 40% near rest of the planets.

According to historians, Tiamat, a planet which had lain between Mars and Jupiter around 510,000,000 million years ago, was a victim of Planet X, as Tiamat collided with one of the moon’s of Nibiru; it crashed, broke into half, as one half became the asteroid belt, and the other Phobos: Mars moon, while the other half is our home, planet earth. “Out of destruction comes life”, a quote from Hindu ancient text ‘Bhagvat Gita’.

THE TRUTH IS OUT THERE.

A magnetic reversal about two million years ago marked the onset of glaciation.

I will say it, and I will keep saying it until I am blue in the face. To those who know and to those who don’t know,

For all of you who think that Planet X / Nibiru is completely impossible, think again.

Many folks refuse to contemplate this thought because of fear. Open your minds a little.

If teleportation is achievable, who knows what else is likely?

Mind you, teleporting is doable.

Scientists have succeeded in making a roll of dust turn up a few feet away from where it disappeared; it was an amazing breakthrough.

If there really are other life forms in this amazingly vast universe, some of them must be smarter than us.

And furthermore, just because the ancient geniuses were so intelligent doesn’t mean they could survive forever.

So far, no past empire has survived all the way until currently (Not counting our own, new civilization).

Typically at sunrise or sunset. And it “has” been visible for some time now.

The only thing is that it is coming from behind and under the sun, which is why you have to be very close to either the north/south poles in order to see it.

It also has already made many transformations in our Earth. Ice caps are melting. There has been an increase in Volcanic activity. The poles are unusually unstable. Mysterious sinkholes appearing in odd places. The weather is erratic and unpredictable. Islands that never existed are popping up out of nowhere and the list goes on and on.

And those of you who say you have “powerful telescopes”, precisely what time of day are you looking, what angle are you positioning your telescope, and where are you?

A telescope only works if you know exactly the mark that you want to view.

You can’t just see it from anywhere.

You can’t just see an eclipse anywhere either, and many people have not had the opportunity.

Just because “some” of us have not seen it before does not mean it doesn’t exist.

In the early 1990s, Robert W. Felix signed up for studies at the University of Washington. He spent the next eight years, full-time, researching and writing about the coming ice age.

Felix believes the reversal of the Earth’s magnetic poles is imminent and that their reversal causes environmental cataclysms which lead into ice ages. One of his two websites is Ice Age Now, which is where he peddles this facet of his theory of everything. Ice Age Now is mostly dedicated to global warming denial, survivalism (better stock up on dry goods and fuel), conspiracy theories (he believes the government is covering up evidence of the coming ice age), and abiotic oil crankery. The sidebar is a long laundry list of denialist PRATTs, which makes it like Skeptical Science without the rebuttals. The “news” section seems to exist mostly to document any time at which a snowflake falls anywhere in the world (proof of the coming ice age!) and parrot whatever the latest denialist idiocy is, usually something from Piers Corbyn or Tim Ball. He also hawks his thoroughly “researched” books here.

George Monbiot specifically debunked one of his claims, that 555 of 625 of the Earth’s mountain glaciers are advancing.

Felix is not affiliated with any university, scientific establishment, or corporation, and therein lies his strength. Untainted by institutional bias or conventional wisdom this architect turned author brings fresh insight to the study of the ice ages.

Evolutionary Leaps is Felix’s other site where he pushes a deranged (but somewhat original, at least) pseudoscientific version of evolution. He basically takes Stephen Jay Gould’s ideas about punctuated equilibrium and shoehorns his Earth changes crankery into it. According to Felix, the pole shifts that cause ice ages are responsible for mass extinctions with one element of these events being fiery carbon nanodiamonds raining from the skies. That’s where the abiotic oil crankery plays into his grand “theory.” WorldNutDaily columnist Jerome Corsi occasionally makes guest posts on the subject. Felix claims evolution is driven by cosmic rays and other radiation in addition to these pole shifts. To do this, he draws on a number of old crank tomes (mostly Immanuel Velikovsky and some creationists) and fabricated “facts” and mixes it with generously cherry-picked and quote mined research done by actual evolutionary biologists, paleontologists, and archaeologists.

This is a busted planet right now, and yet to become worse.

RELATED : NASA Confirm NIBIRU PLANET X Is Headed Toward Earth And Bring Catastrophic Consequences. Will Convert Earth To An ICEBALL!