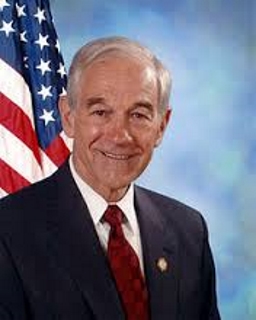 “According to Dr. Paul’s experience, as a matter of policy, the government has concluded that preventing the collapse of the U.S. Dollar is worth more than any one individual person’s rights. If the government has to, Dr. Paul says that it has in the past, and it will in the future, attempt to prevent a collapse by raiding the IRA’s of private citizens, and stealing their money.  Many people don’t think the government could or would be able to do this legally, but they have done it before, and will do it again if necessary. The problem today, is that people are grossly uninformed, and have no idea that it has been done before.”

Congressman Ron Paul warns that our money has been manipulated, the system is a wreck, the dollar – and all assets related to it – could collapse – and “The government could soon enact what I call financial martial law.”

By enacting laws that may seem unconstitutional, the government will confiscate anything they want in a last-ditch effort to save the economy “for the greater good.”  IRA accounts, pensions, bank accounts – all will be seized to prop up the failing system.  Ron Paul says that the government won’t hesitate to steal your money and Federal Reserve leaders have told him this is likely in the event of a financial collapse.  All it will take is a loss of faith in the US dollar and government.

The world has had faith in dollars and US Treasuries as the safest store of wealth for decades.  When that ends, and entire blocks of nations start putting their money in better alternatives, it will be as if thousands of people you had written checks to over many years suddenly start cashing those checks at a time when you don’t have enough money in your account.  Dollars will become worthless when people realize they are just a paper promise backed by a government no one has faith in anymore.

Many wealthy investors will die penniless, many retirees will have no savings, many employees will lose their jobs, and social chaos that follows will lead to martial law and dictatorship.  The only difference between what Ron Paul is saying and what I wrote about in Antichrist 2016-2019 is that I think the evidence points to God having written the playbook on end times events, whereas Ron Paul suggests that a greedy elite has written out the planned series of events to consolidate total power.  Either way, the screenplay has been written, the actors are on the stage, we know how this will end.

Most Americans think the only way the government can get at your money is with higher taxes.

But that’s simply not true…

As 3-time Presidential candidate and 12-term Congressman Dr. Ron Paul explained in a recent visit to Washington, DC, the government has a history of using several other novel approaches to get at your money.

One of these methods was used by Abraham Lincoln… another by FDR… and yet another by President Nixon.

Dr. Paul calls these approaches “Financial Martial Law”—and he returned to Washington recently to explain why the government is most likely to steal from citizens over the next few years.

More importantly: He detailed how the government is now discussing these and other various ways to get more of your money in the months to come.

After all, as Dr. Paul has said repeatedly: Nothing is more dangerous than a broke and desperate government, when it comes to your money. And no government has ever owed more than America does today.

If you’ve got any money in the bank or if you own anything of value, Dr. Paul’s message definitely affects you.

As the ‘professional’ unrest begins to ‘settle down,’ new calls for future unrest are growing. Several organizations are actively planning riots and protests for Trump’s inauguration day. The real question behind the ongoing nation in distress is, are we about to witness Martial Law ?

History has shown that once a soft takeover fails, next comes the “revolution.” Now, even celebrities such as Katy Perry and Sarah Silverman are calling for a “revolution in the streets.”

The communists have one ‘soft’ chance left to attempt a political takeover, and that is the electoral college. After that fails, then it is reasonable to assume that those who have spent hundreds of millions of dollars to overthrow the constitution, would instruct a violent revolution.

The question is, is the radical left about to engage in a prolonged campaign of chaos, violence, and physical intimidation, which would inevitably lead the United States to Martial Law?