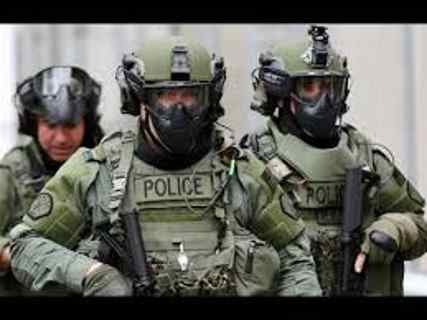 “There is no crisis for those that prepare for crisis”

“Growth is our priority and goal, we will do everything to generate growth.”

Let’s go with the facts!

The 7 Year Cycle of Economic Crashes

Many, and that includes high ranked financial personalities, believe that somehow our financial and economic path is connected and follows the well known “7 Year Cycle”.
Just a quick note. Today the world is connected and the economy is globalized, meaning that everything that happens in the USA, Europe, Asia or any place, hits the whole world in a matter of months. An economic independence for a country does not exists, even for Switzerland.

2008 – The latest economic collapse that today there is still some people strugling with it. Lehman Brothers collapsed and we entered into a recession. The Dow Jones crashed. Millions of jobs lost around the world the following months.

2001 – The Dotcom bubble burst. The stock market collapsed and the USA entered into a recession. And let’s not forget, that was the year when the 9/11 terrorist attack occurred.

1987 – In finance, Black Monday refers to Monday, October 19, 1987, when stock markets around the world crashed, shedding a huge value in a very short time. The crash began in Hong Kong and spread west to Europe, hitting the United States after other markets had already declined by a significant margin. The Dow Jones Industrial Average (DJIA) dropped by 508 points to 1738.74 (22.61%).[1] In Australia and New Zealand the 1987 crash is also referred to as Black Tuesday because of the timezone difference.

1980 – The Early 1980’s Ressession, affecting most of the developed countries and contributing to the Latinamerican debt crisis.

Following this 7 year pattern, we understand that 2015 – 2016 is the next season for economic collapse by any origin or cause.

Some elements that are aligning that could contribute to a crisis.

– Price war on Oil may continue for sometime and nobody knows where is this going to end. There are all very different and opposite opinions regarding this issue among all economic experts and analysts around the world.

– Europe and USA economies are certainly not out of the woods as some analysts were saying, infact, the Bank of International Settlements have already warned about a rapidly bubble forming that could burst at any time from now.

– There is not real growth in the Eurozone and is even shrinking. Plus the unemployment situation is not improving.

– We have several warnings from world financial institutions including the World Bank.

– Conflicts around the world, middle east and even USA and Russia are worsening instead of easing. Currently we don’t know how it will going to end. This can affect dramatically the world economy.

– Interest Rates will rise sometime soon before the end of this new year if not sooner. This would affect from Credits to Real Estate business.

These are some facts and situations that could contribute to an economic crisis soon which by the pace we are observing, they will end up aligning with the “7 Cycle” pattern described above.
There are certainly more data available and certainly more elements to list and we invite you to make your own research too.

How Do We Prepare?

We have a clear objective which is to make money in any situation, specially on times of crisis, we did it before in 2008 (we prepared for that since 2006).
Today, if you make your research, you will find out that many investors out there (to not to say “all”), are desperately looking for the right places (assets, sectors, markets…) where to invest, because they know the economic near future will be not in good shape and is currently presenting many signs of fracture.

So for that matter, we must understand where is the best place (market sector) to invest.
Our analisys show that Real Estate and Oil Energy will be not-so-good sectors to invest in, for several fundamental reasons.
Renewable Energy and Technology (includingCybersecurity) will be good sectors to invest in.
The Stock Market, referring to buying stocks will be extremely risky.
Gold has lost its appealing lately, specially after the “No” vote in Switzerland. Not excluded though. At certain point it can be considered again as a safe-heaven.
Options, Forex, CFD and Binary Options trading will be the best options to build and maintain wealth.

This is confirmed by several articles from Financial firms which are announcing an increasing flow of investments on Hedge Funds this year and in the future in order to investors to get protected from any economic downturn on the traditional and more exposed sectors, that could happen sometime soon, 2015 – 2016.

We are already working to extend our list of Forex brokers to work with, from 2 (currently) to up to 8 in order to ensure the connection and backup with the most number of solid Liquidity Providers, such Saxo Bank, CitiFX, Deutsche Bank, CommerzBank, Sucden Financial, Fortress Prime, Advanced Markets, Liquidy for Brokers, Fortex, Swiss Quote, Boston Prime, Dukascopy and Sentry Derivatives.

We are negotiating the collaboration with a well known broker which will be distributing our trades among its private members; the constant operation could generate an extra source for the growth of our Fund with amounts going from $1000 to $500000 (half million) monthly.

How It Will Work?
Our trades will get automatically copied/distributed among their traders. Depending on the amount of funds that flow through the service by the traders members, will generate the income amounts mentioned above, through spread and commissions.
The better we perform, the more flow of funds we will generate.
We calculate that this contract with the broker will be in execution in 3 – 5 months from now, if not sooner.

We are reducing the number of instruments, unless clear opportunities arise.
We are mainly focused on #WTI US OIL, #Dow, #Dax30, EURJPY, USDJPY on Forex, CFD and Binary Options side, while following key companies on the Options side.

What Should You Do?

As you may already know, to earn we have to invest. Without invest there is not gain.
So investing to gain has to be your priority.
Focus on your preparation, studies, working hard for your objectives and invest.

Extra money for you
As any other Hedge Funds, Fund Mgmt., Brokers, etc, We will also pay a commission to those members that introduce the fund to new investors. We can discuss 5 – 10% commission.(source)