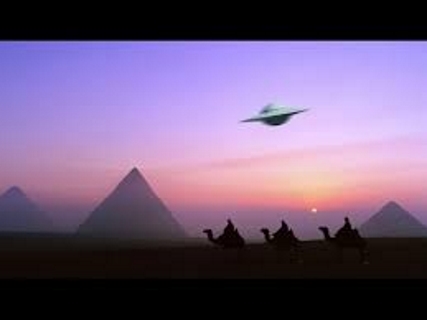 In the first half, remote viewing teacher, Edward A. Dames, Major, U.S. Army (ret.) spoke about what he’s uncovered remote viewing covert ET and human agendas. According to Dames, the government is aware that the ‘Killshot’ (severe, damaging solar flares that he’s remote viewed in our future) is coming, and making preparations to retreat to underground facilities such as at NORAD and the Denver Airport. While he can’t pin down a specific time frame for the Killshot, he believes that a nuclear burst on the Korean peninsula, used in anger by the North Koreans, will be a precursor, with the flares following shortly after that.

As a demonstration of how remote viewing can be used to probe enigma and mysteries, he did a viewing of the ‘dragonfly drone’ photos and determined that the craft is not actually an object at all, but a hoaxed computer generated superimposition between the clouds and the ground. He warned that Fukushima radiation spreading to the West Coast will be a serious problem, and that we could expect martial law in the US for any number of reasons, including a pandemic. Dames also touched on his remote viewing of nuclear terrorist threats, the downed Malaysian plane, and Sasquatch. In the more distant future, he described a problem with the Earth’s ozone layer that is mitigated by ET intervention, with aliens that look similar to us, even though they’ve been raised on other planets.

In the latter half, Dr. Carmen Boulter revealed an astounding new discovery in Egypt found using a state-of-the-art, satellite-based deep penetrating radar scan. The scan reveals 82 enormous chambers on two distinct levels at great depth near a largely unknown pyramid south of Cairo (view related images). The history of the deep underground site stretches from Herodotus in 450 BC to an excavation in 1881 by William Flinders Petrie. There are four distinct layers– with the first layer Roman, the second layer Ptolemaic (Antony & Cleopatra era), while the two lower, older layers, remain mysterious and go down 60 feet, and 130 feet.

The find is 107 acres– the equivalent of 81 football fields, with five of the rooms bigger than Olympic-sized swimming pools. “I don’t think it was at the surface and all that sand accumulated over the top over time. I think it was meant to be underground from the get go,” she surmised. If you look at the scan, the chambers and the two deeper levels are not connected, which suggests they may be from different time periods, she noted. Boulter theorized it’s possible that ancient ET visitors used the underground chambers to initially orient or acculturate to our planet. She also spoke about the advanced technology of the ancient Egyptians and how they were a seafaring people, with evidence of visiting and trading with the Americas.