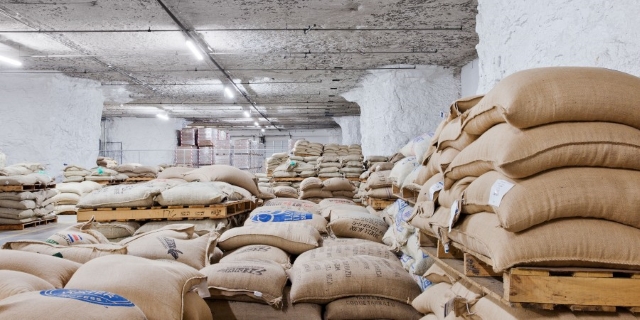 A big surprise underground. Never knew this existed until yesterday. I wonder if there are anymore like this across the U.S.

This does not look like an old mine to me. Someone has spent a lot of money to build this. I could be wrong but it sure looks like those underground bunkers that the government spent $41 trillion on. Maybe someone who lives near there can clarify if indeed this was an old mine.

Let’s just say for argument’s sake it was an old mine; they still have spent a whole bunch of money to modify it. I wonder if anyone can just go and visit it or is it guarded also? I can’t really tell from these pics. I sure would be interested to find out just how many living quarters are inside this place.

So when Planet X arrives, I guess now you all know we’re to take shelter. I wonder how many more of these places there are around the country.

There is also underground entertainment. Check out this video; it is a great place for young ones on bikes.

Check this out; it looks like we have taken to living underground before. A man in Turkey discovered it under his house. Simply amazing.

So after Planet X crosses our path and creates much destruction, are the ones who survive going to have to head underground for protection? Will this be a new way of life? If Planet X destroys most everything, I wonder what we will feed on. Well, we have survived this before and we were not as advanced as back then, so maybe we can survive.

I was reading the article and listened to the audio in it that Bob Fletcher has declared that we will see Planet X in either December 2015 or 2016, or as far out as 2017. Now, I have a lot of respect for Bob but this is very confusing to me, as according to Marshall Masters, he has personally seen it in the Southern Hemisphere. There are videos of the sunrise in Hawaii and you can see it clearly. There was the footage from the Antarctic where you can see it, so I am getting very confused as to who to believe. It would be nice if all these experts who have spent years gathering info on Planet X would get together and compare notes.

Is anyone else confused? Even I could have predicted those dates and felt safe for a few years in my predictions.

I know that if I tell people that I know, oh, you are okay until 2017, I think I would lose a lot of credibility. That is why I do not put dates on anything. These guys have to understand that people react to the info they put out and I for one do not want to look like a fool and it really making me wonder.

This is where doubt sets in for all us regular folks, so if you experts ever read this, please don’t make outlandish predictions; it only hurts everyone.

Having said all that, I still believe that something is going to happen because of the big preparation by the world governments. Maybe it will be a nuclear war; sounds more probable than Planet X right now. I may sound a little negative but I am getting annoyed and frustrated. I just want the damn truth. Comments are welcome on this point for sure.

I was thinking last night, while laying awake at 2:30 AM, as I usual do, and was wondering if all the high-ranking church officials like the Pope actually warn all the priests and ministers and rabbis about the coming of Planet X, or aliens, or any catastrophe that they have been made aware of by the governments of the world; or are they going to let them perish with the rest of us? I guess we will find out one of these years … or months … or weeks, depending who you listen to.

I very much appreciate those who posted questions to me and I hope my answers were acceptable, but I have to remind everyone that I am just like you guys, looking for the right answers. I am sure we will get them at some point in time but it is nice to know that I am not alone. I will keep searching and try to bring you better things to read.

It seems that everything I see now is pivoting on a timeline of September 22nd to the 25th; not sure whether that is the real beginning of doom. I just hope it’s not just people’s imaginations running wild.

I just read something this morning that made the hair stand on the back of my neck. You must read this. John Moore has stated there is a direct link between Jade Helm and Planet X; he also mentions this September. If true, you’d better get ready.

I think even though we are confused, I would rather be ready and it not happen than to think it is years down the road. The pieces seem to add up and I am going with this September as the beginning of hell.

ELITE UNDERGROUND BUNKERS – Why Are So Many Of The Super Wealthy Preparing Bug Out Locations?