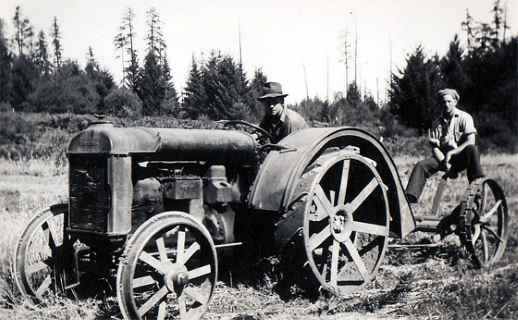 We can learn from the philosophy of ‘using and reusing’ that Depression era folks were forced to live with. We can learn by examining what the skills were during the Great Depression era. Who were those that were able to find some work, those who were better able to survive those very difficult times?

What were the survival skills of that time and would they apply to surviving in a future post-collapse world?

Perhaps the most learned skill during the era of the Great Depression was that of frugality. Frugality in all things.

People had no choice but to make do with very little. They managed to survive. The things we throw away today or the things we take for granted would be treasured and used to its fullest back then…

Every scrap of food. Everything. Every part was used to its fullest potential.

You know how most people throw out what’s left of a ketchup or mustard bottle (for example) with maybe that last inch of stuff on the bottom that won’t come out? Well they would get it out… Add a bit of water in there and shake it up, and it will come out. Things like that… frugality. No waste.

Frugality was a necessity of life. Nothing at all was thrown out.
They would improvise, adapt, and overcome.
A mindset.

Farms. There were lots of farms back then. Today in the United States, fewer than 1 percent claim farming as an occupation.

The farm was a place where resources and nothing went to waste. The cows, chickens, livestock were mostly fed from the food that was grown on the farm as much as possible. Old bread, corn cobs, apple cores, and other kitchen scraps were fed to the hogs. Then the livestock’s manure was collected and used to fertilize crops.

The farming lifestyle was self-sustaining. Gardening. Food preservation. Outdoor skills. Animal husbandry. Butchering. It involved many and countless hands-on skills from building fences to successfully growing foods to managing livestock, and everything in-between. If you lived on a farm, and the farm was not indebted (or indebted beyond the ability to keep paying), then you could survive.

RELATED : Dutch Bucket Hydroponics – How It Works & How to Make Your Own Buckets

A good handyman, someone with construction skills, someone who knew how to fix ‘anything’ so to speak, or patch anything up and make it work again, was someone who could perhaps occasionally find some work or trade his services for food or shelter for awhile. Subsets of a handyman might include carpentry, masonry, plumbing.

To become a ‘handyman’ requires practical life-experience knowledge and skills from ‘doing’. It is learned through action. Getting one’s hands dirty…

To fix machines, machined things, and/or vehicles. Someone who knows tools and has knowledge and skills using equipment like the lathe, the milling machine, the drill press, the saw, grinding, forging, welding, etc.. Knowledge of how vehicles work. Engines. Pumps. Hydraulics. And the tools to work with…

There always was and there always will be those who need medical care. The field of health care, doctors, nurses, etc.. was and will always be a necessary service and skill(s). The advancements in this field have been tremendous and extraordinary compared to the era of the Great Depression. That said, without the technologies of today, there will still always be demand for those who can help others with their medical needs and conditions, emergency or otherwise.
I’ve listed a few depression era skills above, and I believe that they would apply towards what would be valuable during life in a post-collapse world where we’re set back in time so to speak.

Let’s hear your additional thoughts about what may have been ‘valuable’ skills back then, and what survival skills might be valuable in a similar (but probably much more dangerous) world of tomorrow… ?(source)

RELATED : 25 Must Know Skills For Surviving The Coming Nightmare 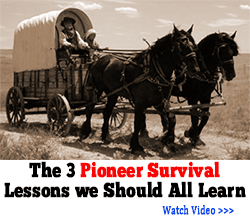