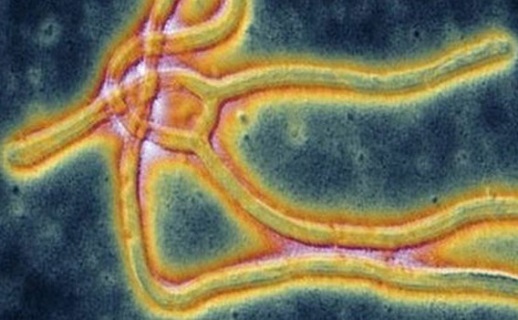 It sounds simple enough, but is it really?

Our government is not helping us – the flights from Ebola infected countries continue and our southern border is still porous. While some of the nations hospitals are equipped to handle (perhaps several) Ebola virus cases, the majority of hospitals are apparently not well equipped or trained (or have the technological capacity) to safely accept and treat Ebola virus patients.

We could be (right now) in a window of time where the Ebola virus in the United States is taking hold within people who have been in contact with Duncan (now deceased), a Dallas nurse – Nina Pham (tested positive for Ebola), and perhaps some of the others who have been involved in one way or another with this first outbreak. The next wave ‘could’ be right around the corner.

The risks also continue to increase as people are allowed into the United States from African countries where Ebola is raging (although they’re apparently scanning passenger temperatures for fever at some airports).

We have not heard much, if anything, about those who are now quarantined (the Dallas case), the NBC news crew from Liberia (although I heard yesterday that Nancy Snyderman violated her quarantine and was out at a NY restaurant), while a media brownout is underway with little new information other than soothing reassurance (avoiding panic).

There are reports of others dieing of Ebola in countries outside of Africa (one just reported this morning from Germany). Ebola virus patients have been treated in the United States, UK, Norway, Spain, Germany, France, and of course the origin in Liberia, Guinea, Sierra Leone, and Nigeria.

The Ebola outbreak in Africa was first reported in March 2014, and has quickly become the deadliest occurrence of the virus since it was discovered in 1976.

The World Health Organization (WHO) admits the figures are underestimates and warns there could be as many as 20,000 cases by November

This means staying away from people or situations where the Ebola virus might exist. This is true of any pandemic situation. Common sense.

For hospital workers and those who support the hospitals, this will be a difficult situation indeed. It will obviously require the right tools, protection, and training. Even then, one mistake could be fatal. If the Ebola virus does catch fire here in the United States, victims could potentially be showing up at any medical facility looking for treatment – and not all facilities will be properly prepared for this. If you are in any way associated with hospital care, I would do as much research that you can about this. I would suspect that for those of you in this situation – that this has been a hot topic of discussion with your colleagues. I would be curious to hear from you (comment below) about what the word is around the water cooler…

MORE : 10 Things You Need in Your Home During The Ebola Crisis

For those of you who work in critical infrastructure – power generation, water, transportation, food distribution, hospitals, etc.., if an emergency is declared – you will likely be sequestered and required to stay on your job. If the Ebola virus turns to a wildfire in this country, be prepared for the possibility of sequester. If this is you – and if this begins to look like you might be sequestered, I would suggest that you build a significant kit kept in your vehicle with the supplies which you believe will help you the most while sequestered (assuming they let you go to your vehicle).

For the rest of us, the way to survive the Ebola virus is to avoid contact with other people and public places if the virus is in your region. If you do that, you won’t get it. This means staying at home.

The most difficult decision will be ‘IF’ the Ebola virus crops up in your region – will you continue to go to work… The risk tolerance from one individual to the next can be very different. Some may choose to skip out on work during early onset, while others will not (skip out) at all. It will be a personal decision based on your perception of risk in your immediate area. The problem is with this Ebola virus – it is so deadly. It’s not like getting the flu for a week – it’s like getting dead.

For many or most preppers, I’m preaching to the choir when I suggest keeping enough supplies at home to survive a pandemic – and it may sound like I’m beating the same drum over and over to those who regularly visit this site. However given the enormous concern about this Ebola virus (evidenced by clear web-search trends and current discussion participation around the internet) I know that there are always new people landing on our website – perhaps many of them new or curious about being better prepared.

To survive the Ebola virus, if it gets out of control (which it already has in many places), you will need to survive at home – without going out into public places like the grocery store. For how long? That’s unclear at this time. At the very minimum, I suggest having a 3 month supply of food and consumables. 6 months is better. Etc.

Since apparently the Ebola virus can be ‘caught’ from an infected symptomatic person having previously touched a door knob, a grocery cart, etc. (I’ve heard up to several hours?) and/or from being within the vicinity of a cough or sneeze, then the way to survive Ebola is to not be near it. It is unclear how long the virus could sit there and remain a threat. Flu viruses and other germs can live two hours or longer on hard environmental surfaces like tables, doorknobs, and desks.

You should examine what you already have at home, and then quietly go out (now) and fortify what you have with what you still need.

If this all blows over and the Ebola virus is contained and squelched out, you will breathe a sigh of relief and you will now have a storage of preparedness food and supplies for any other crisis. It’s good insurance. 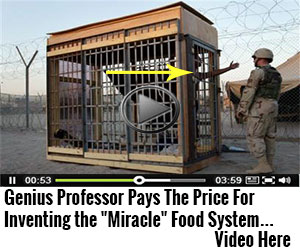