If we do not change course, our once great nation will be destroyed by an economic collapse because of the $22 trillion dollar government debt that has grown wildly out… Read more »

Shocking video of the imminent economic collapse and the Next Great Depression. After a little bit of a lull, the international currency crisis is back with a vengeance. Currencies are… Read more » 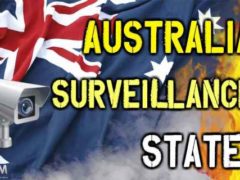 Since the last economic collapse and market crash, we have witnessed the greatest corporate debt binge in U.S. history. Corporate debt has more than doubled since then, and it is… Read more »

How Fascism Comes to America I think there are really only two good reasons for having a significant amount of money: To maintain a high standard of living and to… Read more »