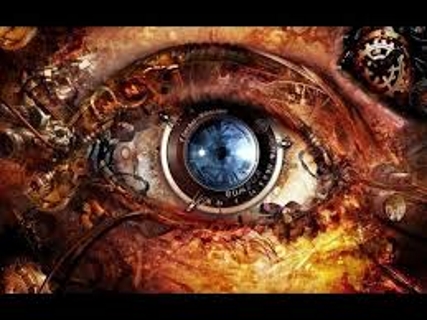 The need for humans to participate in armed conflicts could soon be over. The next generation of military hardware might be able to think and act for itself.

Military hardware will soon consist of “autonomous robots that know neither pity nor fear” — quite a step up from the current generation of UAVs and drones operated by humans from the safety of military bases hundreds, if not thousands, of miles away.

A report by the Massachusetts Institute of Technology hails the era of “technologies that emphasize listening to everything, all the time,” ubiquitous surveillance aided by microphones installed on new smartphones, such as Google’s Moto X, that do not run off the main battery and can, “continually monitor their auditory environment to detect the phone owner’s voice, discern what room or other setting the phone is in, or pick up other clues from background noise.”

While the article fails to mention the nightmare privacy implications that this technology would engender, it focuses on the innumerable apparent benefits. The technology could, “make it possible for software to detect your moods, know when you are talking and not to disturb you, and perhaps someday keep a running record of everything you hear.”

It sounds like Big Brother and invasive Minority Report-style advertising rolled into one.

Chris Schmandt, director of the speech and mobility group at MIT’s Media Lab, relates how “one of his grad students once recorded two years’ worth of all the sounds he was exposed to—capturing every conversation. While the speech-to-text conversions were rough, they were good enough that he could perform a keyword search and recover the actual recording of a months-old conversation.”

Is NBC predicting RFID implanted in Americans in 2017 or are they the mouth piece for the beast?

If you take the RFID Microchip they can TRACK your every move, Control your MONEY, Control your FOOD and possible even KILL you if you don’t obey!

The bill would allow voluntary microchip implants, as long as they’re performed by a physician and regulated by the Georgia Composite Medical Board.

” In the massive US HEALTHCARE BILL, which your elected representatives voted for without reading, there is a section titled: Subtitle C-11 Sec. 2521 — National Medical Device Registry which states:

As the microchip implant moves closer day by day, along with the “manufactured crisis” of illegal immigration, the problems of states like Arizona are creating an environment where Senators Charles Schumer (D-NY) and Lindsey Graham (R-SC) are moving legislation forward that would require all U.S. workers, citizens and resident alike, to obtain and carry a National Biometric ID Card in order to work within the United States. It does not matter where you stand on the issue of amnesty or immigration, everyone is going to have to have a National Biometric ID Card that will eventually contain an RFID transmitter which will allow Big Brother electronic data bases to track all of your personal information. It is a simply a national ID card under another name. The national ID card will transition into a microchip implant, because that is technically more efficient. matrix pill

Imagine a world in which you can buy anything in secret. No banks. No fees. No worries inflation will make today’s money worth less tomorrow.(source)

A Shocking NBC News Report Says The Elite Are Preparing To Chip Everyone, Starting With Our Children