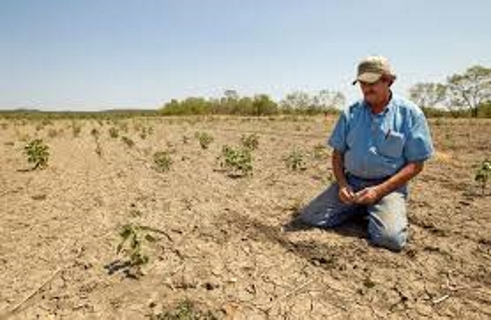 As water resources in California near a worst-case scenario where all surface water sources have run out, the ultra wealthy have yet to pull back on their usage. In response, counties all over the state have implemented water restrictions with hefty fines for those who go over their daily allotments. But those fines, often amounting to a small drop in the bucket for the more well off, have done little to curb use in high dollar communities.

Moreover, though California’s sanctions purportedly aim to save water, largemega corporations like Nestle and Walmart are still pulling water out of the ground at fractions of pennies on the dollar and reselling bottled products for hundred-fold or more profits. It’s been reported, for example, that Nestle puts a mark up of 53 Million percent on a single bottle.

So while California lawmakers argue that the new restrictions make water usage equal for all, the fact is that, as George Orwell so succinctly put it in his classic novella Animal Farm, “all animals are equal, but some animals are more equal than others.”

Nowhere is this more apparent than in the hustling and bustling neighborhoods of the ultra wealthy, where sustainable living advocates like Barbara Streisand and other elite stars continued to use thousands of gallons of water to keep their lawns green. After photos of their opulent lifestyles hit social media in recent months some have pulled back, but others, like Steve Yuhas, argue that if they have the money to pay for the water, including fines, they should be able to use it as they see fit.

If you can pay for it, he argues, you should get your water.

People “should not be forced to live on property with brown lawns, golf on brown courses or apologize for wanting their gardens to be beautiful,” Yuhas fumed recently on social media. “We pay significant property taxes based on where we live,” he added in an interview. “And, no, we’re not all equal when it comes to water.”

It’s a debate as old as America, and one that is hard to argue with. Yuhas isn’t alone in his views. Water is distributed equally when it leaves a particular plant, but once it passes through someone’s water meter, it is then owned by the person paying for it. If they have the money to pay, then what’s the problem?

“California used to be the land of opportunity and freedom,” Barbre said. “It’s slowly becoming the land of one group telling everybody else how they think everybody should live their lives.”

“Some people have a Prius; others have a Suburban,” Gramckow said.“Once the water goes through the meter, it’s yours.”

Determining who’s right in this argument remains an open question.

But what water scarcity in California highlights is that those with money will always have first dibs on resources.

Today it’s water, but according to experts, should California’s drought continue the state will be dry within a year. That may not sound like a big deal to Americans in the other 49 states, but NASA has warned that the entire U.S. food supply could be threatened:

And with California as the United States’ most valuable agricultural state, and thus key to America’s food supply (and much of the world’s as well) that could mean drastic consequences for food commodity prices and potential shortages.

But for the ultra-wealthy and those with means, potential shortages for the general population are meaningless.

As demonstrated with the water battles taking place now, those who don’t have enough money to cover rising expenses, be they in the form of higher prices or financial penalties, will have to make due with their government-mandated allotments.

If you don’t make enough money to acquire those resources we so desperately need to survive and maintain our standard of living, then that’s tough. You’ll just have to deal with it.

In a worst-case scenario, the bigger fish will undoubtedly take from the smaller fish. Consider a situation where a national emergency is declared. Whatever the reason, imagine that access to fresh water, food, gasoline, electricity or other critical resources becomes limited.

Analyst Greg Mannarino warns that such a scenario, where resources become scarce, could lead to the deaths of millions.

Millions upon millions of people are going to die on a world-wide scale when the debt bubble bursts. And I’m saying when not if…

When resources become more and more scarce we’re going to see countries at war with each other. People will be scrambling… in a worst case scenario… doing everything that they can to survive… to provide for their family and for themselves.

The wealthy will certainly have the ability to pay, even if that means acquiring those resources through black-market deals. Government officials, however, will have another method for taking what they need (or desire).

In 2012 President Obama authorized what many have dubbed the Doomsday Executive Order, which essentially gives federal officials authority to seized everything from food producing farms and water wells, to entire industries and the labor forces which make them possible.

While millions of people have been preparing for the possibility of a catastrophic event by relocating to rural homesteads or farms, as well as stockpiling food, water, personal defense armaments and other essential supplies with the intention of utilizing these preparations if the worst happens, the latest executive order signed by President Obama on March 16, 2012 makes clear that in the event of a nationally deemed emergencyall of these resources will fall under the authority of the United States government.

So, in the end, whether you agree with Steve Yuhas or not, his assessment is accurate.

When it comes to resource control and acquisition, politicians and the wealthy, will always be just a little more equal than the rest of us. 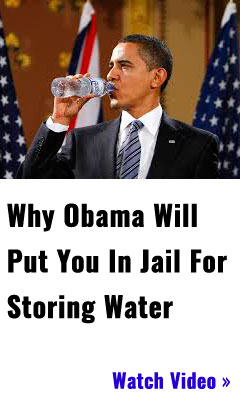