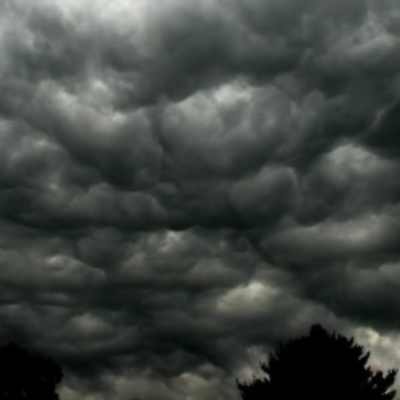 A recent Reuters poll revealed some interesting insights into the mindset of many Americans today. A large majority (73 percent) revealed that they believe we are “off on the wrong track”.  Nearly half of those polled (47 percent) also believe that the “worst is yet to come”. This is up 13 percentage points from a year ago. Of course this all comes on the heels of the contentious congressional debt ceiling debate, the first credit rating downgrade in United States history, a two-week roller coaster ride in the stock market, and a jobless rate that is almost 10% and stagnant in many parts of the country. Some experts believe that number could be as high as 22-25% when you factor in the underemployed and those who have stopped looking for work, altogether.

Even more alarming is the recent CNN poll that revealed 48 percent of Americans believe it is likely that another great Depression will begin within the next 12 months. I believe these polls show there is a gut feeling across the country that all is not well here in the USA.

There are some truly eerie things happening across our country, right now, which in year’s past, most Americans could not even fathom happening on our soil. We are coming apart at the seams as despair sets in, and as Gerald Celente has said, “when people lose everything and have nothing else to lose, they lose it.”

Some media outlets would like you to believe that things are getting better, but those also happen to be the same people who told us that America’s credit rating would never be downgraded. Consider the following:

It now takes the average unemployed American 40 weeks to find a new job.

Food and gas prices are soaring as paychecks and the housing market is crashing.

Approximately 28 percent of all home loans in the United States are “underwater”.

The number of Americans that are put in prison has nearly tripled since 1987.

Today many felons are being released or never tried due to overcrowding and decreased man-power in states that are broke.

Prior to 2014 many had not heard of “flash mob robberies”. This is where a large group of people comes together, often organized via social media or texting, and rob or mug a specific store or target. It is often difficult to identify the thugs due to the numbers, the swiftness and their covered faces. Today these types of flash mobs are in news headlines across the country- Chicago’s shopping mecca was dubbed “the Mugnificent Mile”, Philadelphia instituted a curfew, Los Angeles, Ohio, Milwaukee State Fair, Iowa and Maryland have all been targets of “flash mobs”

Will You Be Ready When The Excrement Hits The Flabellum?

Although the outlook of our current economic reality is stark, we can never let our fears paralyze us from getting prepared. Being prepared for an economic crisis is no longer considered being paranoid; it’s prudent.

The degree to which a person can be prepared, whether it is for an economic collapse or any other disaster, can span greatly. Many people are so well-prepared they are able to live “off the grid” and not rely on any public utilities. As a mother in a suburban neighborhood, that is not the case for me. Although, truth be told, my idea of “living off the grid” is a spa vacation in Fiji.

Here are a few basic starting suggestions for those interested in “prepping”. This list is far from inclusive; however it is a great starting point for an economic, natural or man-made disaster.

Get out of debt and reduce expenses by learning to live on less. In times of economic calamity the stress of debt can be debilitating.

Have extra money on hand (in small denominations) in case you can not access money from a bank or ATM.

FEMA recommends you have at least three days of food and water on hand, (a great goal for those just starting out), however most “preppers” say you ideally want one year’s worth of stored-up food and water. You can do this cost effectively by using coupons, going to discount grocery stores or even shopping for food at estate sales. You may not get your favorite food brands, but in times of crisis you probably won’t care. You should, however, make sure what you buy is something you are willing to eat or you can barter with.

Another great option is to own freeze-dried food. Although you can cook with it in your everyday meals, the main reason you’ll want to have some on hand is because freeze-dried food has a 25-30 year shelf life and takes up little room. (Canning is also making its way back into many household and is very easy to learn the basics.)

FEMA also recommends three days of stored water on hand in case the water source becomes contaminated. You can do this by buying extra bottled water or filling up specific water storage containers. There are also water purification tablets and filters you can purchase. The purification methods will disinfect almost any water and make it safe for drinking.

An emergency “grab and go kit” is important if you have to evacuate your home quickly. You can purchase these kits already assembled or tailor one to your specific needs. The important contents food, water, materials for shelter, first-aid kit, etc. Adding copies of your important documents like your passport, driver’s license, birth certificates and important numbers is another important way to be prepared. Extra clothing, a blanket, can opener, cutting tool and a fire starter are useful tools to add to your kit.

Aside from the basics (food, water, shelter) there are items that you can be certain stores will quickly run out in times of economic distress. Many of these items have dual purposes for survival and for bartering.  For example, one of the reasons gold is so valuable is its intrinsic value- there is a limited quantity, it does not easily get ruined and it is dividable. These items you may not be of use personally to you, however in tough economic times, these items become valuable and can be used for bartering.

Hopefully, we can be so prepared, both physically and spiritually, so that when disaster does strike, not only will be able to survive and thrive, but we’ll be in a position to help those friends and neighbors who didn’t see it coming.