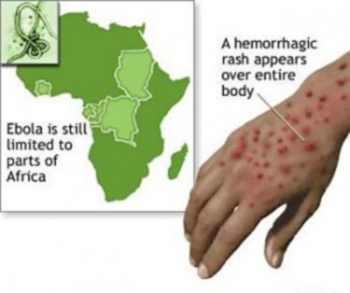 It is still limited to Africa…for now.

The Ebola outbreak in Guinea has reached the capital Conakry. The strain has been confirmed as Ebola Zaire, the worst of the five known strains.

* Ebola Reston: no known human cases so far, though five people have been found with the antibodies to Reston in their system.

The disease has travelled 526 miles from Nzerekore to Conakry since Wednesday. It is a highly infectious disease and there are fears that community spread has already occurred.

With an incubation time between 4 and 21 days, and an average mean of 16 days, the amount of people an infected person has come into is considerable. Public transport is often overloaded and crowded living conditions give the disease ample opportunity to spread.

The fatality rate in the current outbreak is 63%, this equates to 70 deaths out of 111. So concerned is the Senegal government that they have closed their borders with Guinea until further notice. Eight cases have now been isolated in the capital Conakry.

Guinea is an abjectly poor country and medical aid workers have arrived in the country and the EU has sent $690,000 to assist them in stopping the spread of the disease.

Liberia and Sierra Leone are reporting 13 suspected cases between them which have resulted in 11 deaths.

Ebola can be passed in all body secretions including sweat and can be passed to people via inappropriate handing of corpses. It can be passed via wildlife, either by a biting or scratching injury or by eating an infected animal.

What governments and clinicians fear is a person incubating Ebola travelling through an international airport, infecting people from around the globe, before boarding their flight. With the average incubation taking 16 days tracing contacts of an infected individual would be a logistical nightmare. Many believe it would be an impossible task as airports only hold names of those booked on flights, not friends and relatives who are seeing them, and thousands of others off on their journeys.

After three decades in the health care environment I am not easily scared by bacteria and viruses. Out of all the diseases that are capable of doing us harm, Ebola scares me the most, in fact it terrifies me.

If there is just one confirmed case in the UK me and mine are in lockdown until I am certain there are no further cases.

Red Alert — Ebola is Back